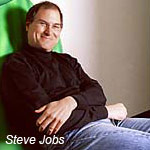 Not since Richard Nixon was seen leaving on a jet plane in 1974 has one man’s resignation created the kind of hoopla that Steve Jobs’ stepping down as CEO of Apple has generated. What does this have to do with the toon trenches, you ask? Well, in addition to being the driving force behind all those little flashing, beeping things that now govern our lives, Jobs was also a crucial player in the evolution of digital animation. While this aspect of his career doesn’t always get as much press as does his being the guru of gadgets, the simple truth is, without Steve Jobs, feature animation would not be the juggernaut it is today.

The last time I spoke with Steve Jobs was in 2001, when he was chairman and CEO of Pixar, a company he founded in 1986 with Ed Catmull, after buying the division of Lucasfilm that Catmull headed up, then called The Graphics Group. “I met Ed Catmull and he shared with me his dream of someday making the world’s first computer animated feature film,” Steve told me. “I bought into that dream both literally and financially.” While the dream was still nearly a decade away, Steve said that Pixar’s alliance with the Walt Disney Company was not:

“Our relationship with Disney started in 1986 or 7, the first year we were a company. When Disney ran into some rough times and hired Michael Eisner to turn the company around, there was talk of shutting animation down. Roy Disney decided that the way out of this was to automate some of the animation, so it could be more affordable, and so they could get some new capabilities. So Roy had a team do a worldwide search for technology which could help their 2-D cel animation process, and guess who they picked? Pixar. Roy was the first person from Disney ever to visit Pixar. We did a deal with them to create all the graphics that became a 2-D paint system called CAPS [Computer Animation Production System].” 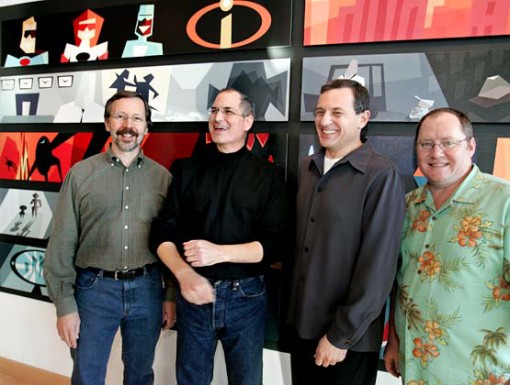 It has to be said that, since those words were spoken, several flash-floods have passed under the bridge in the Disney/Pixar relationship. But one piece of wisdom that Steve imparted to me a decade ago seems as relevant now as it was just as the digital animation volcano was getting ready to blow:

“The movie business is really different than the computer business. In the computer business, if you buy a Macintosh, you’re probably not going to buy a Dell, so there’s a winner and a loser. In the movie business, if there are three lousy movies playing, you don’t go see any of them. But if there are three really great movies playing, you’ll probably go see all of them. So other good movies do hurt each other a little bit, but it’s surprisingly little, because the market’s so elastic, based on quality. We really think our greatest challenge is not going to be from a competitor. Our greatest challenge is whether we can come up with a movie that everybody wants to see.” 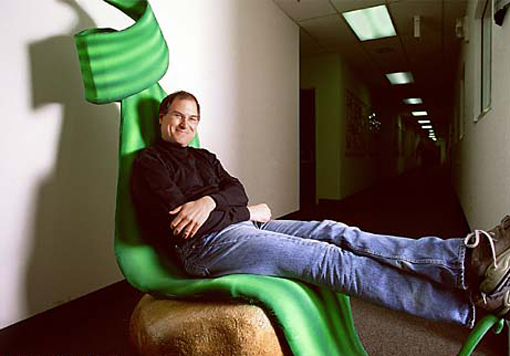 The world speculates on his health. All I can say is, “Take care of yourself, Steve.”