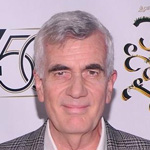 Last week would have been John Lennon’s 73rd birthday, a fact that was widely recognized around the world. While a lot of people realize that in addition to being a legendary musician Lennon was an artist––a “doodler,” is the most commonly used description––most don’t know that an entire animated film was made from his work.

I’m not speaking of those gonzo 1960s Beatles cartoons, which Lennon was said to have initially disdained, and then came to enjoy, or even the classic Yellow Submarine, which featured him as a character and contained original songs, but not his speaking voice. The animated film to which Lennon directly, albeit posthumously, contributed was John Lennon Sketchbook, which was produced in 1986 by Lennon’s widow Yoko Ono, and directed by artist and animation historian John Canemaker.

Canemaker’s reputation as a writer, educator, and chronicler of the Disney Studios during their early decades sometimes overshadows his work as an animator. Back in 1994 I spoke with John about some of his projects, including the Sketchbook. “It was sort of a little experiment we had done,” he told me, adding:

“I’ve found recordings of Lennon actually predicting his own assassination, and I used them on the soundtrack and Yoko approved it. I just went ahead and had him talking, using his drawing. That was the basis of the whole thing, because he was a marvelous doodler.”

Doing a tribute film in which the subject predicts his own death might seem a little somber for animation, but John told me his entire professional thrust has been to use the medium for projects that might seem unlikely rendered in cartoon imagery:

“I seem to be fortunate to have done enough of these projects that take animation into areas it doesn’t often go into, serious subject matters. I did a film for HBO called You Don’t Have to Die, which won the Academy Award as the best documentary short. That was about a kid who has cancer. And I did a film called What Do Children Think of When They Think of the Bomb for PBS, which was about nuclear war and the fears about it. I’m well aware of how ghettoized animation is [this is 1994, remember]. Many people only think of Disney when they think of animation, so I do often run into people who haven’t thought about animation in a profound or serious way, being able to deal with serious subjects. But I love doing this type of animation. I’m so lucky that people come to me because I’m able to solve problems visually and use animation in ways that people usually don’t think of.”

John’s autobiographical 2005 film The Moon and the Son: An Imagined Conversation, took the Oscar in 2006 for Best Animated Short, 30 years after he turned the doodles of the other John into a creative exploration. 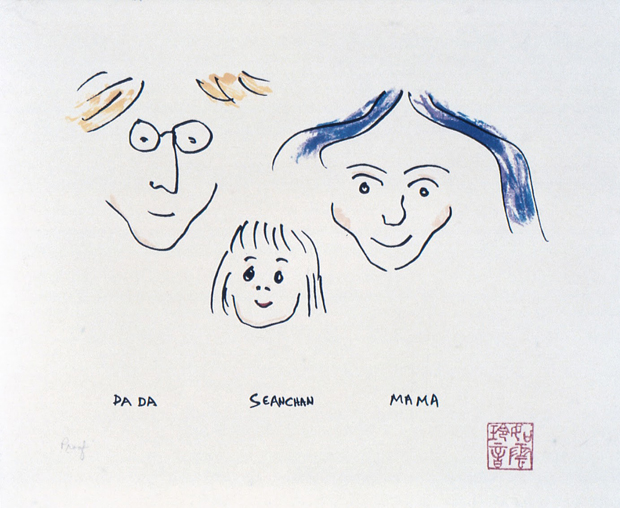 One of John Lennon’s “doodles” 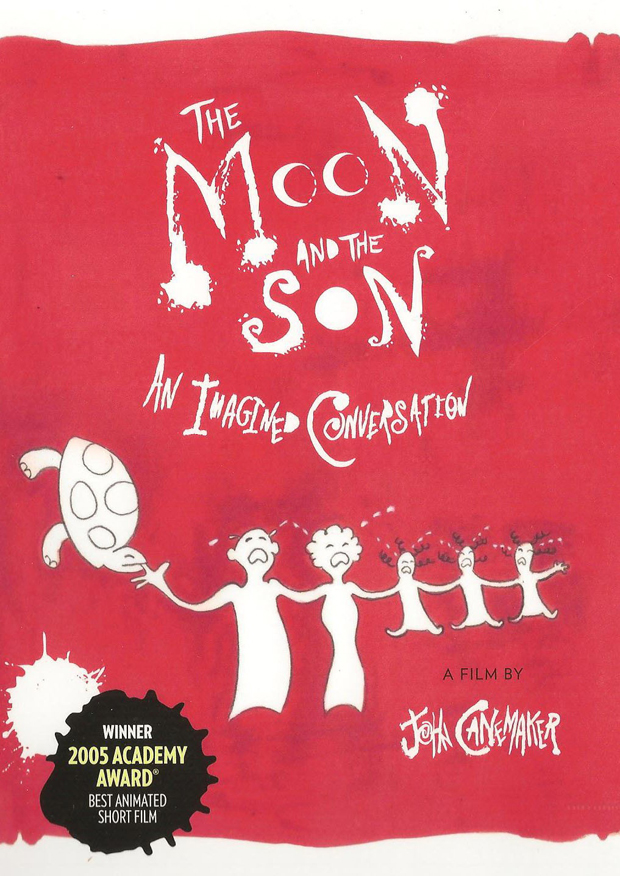 The Moon and the Son: An Imagined Conversation

You may also like...
Related Topics:Beatles, Disney, Disney Studios, HBO, John Canemaker, John Lennon Sketchbook, PBS, Sketchbook, The Moon and the Son: An Imagined Conversation, What Do Children Think of When They Think of the Bomb, Yellow Submarine, Yoko Ono, You Don't Have to Die