International preschool co-production Sydney Sailboat has been picked up for streaming on Hulu, where it will launch on September 26. Hulu acquired the exclusive U.S. SVOD rights to the show in the deal announced by Bejuba! Entertainment’s Tatiana Kober.

Sydney Sailboat (26 x half-hours / 52 x 11) airs on NBCUniversal’s Sprout in the US, and was commissioned by ABC KIDS in Australia. The CG series is produced by Essential Media and Entertainment, Ideate Media, Telegael, and Lemon Sky in association with Shambles Communications.

The series follows Sydney, a plucky young sailboat who dreams of one day setting out to explore the mysterious Big Blue Sea. With his best friend Zip, a water taxi in training, he experiences the bustle and adventure of his hometown harbor of Bubble Bath Bay.

Sydney Sailboat has been a ratings hit on ABC KIDS, as well as the broadcaster’s catch-up service, where it has totted up more than 1 million views. Sydney has sailed onto screens in the U.K and 50 other territories through Sony’s Tiny Pop platform, as well. Raydar Media and Bejuba! Ent. manage global rights, with Bejuba! handling North American TV and digital deals and Raydar dealing with all rights for the rest of the world. 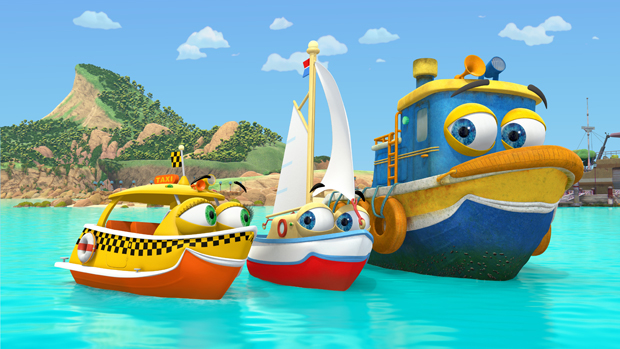