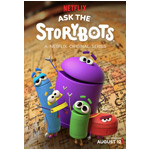 After racking up more than 400 million online views for their short-form videos, JibJab Bros. Studios’ Ask the StoryBots will debut on Netflix on August 12. The original series inspired by the web video and books brand will feature a voice cast led by Judy Greer (Arrested Development, Archer) with guest roles performed by Whoopi Goldberg, Jay Leno, Weird Al Yankovic and more.

The series centers on the StoryBots, curious little creatures who live in the world beneath our screens. In each episode, the intrepid quintet of Beep, Bing, Bang, Boop and Bo go on an adventure to the human world to help answer kids’ biggest questions, like, “Why is the sky blue?” or “Why do I need to brush my teeth?” They deliver their answer at the end of each episode in the form of a musical video (an homage to Schoolhouse Rock).

Launched in 2012, StoryBots is the brainchild of the brothers behind eCard and satire video sensations JibJab. In subsequent years, over a million families have created StoryBots accounts, and the mobile app has been downloaded over 4 million times. This year the brand expanded into schools with the free StoryBots Classroom platform for teachers, with StoryBots content and Common Core-aligned games.

Each half-hour episode blends animated StoryBot segments with live-action appearances by special celebrity guests. The premiere six episodes launching on Netflix in the U.S., Canada, New Zealand and Australia are: “How Does Night Happen?” with Jay Leno, “How Do Airplanes Fly?” with Kevin Smith, “Why Do I Have to Brush My Teeth?” with Whoopi Goldberg, “Why Is the Sky Blue?” with Riki Lindhome and Kate Micucci (Garfunkel & Oates), “Where Do French Fries Come From?” with Weird Al Yankovic, and “Where Does Rain Come From?” with Tim Meadows and Chris Parnell. 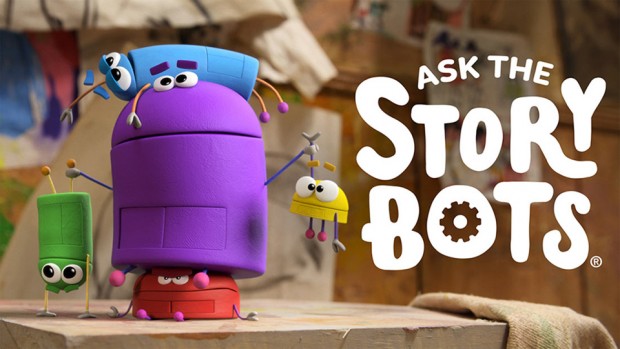