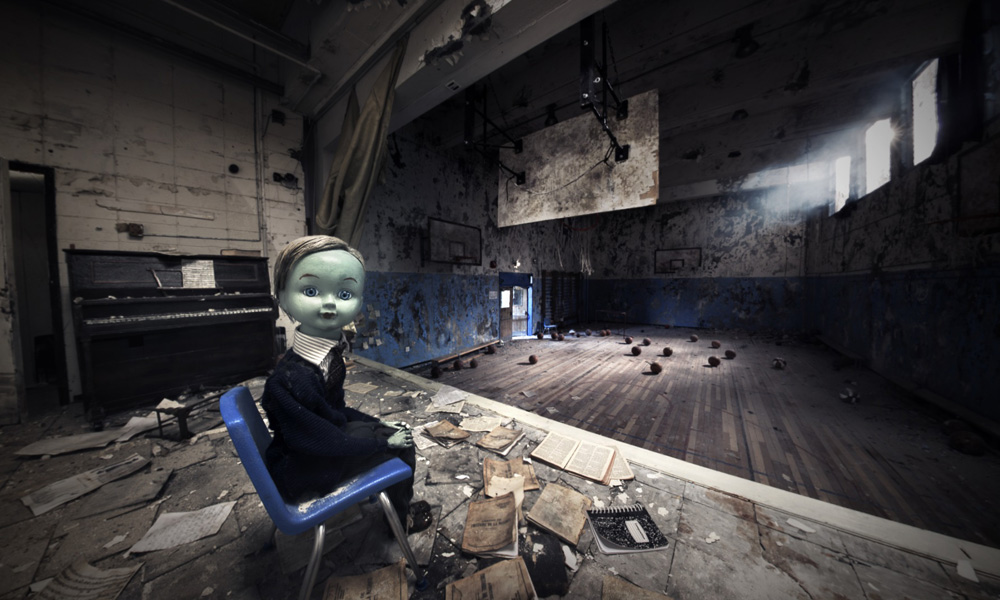 Emmy Award-winning immersive entertainment creator Felix & Paul Studios and Academy Award-winning National Film Board of Canada will premiere their virtual reality experience Gymnasia at the 2019 Tribeca Film Festival (April 24-May 4) in the Virtual Arcade. (Tickets are now on sale.)

Gymnasia is a groundbreaking cinematic VR experience that is a collaboration between Felix & Paul, NFB and Oscar-nominated Clyde Henry Productions. The six-minute experience flawlessly blends 3D 360-degree video, stop motion, miniatures and CGI, and pushes the art of puppet animation into uncharted territory. Following the Tribeca premiere, Gymnasia will be available for download on the Oculus Store beginning April 26.

“We are honored to once again premiere our work and be part of the official selection at this year’s Tribeca Film Festival,” said Paul Raphaël, co-founder and creative director of Felix & Paul Studios. “Our first collaboration with Chris, Maciek and Patrick dates back to our VR beginnings with Strangers with Patrick Watson. It was a real treat feeling that synergy again, and was a striking measure of how our perspective on immersive storytelling has evolved in the five short years since producing that inaugural VR piece from our studio.”

Unsettling and weirdly wonderful, Gymnasia is a dark dream set in the space where the lines between “real” and “unreal” are blurred beyond belief. Viewers step into the stillness of an abandoned school and enter a place where the ghostly ephemera of a lost childhood await them. The immersive experience recalls the sights and sounds of a child’s world through the echoes of ball games, school lessons and choir recitals.

“Partnering to create new and innovative experiences is part of NFB’s DNA. Working with Clyde Henry and Felix & Paul Studios on this technical feat and genre pushing experience has been hard work but also a pure joy,” said Dana Dansereau, Producer for the NFB’s Digital Studio. “Stop-motion animation in VR is in its early days and it took the extreme talents of these three groups to pull off such a successful project. We are proud and excited to launch Gymnasia at Tribeca Immersive 2019.”

The Gymnasia installation in Tribeca’s Virtual Arcade is a theatrical event designed to distort the audience’s perception of scale by integrating life-size puppets into an environment with a cinematic VR experience. Entering the installation space, viewers are immediately immersed in the world with the eerie room tone of children humming in a gymnasium that creates a sense of space larger than the one the viewers are in. On the walls are animated projections of running puppet children and, in the corner, a full-scale “teacher” puppet places acetate musical sheets on an overhead projector. Viewers are then directed by “scientists” in lab coats toward a row of plastic children’s chairs, the type found in every grade school cafeteria. In the last chair, a puppet sits waiting patiently for the viewer to put on their VR headset to watch Gymnasia.

The installation was produced and installed by Phi Centre, a Montreal-based multidisciplinary arts and culture organization, and is also being supported by the Adam Mickiewicz Institute as part of the Niepodległa program run by the Ministry of Culture and National Heritage of the Republic of Poland.

“For us, creating VR has always been as much about the neuroscience of this fresh medium as it is about art theory. Indeed, in no other art form are aesthetics and science so aligned,” said co-director Chris Lavis. “The Gymnasia installation at Tribeca will be an engaging and surreal experience for festival-goers and our hope is that this unique installation will completely upend their sense of scale and reality.”