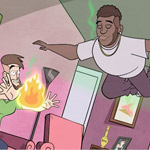 On Thursday at 4:20 p.m. PT (appropriately), the world gets its first dose of 420TV — a new VOD channel dedicated to all things cannabis. Reflecting the evolving cultural attitudes toward marijuana, exemplified by legalization moves in 30 US states, Canada and elsewhere, the LA-based outlet features free news, lifestyle and animated programming including animation aimed at adult consumers.

Available at launch is Super Slackers, an animated comedy from longtime The Simpsons director/animator David Silverman. The six-episode series follows a group of friends who discover they have superpowers after their stash is switched with a new strain of weed from a government experiment. When a Professor Xavier-type shows up to mentor them, they have no interest in saving the world. They do agree to move into a government compound, rent free, but all they want to do is watch TV and play video games. The Professor is convinced he can turn them into the heroes the world needs — but he’ll have to act fast before their laziness rubs off on the other agents.

In the months to come, 420TV will also host the return of Trae Tha Truth, with the existing 30 episodes as well as 10 newly commissioned adventures loosely based on the life of the eponymous hip-hop artist. Produced by White Oak Music Group, the cartoon follows Trae’s hilarious adventures as he dispenses his unique brand of (adult) comedy and wisdom to a clique of colorful insiders: Grey, Jay’ton, Boss, Purpa and Birdfeed. Trae voices his animated alter ego, joined by his influencer friends and fellow rappers. Celebrity guest voices include Snoop Dogg, Marlon Wayans, Riff Raff, Omar Epps and B-Real. 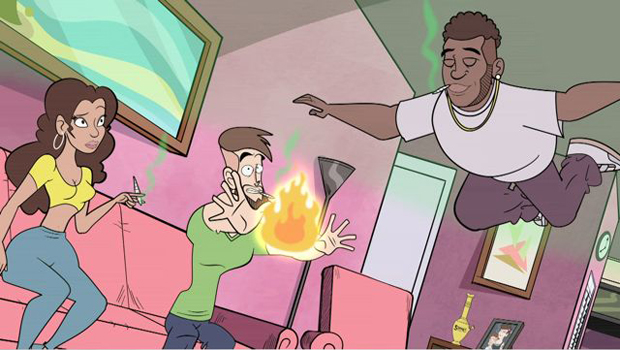