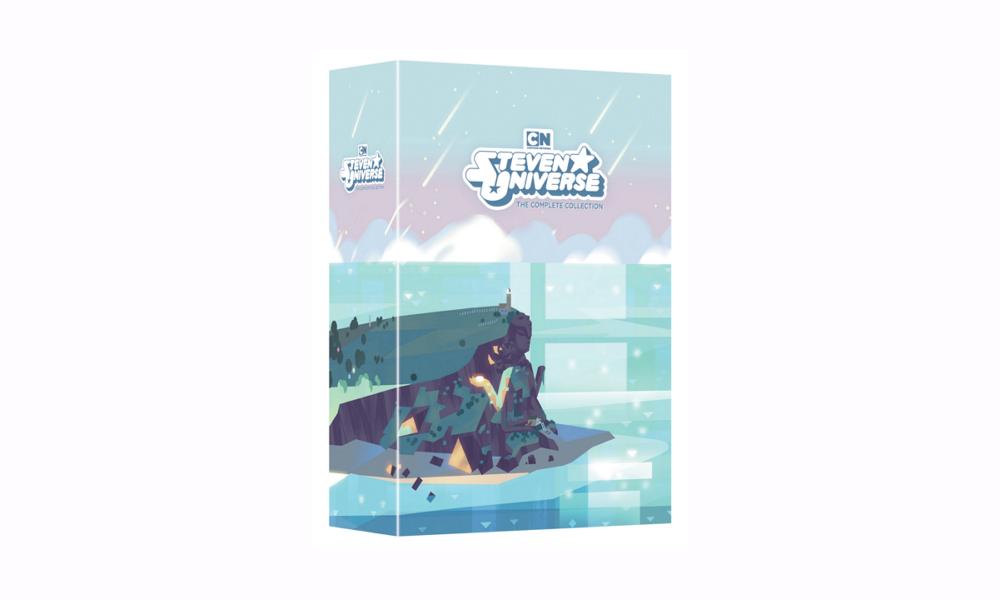 Grab your popcorn and get ready to sing your hearts out as Warner Bros. Home Entertainment brings Cartoon Network’s award-winning series into your homes with the release of Steven Universe: The Complete Collection on DVD December 8.

Steven Universe: The Complete Collection carries a suggested retail price of $89.99 for the DVD ($119.99 in Canada) and is rated TV-PG. This Crystal Gem compendium is also available to currently download on Digital via purchase from digital retailers.

Cartoon Network’s six-time Emmy-nominated Steven Universe revolves around Steven, the “little brother” to a team of magical aliens — the Crystal Gems — who defend the planet Earth. Steven is the son of the Crystal Gems’ late leader Rose Quartz and aging aspiring rockstar Mr. Universe. Steven belongs everywhere and nowhere: he has inherited his mother’s Gem and her magical powers, but also his father’s humanity and charm. The show is a slice-of-life action comedy that follows Steven as he attempts to bridge the gap between the sci-fi fantasy world of Gems and the cozy, funny, simple-yet-extraordinarily-complicated world of human beings.

“Steven Universe has brought the world together in so many ways,” said Mary Ellen Thomas, WBHE Senior Vice President, Originals, Animation & Family Marketing. “From its epic storylines, to the incredible music, and the characters who will forever live in our hearts — we will always ‘Believe in Steven’ — and we believe this collection is a must-own set for our global fanbase, as well as the whole family to enjoy.”

Steven Universe has received numerous awards including Outstanding Kids & Family Programming at the 30th annual GLAAD Media Awards in March 2019 as well as the 78th Annual Peabody Award in the Children’s & Youth category in April 2019, which highlighted the series’ themes of inclusion, love and acceptance.