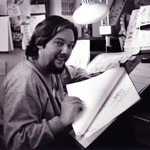 One more Thanksgiving Day has come and gone, but this year there actually was a Thanksgiving-themed animated film out there. But nearly 20 years ago, there was another picture that had a similar time and place setting, even though it did not feature a specific emphasis on celebrational gorging: Disney’s Pocahontas (1995).

Taking place some fourteen years before the 1621 date historians have decided upon for the first actual Thanksgiving feast, the film was presented as more of a Romeo and Juliet story set in the original English colony of Jamestown, Virginia. From the time of its release, though, Pocahontas has been drubbed by some historians and Native American groups for being a fanciful recreation of history (what, you mean there weren’t comic relief raccoons and hummingbirds in the actual colony?). Back in 1994, prior to its release, I spoke with the film’s story supervisor Tom Sito, himself quite the history buff, who became the project’s unofficial historical consultant. Tom did voluminous research into the era and the story of Captain John Smith and Pocahontas, but even he acknowledged that there were likely to be naysayers just around the riverbend. “For every three historians who like what we’re doing, there’s two who say, ‘Well, it didn’t really happen that way,'” Tom told me, adding:

“We work a lot with the Smithsonian and the Virginia Historical Society, and the people of the Pamunkey [tribal] Nation on the east coast. Powhatan’s people were a confederation of tribes on the Virginia coastal area. There was Mattaponi and Appomattox and Pamunkey. The direct tribe of Pocahontas and Powhatan is considered more or less extinct, though one Indian authority told me that there are supposed to be some people in New Jersey who say they are descended from the Powhatan tribe. But the story itself is still shrouded in a lot of legend, and the actual relationship of John Smith and Pocahontas has been a matter of contention among a number of historians. The fact is that John Smith disappeared from his colony shortly before Christmas and then reappeared January 8th with this fantastic story about how he was held captive by the Indians and he was going to be killed, and the princess of the savages saved him. Now, he couldn’t speak Algonquin and they couldn’t speak English, so historians have written volumes over what might have happened and the discrepancy in their ages. She was 13 and he was 26. One historian told me, ‘Well, it’s obviously a father-daughter relationship.’ You have to remember that at that time period, even in Europe, 13 was mature, and you were probably married. But you have to read between the lines with Smith, because he was conscious of his audience [for his later book] and he didn’t want to offend by admitting to miscegenation with aboriginal children.”

While some chastised the film for making Pocahontas older and giving her a Disney Princess makeover, Tom laughingly recounted what didn’t make it into the film:

“When we first started, one of the producers who didn’t know the period was like, ‘Okay, where’s the tepees, where’s the buffalo?’ Well, he’s not with us anymore.” 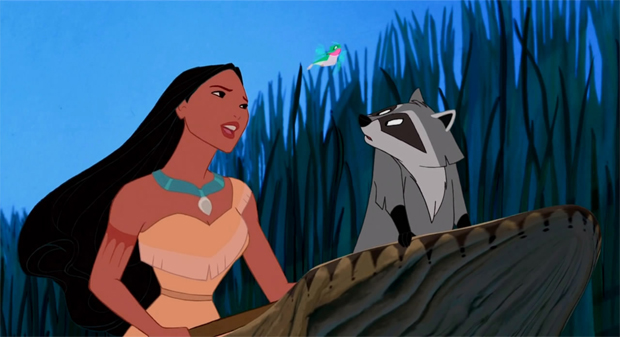 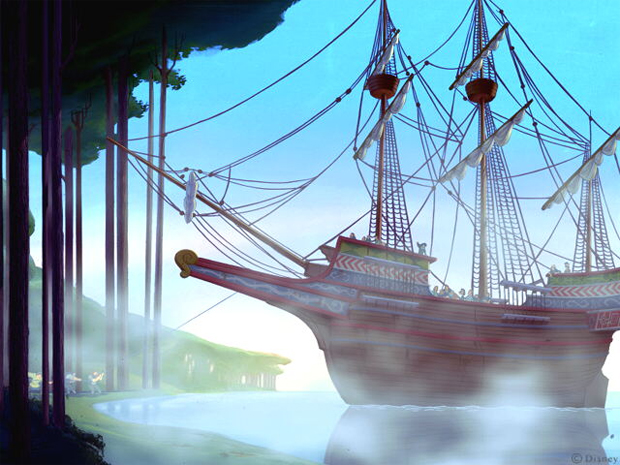