Amazon has launched six new kids’ pilots on its Instant service in the U.S., U.K. and Germany. The projects include animated projects The Adventures of Knickerbock Teetertop, Lost in Oz, Lily the Unicorn and Bear in Underwear, as well as live-action shows A History of Radness and The Kicks.

An original wonderland created by brother-sister team Adam Wilson and Melanie Wilson LaBracio (Marvel Universe Live, Evergone), with character design byRhode Montijo (Happy Tree Friends), The Adventures of Knickerbock Teetertop is artfully animated by the award-winning Karrot Animation (Sarah & Duck). Knickerbock Teetertop, the smallest kid on the enchanted Wonderpine Mountain, wants to be a big adventurer just like his grandpa. Joined by friends on his magical Wonderboggan, Knickerbock, Holly, and Otto have wondrous, challenging adventures discovering new places and creatures—and it’s not easy. Knickerbock bounces along rugged terrain, pushes against the elements, and challenges himself to overcome obstacles. As he encounters problems Knickerbock uses perseverance, grit, and some encouragement from Grandpa to “adventure on, adventure through.” 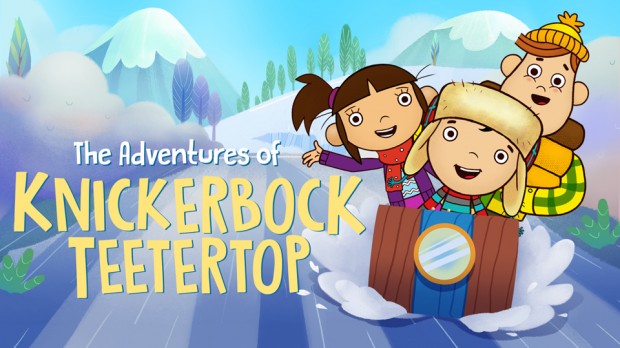 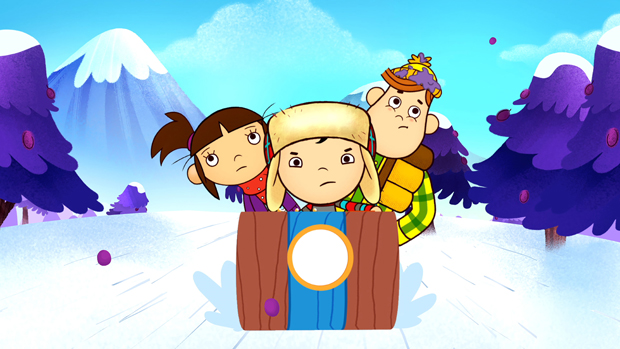 Lost in Oz is an animated, action-adventure comedy set in a modern, metropolitan Emerald City. Stranded in this spectacular world, 12-year-old Dorothy Gale befriends West, a young, street-smart witch grappling with dark temptations, and Ojo, a giant munchkin. With Dorothy’s dog Toto, this unlikely crew embarks on an epic journey, seeking out the magic Dorothy needs to get back to Kansas. The challenge for Dorothy, and everyone else in this world, is that Oz is facing the greatest magic crisis in eons. Developed and produced by Bureau of Magic’s Darin Mark, Jared Mark, Abram Makowka, and Mark Warshaw (East Los High, Smallville), this contemporary re-imagining of L. Frank Baum’s extraordinary universe is designed by Flaunt Productions (Under Siege, Project Spark), animated by Arc Productions (9, Gnomeo & Juliet), scored by Adam Berry (The Penguins of Madagascar) with theme music by Mark Mothersbaugh(The Lego Movie). 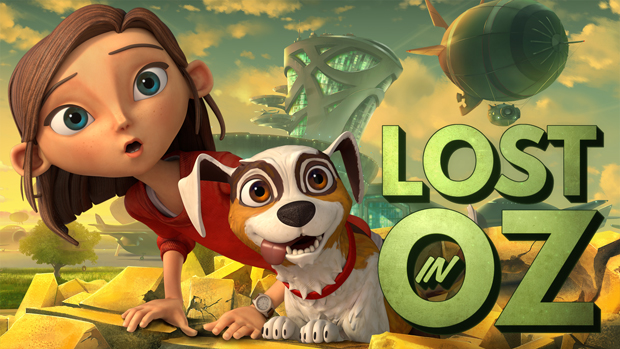 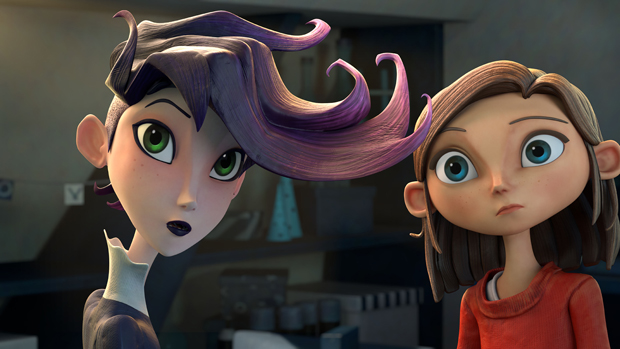 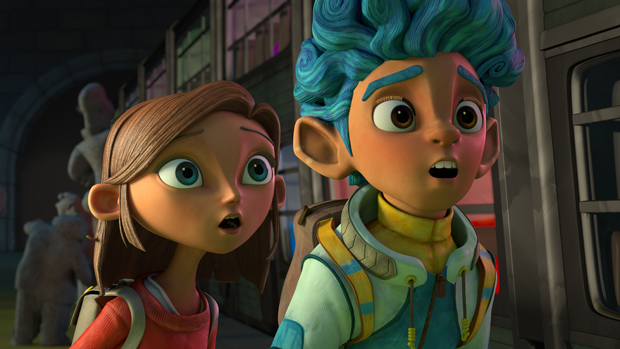 Lily is not only a remarkable, colorful, and comical gal—she is truly one-in-a-million. Her unique perspective and independent spirit can brighten up any situation and often leads her and her loyal friends into unexpected shenanigans. In Lily’s world, anything is possible: a simple song she hums can go viral and top the charts. A quiet surprise picnic for her best buddy Roger can lead to a city-wide adventure featuring falafel waffles (yum) and a wise guru (of course). Lily the Unicorn puts a hilarious spin on everyday situations as Lily transforms even the most typical day into something extraordinary. Lily the Unicorn is based on the hit children’s book by Dallas Clayton (An Awesome Book) and produced by The Jim Henson Company (Sid the Science Kid, Fraggle Rock), with Lisa Henson and Halle Stanford serving as Executive Producers. 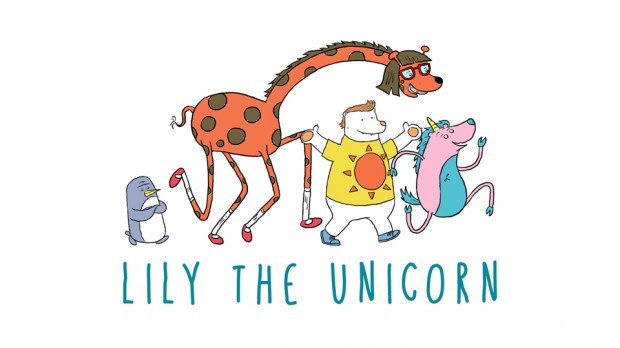 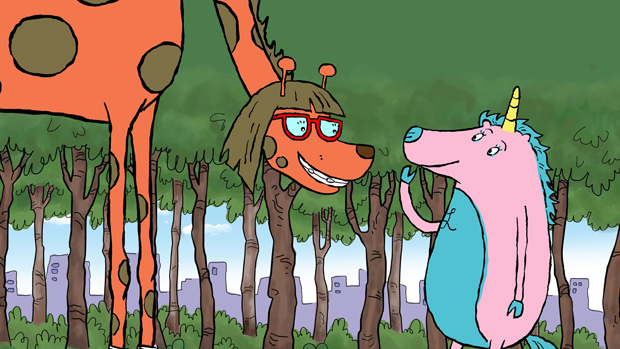 If there’s one thing any forest creature needs before stepping out to greet the day it’s…underwear? At least that is the way the lovable cast of Bear in Underwearsees things! Welcome to Shady Glade Woods where Eddie Behr, an eternally optimistic, high energy bear, and his quirky group of animal friends and family reside. Eddie aspires to be a forest legend just like his dad, who discovered “pants” at an abandoned campsite (well, actually, what he really discovered were tighty whiteys….but no one knows the difference!). Although Eddie is eager to make just as positive an impact on his community as his father did, he soon realizes that success may not be all that it’s cracked up to be. Delightful hijinks ensue in a world full of forest animals who look at everything from a slightly skewed point of view. Bear in Underwear is based on the bestselling books by Todd Goldman, written by Goldman and Dave Schiff (That 70s Show, Robot and Monster), and animated by Bento Box (Bob’s Burgers). 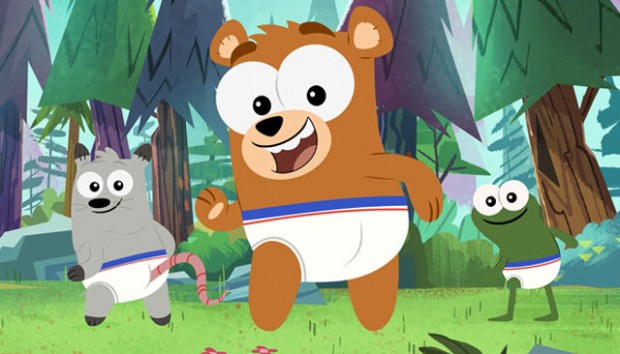 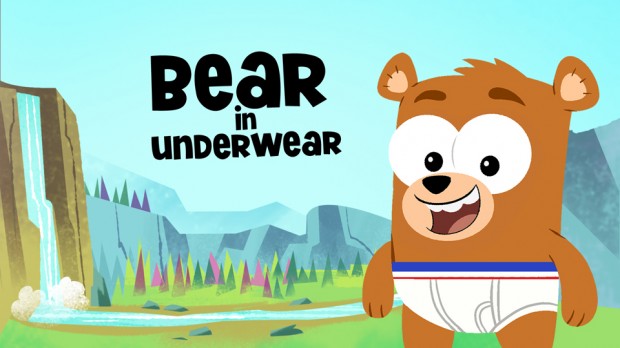