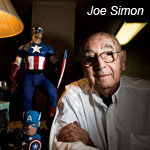 One of the true pioneers of comic books, Joe Simon, passed away last week at the age of 98. Unlike his early creative partner Jack Kirby, Joe never worked directly in the toon trenches, though Captain America, the character he co-created with Kirby in 1941, has certainly been animated, first in 1966 with the syndicated Marvel Super Heroes and right up to the present with CN’s The Super Hero Squadron Show. And, of course, there was that live action movie you might remember from earlier this year.

I had the chance to talk to Joe in early 2000, when he was a mere 86.  He was sharp as a scalpel and just as incisive: gregarious, funny and still feisty. At that time Joe was engaged in a legal battle with Marvel to regain copyright of Captain America, but he had also licensed a character to DreamWorks for film development.

Rather than my saying anything more about him, I’d rather let Joe speak for himself:

“I had my own studio up on West 45th street in New York and I was working as the editor of Fox [Feature Syndicate] at the time. Victor Fox was his name. He was no Twentieth Century Fox…more like Twelfth Century! At the same time I was designing characters for other publishers. I was turning out quite a lot of material, some for Funnies, Incorporated, some on my own. Eventually Martin Goodman [the founder of the company that would eventually become Marvel] offered me more money than Funnies Incorporated, so I sent sketches directly to him. Captain America was one of the things he really loved.” 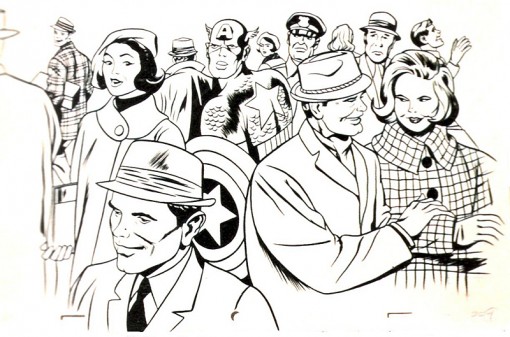 “I brought Jack Kirby into the studio. It wasn’t a partnership at that time. Jack was working at Fox making $15 a week, and of course, he was looking for free lance work to supplement his income. Jack was very creative. At the end he was telling all different versions and recreating history, but he was always very sweet, very nice, and we worked together very well. We were very close friends for many years. I think Jack’s problem was that he was self-destructive. He’d sign everything away and give anything for a paycheck. But we had great fun working together.” 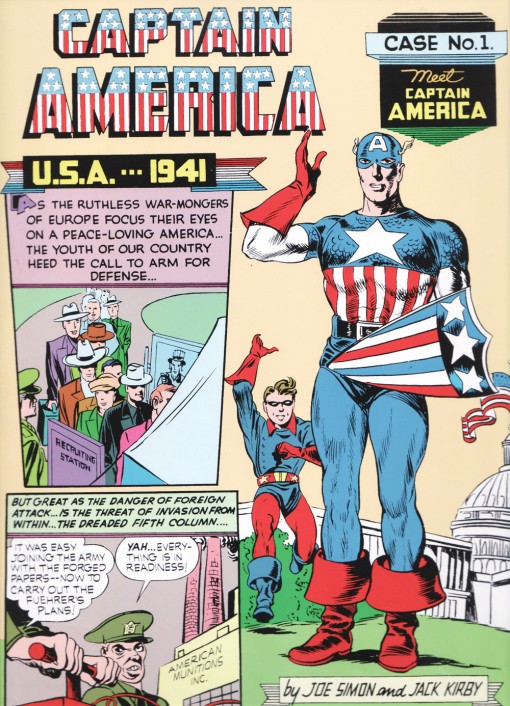 “Bucky [Barnes] was named after a kid in my high school basketball team back in Rochester [New York] named Bucky Pearson. We also had this kid in Fighting American [which debuted in 1954] named Speedboy. After we licensed Fighting American, we found out we never gave this kid a name, so he’ll go down in history as nameless! They’re doing new stuff on Fighting American and one of the writers, Jeph Loeb, asked me if he could name Speedboy after his nephew, and I told him go ahead.” 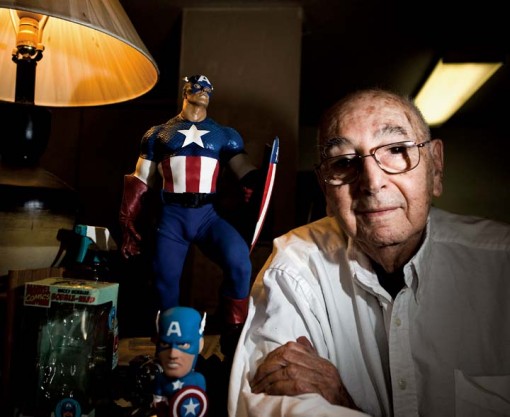 “How has Captain America lasted this long? I don’t know. I haven’t talked to psychologists about that. He’s gone through some fairly good times, as far as story content and art goes, and some very weak times. But I know that there’s a lot more that can be done with Captain America.”