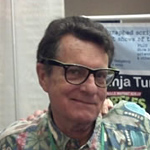 Of everyone who has labored within the toon trenches over the decades, it is difficult to find anyone who has worked harder than Phil Harnage. Having started as a script writer at Filmation in the 1970s, Phil joined DIC Entertainment in the mid-1980s and quickly became a fixture there, turning out an estimated three-quarters of all the shows that the studio produced.

I caught up with Phil in 1999, at which time he was DIC’s Director of Creative Services, but he was still turning out scripts himself for shows like Sherlock Holmes in the 22nd Century. Phil expressed amusement at his changes of title. “My previous title was Senior Staff Writer,” he told me, adding:

“That is somewhat of a misnomer because I was the only staff writer, but ‘Senior’ sounds better. I’m usually the first one to lay hands on an idea. It may be a raw idea that Andy [Heyward, DIC CEO] or Robby [London, DIC production exec] and Mike Maliani [DIC creative supervisor] have come up with, or it may be a property that comes in from another domain in the entertainment world and would come in with a very primitive backstory, which may or may not be suitable for animation. I’d take that idea or property and try to figure out a way to make a show or series out of it.”

DIC was one of a couple companies that became so adept at turning products, toys and games into cartoon shows that the joke of the time was “New from DIC: Yellow Pages: The Animated Series.” And more than anyone, Phil was responsible for making those transitions happen. But he also told me about some outside properties and ideas that simply could not make the leap:

“A good example, even though we came up with a great idea for a show, was a toy called Super Soaker. That’s just a squirt gun, basically, so how do you turn it into a show? Well, I think we succeeded in doing so, even though it ultimately never got made. We did get a chance to be really creative and take that title and use it as a launching pad and came up with a show about a giant firefighting robot that becomes a kind of superhero, and there’s a 10-year-old boy that gets to pilot him. Sometimes you can get stuff into wonderful shape and it never gets made, and other times you see stuff get made and you wonder, how the heck did that happen? Occasionally someone will come up with an idea, like, ‘Gee, it would be great to do a cartoon about [former French president] Charles de Gaulle.’ And it would be because he’s a worldwide icon and we have French partners who would probably love to see it made into a cartoon. But we could never come up with a way of doing it, because the events of his life didn’t really lend itself to an ongoing cartoon. If he’d been in the French Foreign Legion, now, maybe we could have.”

But if de Gaulle controlled a giant firefighting Legionnaire robot…naaahh. 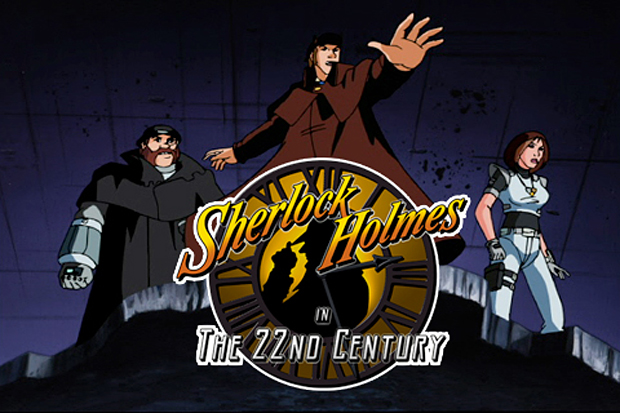 Sherlock Holmes in the 22nd Century