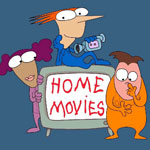 Later this month, fans can celebrate one of the early stand-outs of adult animated TV comedy as Shout! Factory TV and social video platform partner Twitch host Home Movies: The Complete Series Bingefest!, a three-day marathon of all 52 episodes running April 26-28 to mark the show’s 19th anniversary. (Round number milestones are such a cliché, no?)

Kicking off at 9 a.m. PT on Shout!’s official Twitch channel, the four-season binge will include a full day of bonus content, including interviews with series creators Loren Bouchard (Bob’s Burgers) and Brendon Small (Metalocalypse), and episode commentaries with cast, crew and special guests.

“It feels nice to know that 20 years after we made the pilot that folks still feel strongly about Home Movies,” said Brendon Small. “When I think about those days I think about how effortless and fun it was writing, improvising, and making music for Home Movies. And what a talented team of funny collaborators!”

Home Movies chronicles the adventures of a pint-sized Brendon Small (voiced by his namesake) — a jaded third grader who copes with daily trials with the help of his trusty video camera. The show spotlights Brendon writing, acting, directing and co-executive producing his “groundbreaking early work” along with his friends Melissa (Melissa Galsky) and Jason (H. Jon Benjamin). The show also features the binge drinking, self deluded Coach McGuirk — a youth soccer coach who hates soccer and isn’t all that crazy about youths, also voiced by Jon Benjamin.

Home Movies made its TV debut on UPN in 1999, animated in “squigglevision” by Tom Snyder Prod. (later Soup2Nuts), but only ran a handful of episodes before being scrapped. Luckily, Turner’s Cartoon Network snapped it up, and the series won a cult following while airing on Adult Swim from 2001 to 2004.

The Bingefest will present Seasons 1 & 2 on April 26, S3 & 4 on April 27, and Commentaries & Bonus Features on April 28 — these include select episode commentary with cast & crew, Modest Mouse, The Shins, and staff of The Onion; interviews with Bouchard, Small, Benjamin and Galsky; animatics; “Guest Stars Remember Home Movies”; “The Beginning of The Genesis of The Origin of Home Movies – The Very First Sessions with Loren Bouchard”; audio Anatomy of a Scene; · Play the Home Movies Theme in One Easy Lesson; The Thor Von Clemson Advanced Fast Hand Finger Master Wizard Class; Home Movies Writer Bill Braudis Speaks!; “A Featurette for People Who Don’t Necessarily Like Home Movies” by Jon Benjamin; and “Baby Pranks.”

All episodes of Home Movies are also available on VOD at Shout! Factory TV and on DVD through shoutfactory.com. 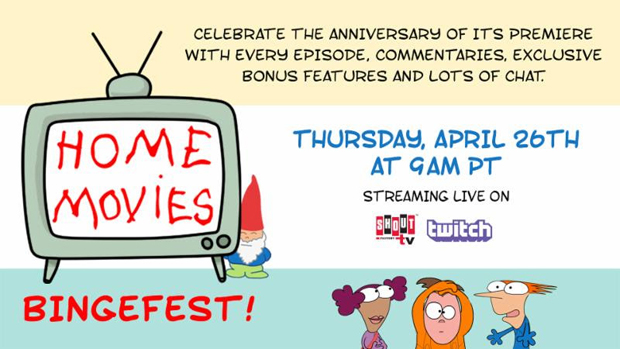 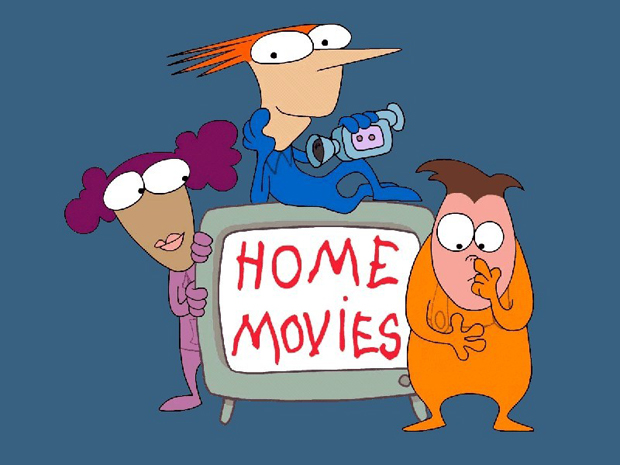 ‘The Loud House: It Gets Louder’ Brings the Noise May 22
DreamWorks Creates ‘Rocky & Bullwinkle,’ ‘Kung Fu Panda’ Toons for Amazon