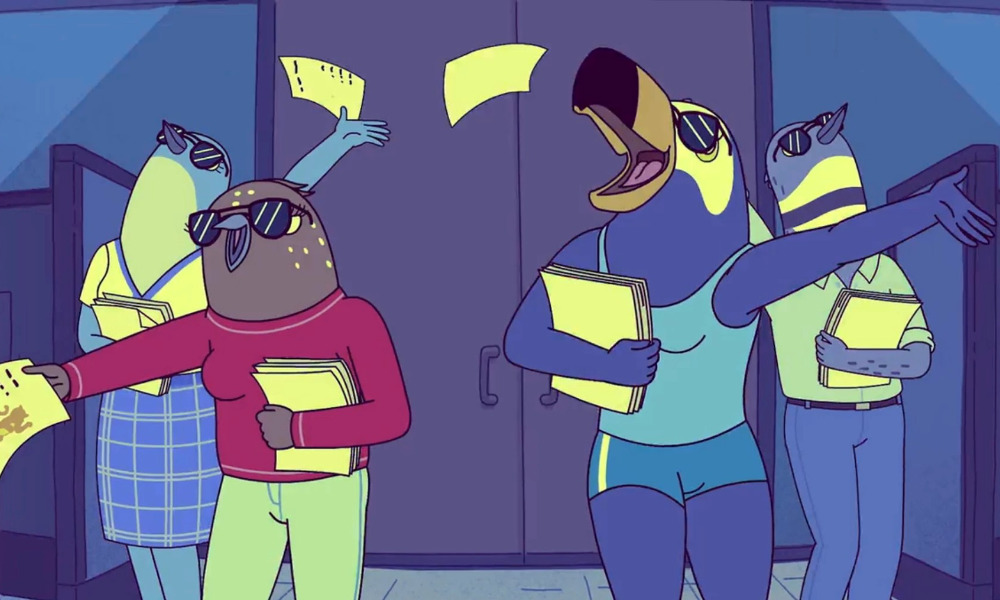 Katerina Agretelis, a retakes coordinator at the studio, commented, “There have been times where I felt that I’d have to leave this industry because of the way production workers in particular are undervalued. It’s time to make a change and join forces with the artists at TAG to work towards a more sustainable animation industry!”

According to TAG Organizer Ben Speight, this is the fifth organizing victory for TAG in the last five months, beginning with the historic announcement in early January, when animation workers at Titmouse New York studios overwhelmingly voted to join The Animation Guild — the first time animation workers and production staff in New York have been represented by a union in more than three decades.

“Production and artists must stand on equal ground to successfully make a show and to create an inviting studio culture that encourages all the people involved to want to return and do it again,” said Melissa Lam, design coordinator. “I voted ‘yes’ for recognition, appreciation and respect for production workers, because I know that it will benefit the future of the animation industry as a whole.”

Subject to an independent verification of the authorization cards, ShadowMachine will voluntarily recognize The Animation Guild, Local 839 as the exclusive bargaining representative of the group.

“By ShadowMachine recognizing our union, they can show that they are interested in caring for their production workers as much as they do their artists and be pioneers for the industry by being the third studio to allow production workers to be recognized by The Animation Guild,” noted production manager David Welser.

This win comes as TAG is still in its longrunning negotiations with the Alliance of Motion Picture and Television Producers (AMPTP), seeking better pay and more benefits for animation writers, animators, storyboarders, artists and production workers under its #NewDeal4Animation mission.

“Having experience in both the TV and feature sectors of animation, I can confidently say that it is time for a change,” commented ShadowMachine production manager Ryn Soorholtz. “For too long, Production has been left behind when it comes to wages, benefits and workers’ rights. These issues are not specific to ShadowMachine, but to the industry as a whole. It’s because I love working at ShadowMachine, that I want to make sure we can work here sustainably.”

Established in 1999 by Alex Bulkley and Corey Campodonico, ShadowMachine produces across multiple media for film, TV, commercials and music videos out of its locations in Los Angeles and Portland, Oregon.

The Animation Guild, also known as Local 839 of the International Alliance of Theatrical Stage Employees (IATSE), was founded in 1952. The labor union represents more than 6,000 artists, technicians and writers in the animation industry, advocating for workers to improve wages and conditions.