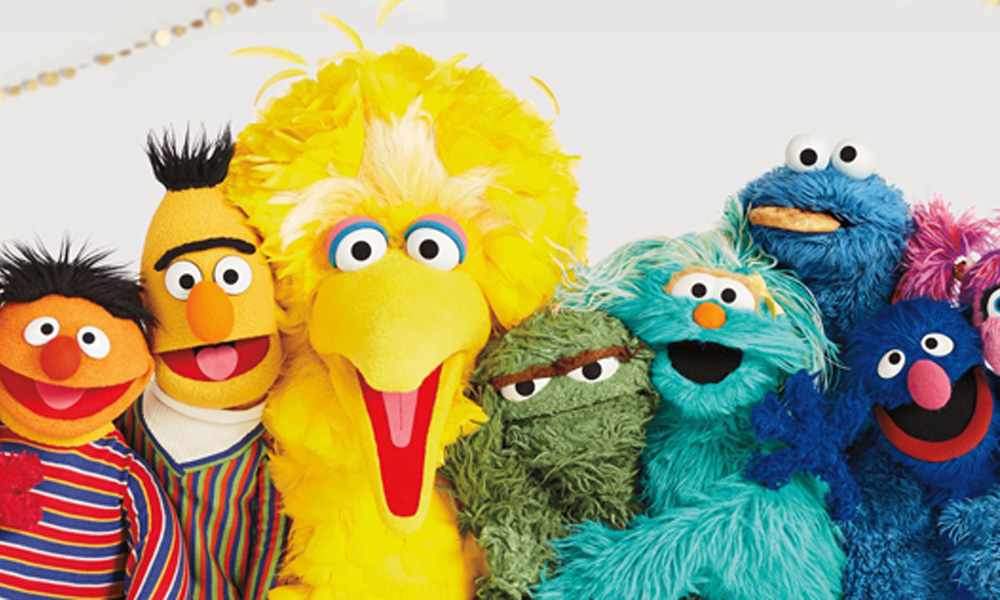 The loveable muppets of Sesame Street have been entertaining and teaching children across the nation for 50 years. On October 1, Shout Kids and Sesame Workshop will present a home video celebration of this amazing milestone with the release of Sesame Street: 50 Years and Counting on DVD and digital download.

Pre-orders are open now on ShoutFactory.com.

The first disc in the 2-disc set features some of the greatest Sesame Street moments from yesterday and today: fan-favorite animations like “Ladybug Picnic” and “Pinball Number Count”; new and classic songs from Kermit the Frog’s soulful “It’s Not Easy Being Green” to will.i.am’s empowering anthem, “What I Am”; and timeless interactions between children and the Sesame Street Muppets. 50 Years and Counting will also let fans revisit Sesame Street’s many unforgettable celebrity appearances: Patti LaBelle putting a glamorous spin on the alphabet song; Amy Poehler teaching the gang new vocabulary words; R.E.M.’s joyful rendition of “Furry Happy Monsters”; Ricky Gervais trying — and failing — to sing Elmo to sleep; and other guest appearances which made pop culture headlines while embodying Sesame Street’s inclusive lessons and values.

The second disc is an exclusive collection of the most iconic “Street Story” segments from Sesame Street’s 50-year history. With help from kids’ favorite characters, the early childhood experts behind Sesame Street helped generations of families tackle big conversations through little moments like these: the neighborhood’s poignant farewell to Mr.Hooper; the dramatic reveal of Big Bird’s not-so-imaginary friend, Mr. Snuffleupagus; and the debut of Julia, the first Sesame Street Muppet with autism.

The lighter side of the Street also shines on this set: Super Grover’s many crash-landings, Bert and Ernie’s classic comedy-duo antics, moments with human friends like Bob, Maria, Luis, Susan and Gordon, and much more. There are even a few never-before-seen outtakes with Jim Henson and other original performers! With over five-and-a-half hours of content from all five decades of the beloved show, 50 Years and Counting offers something for everyone – from the very young to the young at heart.

Customers who buy the set at select retailers will also receive an exclusive Sesame Street frame, while supplies last. The frame features fan-favorite characters and is the perfect place to house a 2”x 3” photo of a special Sesame Street fan.

Sesame Street’s yearlong 50th anniversary celebrates the timeless lesson the show has always taught: everyone, no matter who they are or where they are from, is equally deserving of respect, opportunity and joy. Throughout 2019, families everywhere can join in celebrating Sesame Street’s past, present and future with a nationwide road trip, celebrity- and fan-fueled social media campaigns, new social impact initiatives, and a star-studded primetime special that will kick off the show’s 50th season. Fans are encouraged to share their favorite Sesame Street memories across social media this year using the hashtag #ThisIsMyStreet.