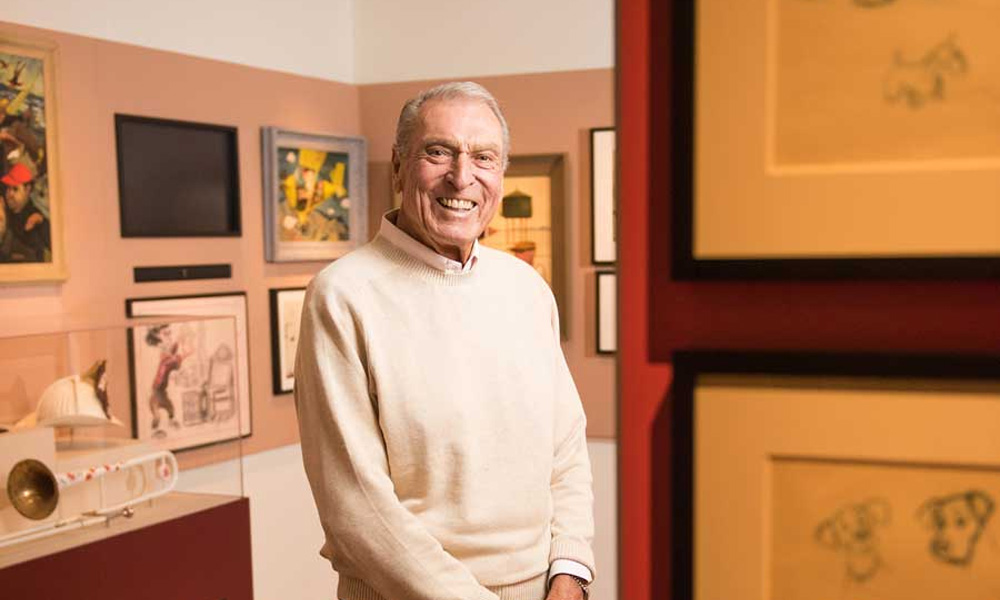 Ron Miller, husband of Diane Disney Miller, son-in-law of Walt Disney, President of the Board of Directors at The Walt Disney Family Museum, and owner of Silverado Vineyards, has died in Napa, California at the age of 85.

“Everyone at The Walt Disney Company is deeply saddened by the passing of Ron Miller. His life and legacy are inextricably linked with our Company and the Disney family because he was such a vital part of both, as our CEO and Walt’s son-in-law. Few people had Ron’s understanding of our history, or a deeper appreciation and respect for our company, and he shared it generously with anyone who wanted to know more. I was fortunate to have known him, and even luckier to have called him a friend. My thoughts and prayers are with his family”

Miller was born in 1933. At age 21, while playing for the University of Southern California football team, he was introduced to 20-year-old Diane Disney on a blind date. They were married in Santa Barbara on May 9, 1954.

Miller served in the Army and then played professional football for the Los Angeles Rams before his father-in-law recruited him to work at The Walt Disney Studios. There, he ascended from motion picture and television production roles to CEO of what is now The Walt Disney Company.

He first started working for Walt as part of the original Disneyland team, as employee number six. Miller’s first job in film production was serving as second assistant on Old Yeller (1957). He was associate producer on Bon Voyage, Summer Magic, Moon Pilot and A Tiger Walks, and a co-producer with Walt on films such as The Monkey’s Uncle, That Darn Cat!, Lt. Robin Crusoe, USN and Monkeys, Go Home! His first full producer credit was on Never a Dull Moment.

Later, as CEO, he pushed the Company to expand and explore, creating Walt Disney Home Video, Touchstone Pictures and The Disney Channel, as well as the Epcot Center and Tokyo Disneyland theme parks.

He also supported Diane’s ambitions of documenting her father’s life and accomplishments, from producing the documentary Walt: The Man Behind the Myth (2001) to establishing The Walt Disney Family Museum in the Presidio of San Francisco in 2009.

Miller, Diane and her mother, Lillian Disney, established Silverado Vineyards in 1981, four years after they purchased the property near the small town of Yountville, California, and it became Ron and Diane’s permanent residence. Miller was a passionate outdoorsman — Alpine skiing, hunting, fly-fishing and golf were lifelong pursuits. He was an experienced horseman with a cattle ranch near Montrose, Colorado. Ron and Diane were also generous philanthropists, supporting many causes, including classical music and ballet.

Ron Miller is survived by his children Christopher, Joanna, Tamara, Jennifer Goff, Walter, Ronald and Patrick; 13 grandchildren and four great-grandchildren. He was predeceased by Diane, his wife of 59 years, in 2013.

Donations may be made to the memorial fund that The Walt Disney Family Museum has established in honor of Ron and Diane Disney Miller. Donations will support the museum’s ongoing education efforts, about which Ron was passionate. Donations and cards can also be sent to the family through The Walt Disney Family Museum, ATTN: Director’s Office; 104 Montgomery Street, San Francisco, CA 94129.

Services will be private and the museum has not yet planned a public commemoration of Ron. 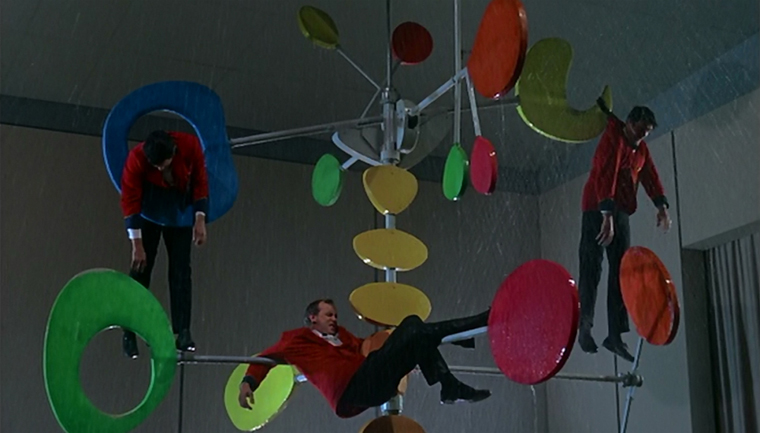 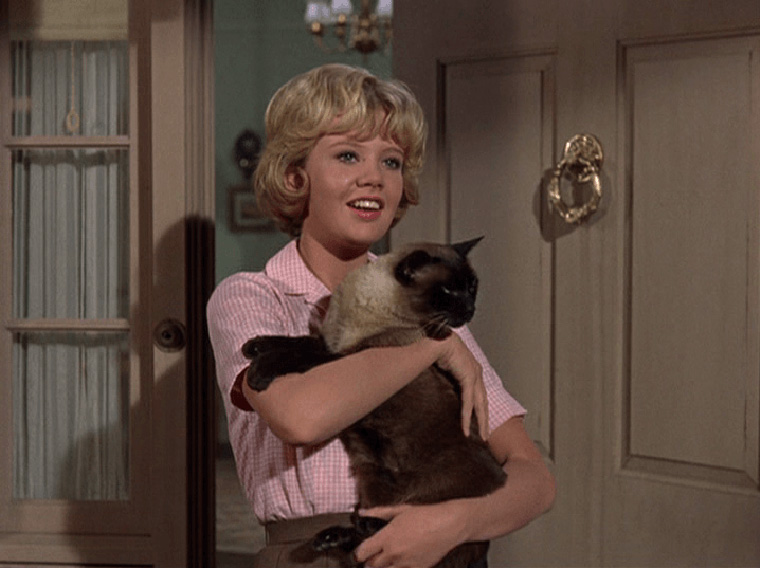 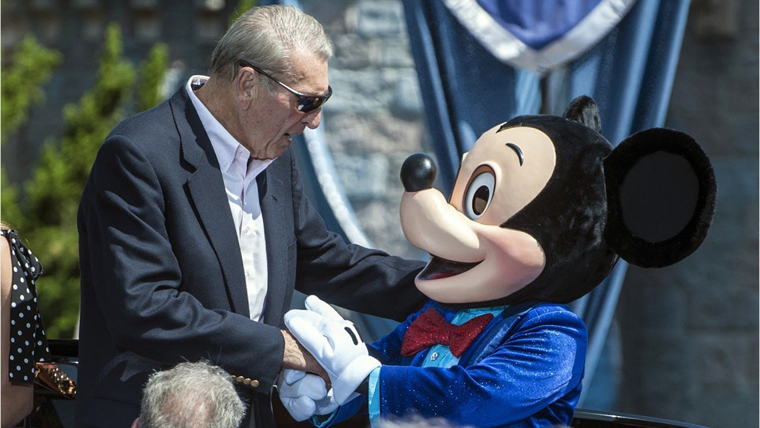 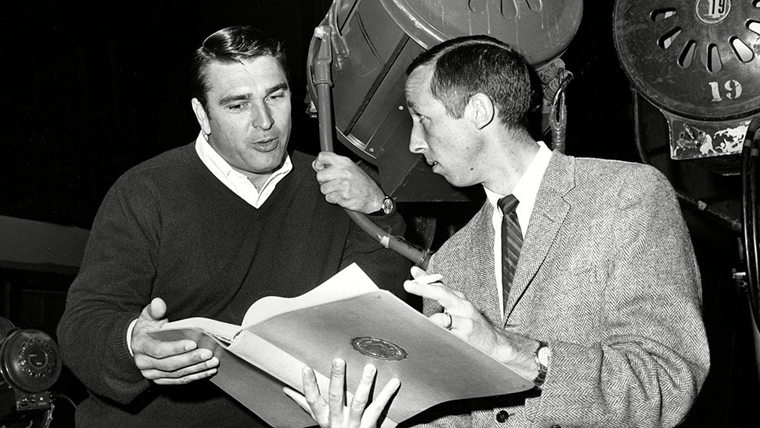 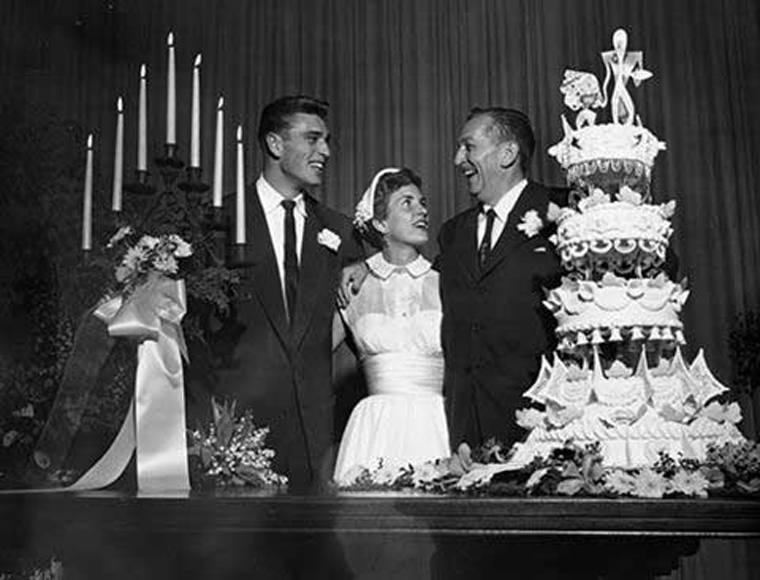 Ron and Diane with Walt at wedding

‘How to Train Your Dragon: The Hidden World’ Soars to New Heights
Cyber Group & Outright Games Team for ‘Gigantosaurus’ Game