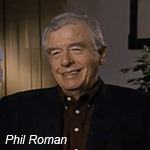 Phil Roman has settled into being an elder statesman of the animation industry—something of an irony (if an inevitable one) for a man once described by Chuck Jones as “the youngest animator in the business.” When Jones declared him so, in the mid-1960s, Phil really was: he spanned the gap between the old guard of the Golden Age, and the Young Turk invasion led by Lasseter, Keane, Burton and Deja, who would emerge a decade later. The recent announcement that Walt Disney Pictures would heretofore be known only as “Disney” got me thinking about Phil, who lent his name to another eponymous studio, Hollywood’s premiere independent toon shop, Film Roman.

There is a connection between the two companies: As a boy, Phil had been hugely influenced by seeing Bambi. After high school he came to Los Angeles and studied under Disney and Warner Bros. animator Ted Bonnicksen at Hollywood Art Center, and soon went to work at the House of Mouse. This was followed by stints at commercial shop Imagination, Inc., Warners, MGM, UPA, Bakshi, and finally Bill Melendez Productions, which he left in 1984 to form Film Roman.

In 1995 I spoke with Phil about his earliest days in the business at Disney’s, and also took the opportunity to ask him something about which I had long wondered: of all the possible company names to choose from, how did he come up with Film Roman?

“I started [at Disney’s] in May of ’55, and Walt was really involved in the opening of Disneyland, which happened in July. On the big opening day all the studio was invited! In those days the studio was a lot of fun because you’d walk around and there would be the Firehouse Five practicing on one of the roofs at lunchtime. Or we’d walk out onto the backlot and watch them filming Davy Crockett, or some other thing. Even though I was making only thirty-nine bucks a week—ninety-nine cents an hour—it was a great introduction to the business.” 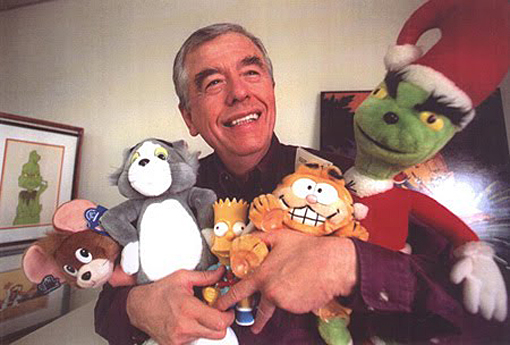 “The way I got the name of my company is kind of a funny thing. I had been directing the Peanuts shows at Melendez for about 12 years, and I just wanted to have my own studio. I went to my accountant, who was helping me do all the paperwork, and he asked, ‘What do you want to call your company? Phil Roman Productions?’ I said, ‘No, that’s too ordinary…how about Film Roman?’ He said okay and wrote it down, so I’m stuck with that now! [Laughs]. It was a little spur-of-the-moment thing, but I think it does reflect the company better than, say, Phil Roman Productions. We are film, we entertain, hopefully, and a lot of my old friends now call me ‘Film’!”

Phil and his namesake company came to a parting of ways in 1999, and he promptly formed “Phil Roman Entertainment,” going on to produce TV specials and direct-to-videos. As for the more “ordinary” Phil Roman Productions, well, don’t expect to see that on a screen any time soon…kind of like “Walt Disney Pictures.”

Check out this interview with Phil Roman here: