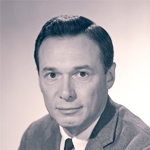 In today’s global marketplace it is not uncommon of for a tentpole movie to earn the majority of its box office take overseas. In the case of Guillermo del Toro’s effects-laden blockbuster Pacific Rim, one-eighth of its $404-million earnings (so far) came from China alone…and therein lies a little irony. More than twenty-five years ago, before the global marketplace was established as a fact of Hollywood studio life, a small animation studio pushed the envelope in terms of Sino-American production set-ups, and its name was…Pacific Rim.

Pacific Rim Productions was formed in 1986 by Alan Livingston, a fellow who had been on the periphery of animation decades earlier as producer of children’s records for Capitol Records. He created Bozo the Clown (who first appeared on recordings) and produced records featuring Woody Woodpecker, Warner Bros. characters, and spin-offs of Disney films before becoming head of Capitol and working with Sinatra and the Beatles. After a stint as a television producer, Livingston found himself turning to Shanghai Animation to produce a program based on his old children’s record Sparky’s Magic Piano. On the surface it may not sound like any big whoop, but for the time, it was. “That was the first thing that had ever been done in China for the Western world,” Livingston told me in 1994, adding:

“As a result of that experience I thought the thing to do was open up our own studio in China. I arranged for financing and put some money of my own in, and began to negotiate with the Chinese government. They said, ‘Yes, we’d like to have that, but you have to have a Chinese partner.’ I did not want a Chinese partner, I wanted total control. I wanted to run my company, hire and fire who I saw fit without interference, but the Chinese government persisted. It took me a year, but I finally wore them down, and they granted what is the only license ever given to a wholly American-owned company to do filming or animation in China. The reason they gave in was because we were attractive to them. We were talking about bringing in millions in hard currency, which they liked, and we talked about opening up China for animation to the Western world and teaching their animators Western-style animation, which they had to learn, and employing them.”

“At first we had trouble getting work because China had never done work for anyone in this country, and [studios] didn’t know what our quality would be like, whether we could meet delivery dates, and so forth. We started out with a French company, than a Spanish company came in then Disney got interested and asked if they could visit our studio. They asked us to do a test, then a second test, then started giving us ink-and-paint work on The Little Mermaid.”

Livingston died in 2009 and Pacific Rim is no more. Regardless of where one stands on the issue of establishing overseas animation houses––runaway production, if you will––Pacific Rim’s business arrangement opened up China as effectively, if with less acclaim, as Nixon had years earlier. 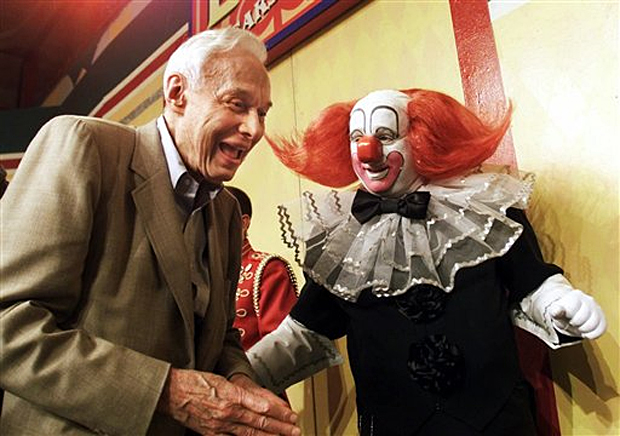 Alan Livingston with Bozo the Clown