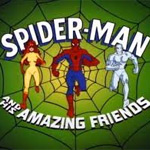 What’s the classic line…“Everything old is new again?” Nowhere is that more evident than in the world of television.

This week I’m thinking of what has happened to the television series Spider-Man and His Amazing Friends, which originally aired on NBC from 1981 to 1983. The show created a teen trio out of Spidey, Iceman (from X-Men), and a brand new superheroine called Firestar (originally it was supposed to be The Human Torch from The Fantastic Four…but that’s a separate story). Earlier this year Disney, currently the owner of the Marvel Universe, went back to the show, cut certain scenes out, redubbed them for laughs, and offered them as comedy interstitials in something called Marvel Mash-Up on Disney XD.

What I’m wondering is if the folks at Disney, when selecting that particular Marvel series for comedy club treatment, realized how much some of its creators initially fought the idea of making it funny. I learned that fact in 2005, when I spoke with Rick Hoberg, who was a story artist on Spider-Man and his Amazing Friends:

“NBC, when they were coming up with the Spider-Man show, wanted to emulate Super Friends. They needed a Super Friends because ABC was doing very well with it and it had been on for many years. Of course, all of us who really love superheroes hate the campy end of the genre. We wanted to see something that had a little more of the pathos and the human drama we enjoyed. We knew it was over-the-top melodrama, but it wasn’t making fun of the characters.” 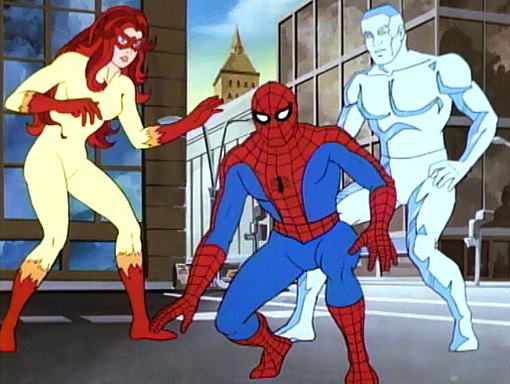 Spider-Man and His Amazing Friends

“They [the network] wanted Super Friends, and that’s why you ended up with a funny dog in it, because at the time they thought you had to have a funny monkey or a funny dog, or do this Hanna-Barbera thing that everybody had been doing for years. [As for the more serious tone,] you’re going to find all of that in the first season. By the second season, they weren’t bothering us as much and we were really being pests with the writers and producers to do things. Even when we were working with the directors on visuals, we were talking in terms of side to side, off- stage/on-stage type of movement.” 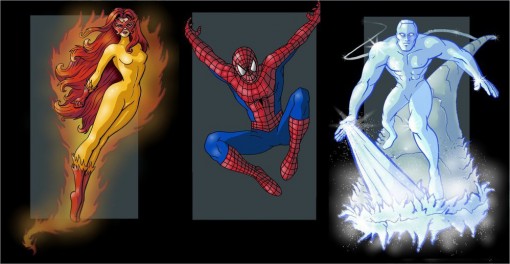 Spider-Man and His Amazing Friends

“I would use the Hitchcockian type of storytelling, which is extreme up shots, extreme down shots, ‘God’ shots, which I love from Hitchcock films, because they not only set a great stage, but they gave an alienation to the drama that works great in this material. I was told by animation directors, ‘You can’t do that.’ And I’d say, ‘Of course you can do it, I just did it!’ It was that sort of thing that we were looking to change, and I think we did. A lot of people think Spider-Man and his Amazing Friends was a turning point in cartoons in a lot of ways.”

Now the old Spider-Man and his Amazing Friends is new again, but it is being totally sent up for yocks. Maybe the ultimate result of the Disney/Marvel merger will be the creation of a whole new character: Irony Man.