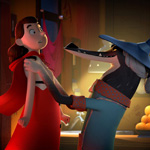 Although fairy tale characters have been a familiar staple of animated TV shows and movies, we have quite never seen them quite as lively and modern as the ones depicted in Revolting Rhymes, a charming CG-animated short (and TV special), which has been showered with numerous awards since it first debuted on the BBC in the U.K. last Christmas. Directed by Jakob Schuh and Jan Lachauer, who also worked on the acclaimed The Gruffalo and the Oscar-nominated Room on the Broom, the short is based on a book by Roald Dahl, which has lots of fun with Little Red Riding Hood, the Big Bad Wolf, Snow White and the Three Little Pigs. The project was produced by Magic Light Pictures’ Martin Pope and Michael Rose, with animation by Cape Town-base studio Triggerfish. We recently caught up with Schuh and Lachauer to find out more about their short, which has been generating major award season buzz in the U.S.

Animag: So tell us about how you both got involved with this highly original animated project and how long it took to produce.

Jan Lachauer: We started discussing the book and a possible structure for the film in 2013. When we began throwing around ideas for an adaptation we got very excited by the notion of intertwining Dahl’s originally completely separate tales, placing them all in shared universe, each story influencing the other’s progress. In Dahl’s beautiful original text these stories and — more importantly — these characters never meet. I don’t think we understood at that point how difficult a task we had set ourselves regarding the project’s very challenging schedule: Weaving together these separate, completely rhymed stories without adding extra lines whilst -hopefully- adding the enjoyment of Dahl’s wonderful tales. It became a mixture of higher math and imagined conversations with old Roald Dahl.

The actual work on the story started six months later, in mid-2014. The project was green-lit at the beginning of 2015 and the final delivery was less than two years later, in December 2016. What I can say is that we were tasked with working with a decisively lower price tag per minute than on the previous films we had made, like The Gruffalo or Room on the Broom. Finding a design and a technique that would allow us to create something hopefully similarly exciting, also on a visual level, that was a big part of the aforementioned test and also of the months of preproduction.

What did you love about the source material (Dahl’s book)?

Schuh: I think the most striking feature when you first read Revolting Rhymes is that you can feel the immense fun Dahl had with this. It’s quite infectious. You can almost see him, in his armchair, grinning at the madness of it all. At the same time, there’s a very touching “I-want-to-set-things-right” theme running through all the stories. His reinterpretation of these ancient tales—although in itself more than 30 years old— feels incredibly timely in a lot of places. The themes of female empowerment, his take on materialism and tradition are very inspiring.It’s a gift to be allowed to work with such source material.

Lachauer: Although the book consists of six separate stories, the tone of Dahl’s narration felt like theses rhymes really belonged together on a deeper level all along. Being fans of parallel plot structures, we saw the chance to try and develop one big story out of them. Taking a cue from by Dahl’s storytelling boldness, we started to take some tonally similar liberties in the adaptation process. We tried to give the characters and their motives more depth and the stories a more complex structure, while leaving out everything that felt redundant. So, the way Dahl treated the original rhymes gave us the motivation to approach our work with a similar liberty and joy, which allowed us to stay close to his lines while inventing a joined world around them.

Schuh: And then there’s the wonderful illustrations by Quentin Blake. A fantastic visual starting point obviously but also quite daunting. Trying to copy his wiggly artwork would have felt like blasphemy to me. But at the same time, not incorporating the core of his designs, his wild shapes, also would have felt like leaving an essential part of the book behind. So, we set out to keep his characters, his designs, get close to the essence of his wonderful shapes without copying his style, his line work. The basic rule was: When you go back to reading the book after seeing the film there is no contradiction. They are the same characters in the same situations. Just very obviously “sculpted” instead of drawn, like an interpretation by a different artist.

What was the animation/design philosophy behind the project?

Lachauer: Everything started with a visit to the Munich Puppet Museum, which was located just behind Jakob’s and my favorite café in our hometown of Munich. We’d met up there for one of our very first discussions about the project and its design approach, but with no plans of visiting the museum (we both knew it from our childhood). It was clear that Revolting Rhymes needed a different approach than our previous specials, so we thought about different ways of stylizing 3D environments and characters.

Working with the aesthetics of theatre-stages and puppets had been something that Jakob and I had discussed at that point. So as we were sitting there in front of that old museum, we turned around and walked in, to have a look at the puppets. As we marveled at those carved and painted heads, hands, and legs, almost a century old, the marionette stages, with flat, beautifully rendered stage props and layering it all came together. They were the perfect three-dimensional representation of Blake’s line-work. We took many, many photos, which became and stayed one of our main guidelines for the modeling and texturing of characters and sets.

How did you achieve the stunning, almost-puppet-like style of animation? How many people worked on it?

Lachauer: We were extremely lucky to work with a team of very talented and highly motivated animators who gave their best to achieve the animation style we had in mind. The puppet references clearly were enormously useful in creating the look, but keeping up that feeling throughout the production remained very demanding. In total roughly 80 people worked on the project over the course of two years of production.

What would you say were your biggest challenges?

Lachauer: Revolting Rhymes was a very challenging production in almost all aspects. One of the biggest challenges, however, was the process of the adaptation itself. Taking these rhymes that were originally not connected and intertwining them into one coherent fairytale was a tough nut to crack. Then inventing a strong new narrator to narrate these stories, to basically replace with Dahl himself with, was another big challenge, and finding a really fun connection he might have with these tales was another challenge. It felt almost impossible to find the right connections between the different storylines, while keeping their individual character arcs and tone consistent and making sure the overall rhythm and flow of the films worked. It took many months longer than planned.

Schuh: Also, because we had decided not to add any new rhymes to Dahl’s original text, all the relationships between these previously unconnected characters had to work silently, but without the audience ever noticing that these key strands of story are actually without the characters ever really speaking to one another. That’s difficult, because -apart from those parts- there’s a lot of dialogue pretty much everywhere else in film.

Lachauer: And as we were working towards a very hard deadline (the Dahl centennial) a date that simply couldn’t be moved – production had to start midway through the story process. This created a very tight and cramped schedule where many things had to be done in parallel. So while we were working with a completely untested approach to the design of the world, it allowed us no time for trial and error. Especially error.

How was “Revolting Rhymes” different from your previous collaborations with Magic Light?

Lachauer: Apart from the very different source material, Revolting Rhymes also had a very different production approach than our previous films. Instead of working with an existing studio from the beginning, we had planned to build a studio around the project. We started out with a very small studio in Berlin, with only Jakob and myself sitting in a room agonizing over the adaptation. We then moved into bigger studios twice and eventually ended up with a team of 25 people in Berlin within half a year. Although some of our team members had worked on previous MLP productions, in essence, a completely new core team had to be found, which is tough when you’re on a tight schedule.

Another big difference to the previous productions was that, compared to our previous films, this one has a much more complex structure and a lot more characters and sets. But the schedule was tighter, so we had to achieve a lot more in less time. With no previous productions to learn from in those regards, everything had to be figured out on the fly.

What was the most memorable response you got from audiences?

Lachauer: We’ve had a lot of very nice feedback on the various screenings of the film so far, but the most memorable moment for me was at the French premiere as a little boy indignantly shouted “Oh la laaa!” during the scene where the first Ugly Sister gets her head chopped off.

Schuh: I had a sweet moment a week ago in Brussels, where, at the very end of a long interview, the interviewer suddenly clocked that the different stories in the film had had nothing to do with one another in Dahl’s original book. She asked me to basically start the interview all over again, because she felt she now had more pressing questions.

Finally, what is your take on the global animation boom worldwide?

Lachauer: With the new era of video streaming and media like VR and AR on the horizon, demand for animated content has been growing exponentially and will continue to do so. Although I’m really happy to see our industry becoming more and more relevant for a growing audience, I do fear a certain decline in quality with this growing demand. Recent developments in the commercial feature film market are a very good example of this decline. As the many sequels and game adaptations show the increase in feature film output dictated by economics simply can’t be fueled with enough creative input to enable unique and authentic stories to be told.

Schuh: At the same time, unconnected, there has been an encouraging slate of artistically extremely strong productions in the last years, not following the trend described above: Ernest & Celestine, The Red Turtle, My life as Zucchini, The Girl Without Hands etc. etc. What an incredible streak of films! It seems like there’s an upside to the slight crisis happening in the more tested territories.

For more information about Revolting Rhymes and other animated projects, visit http://www.magiclightpictures.com/ 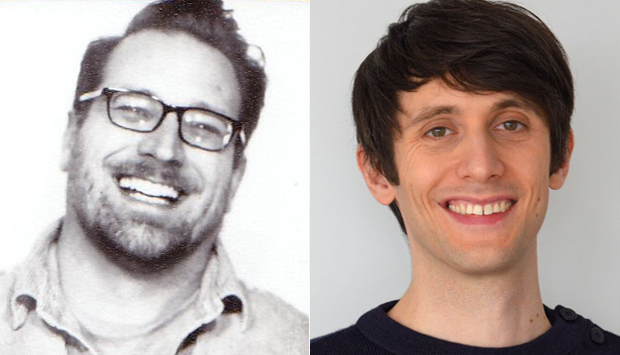 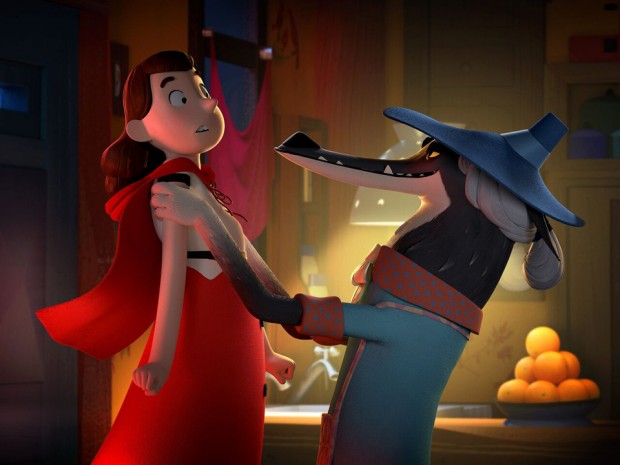 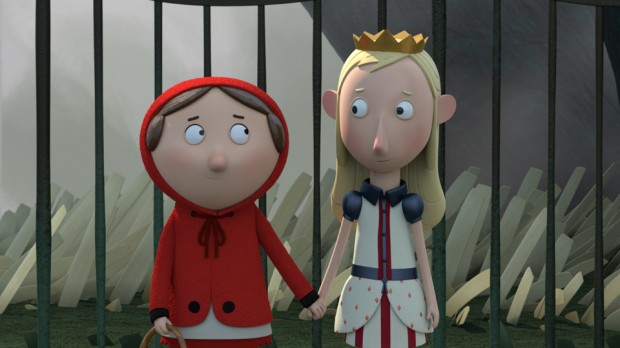 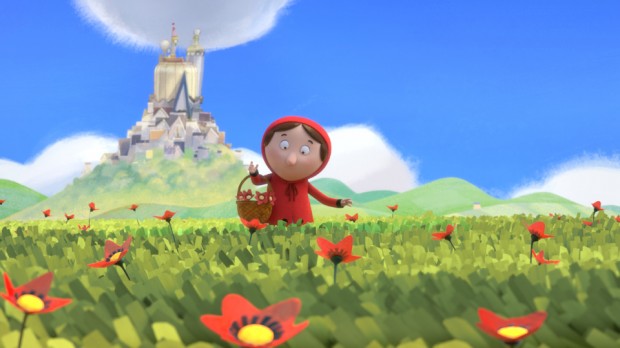 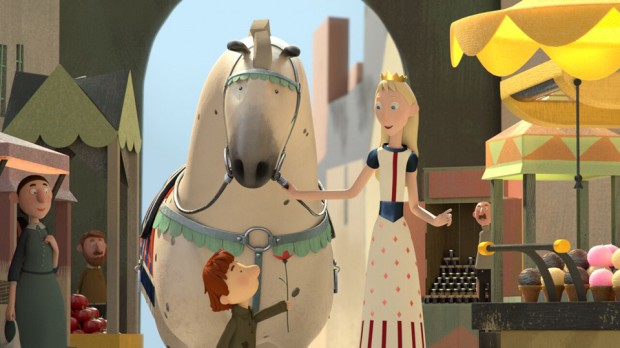