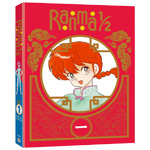 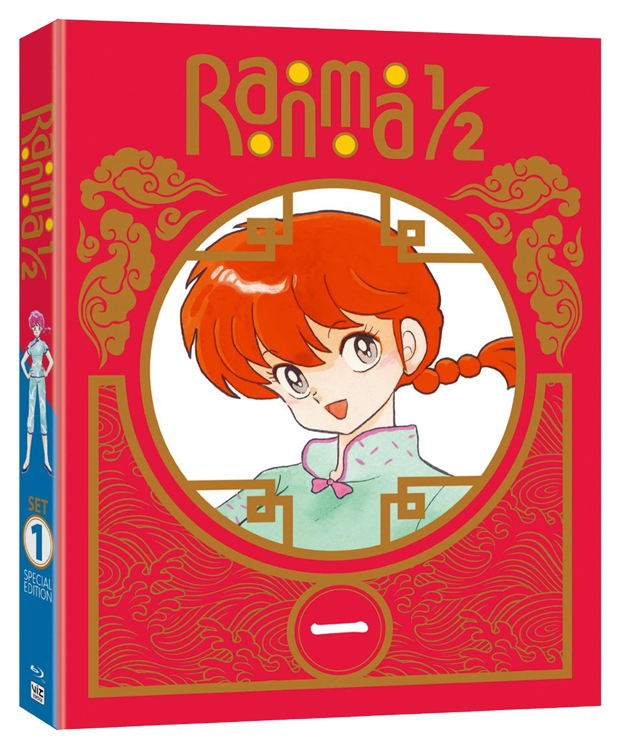 Since its debut as a manga in 1988 and in animation a year later, Rumiko Takahashi’s gender-bending romantic farce Ranma½ has been a fan favorite on both sides of the Pacific. Because he fell into a cursed spring while training in China, dark-haired high school martial arts champion Ranma Saotome turns into a buxom, red-haired girl when he’s hit with cold water. (Hot water returns him to his proper gender.) Ranma and his father, Genma (who turns into a giant panda under similar circumstances), move into the dojo-home of Suon Tendo. The fathers announce that Ranma and Suon’s hot-tempered daughter Akane are engaged, despite the participants’ violent objections. Akane calls Ranma’s a jerk; Ranma complains Akane’s “un-cute.” They both have a point. When Ranma enrolls at Furinken High School, the complications multiply exponentially. Kuno, the school Kendo champion and gasbag, falls for girl-type Ranma, while his brittle sister Kodachi is smitten with boy-type Ranma. Geographically challenged Ryoga arrives at Furinken High, eager to pick up a quarrel with Ranma that dates back to junior high school. (They were going to duke it out, but Ryoga got lost looking for the vacant lot behind his house.) Ryoga goes ga-ga over Akane, and the romantic polygon adds yet another angle. Ranma½ is a zany reminder of the slapstick fun only animation can provide. The drawn characters switch genders more easily and convincingly than live actors can with elaborate make-up and prosthetics. Although the comedy is very broad and very funny, the filmmakers add just enough reluctant affection between Ranma and Akane to keep the series from feeling rancorous. These 18 episodes, available on Blu-ray for the first time, comprise the first broadcast season — an appropriately nutty introduction to this transgender comedy. When an overwrought Suon tells Genma, “With you and your son in the house, there’s never a dull moment,” he makes rare understatement. 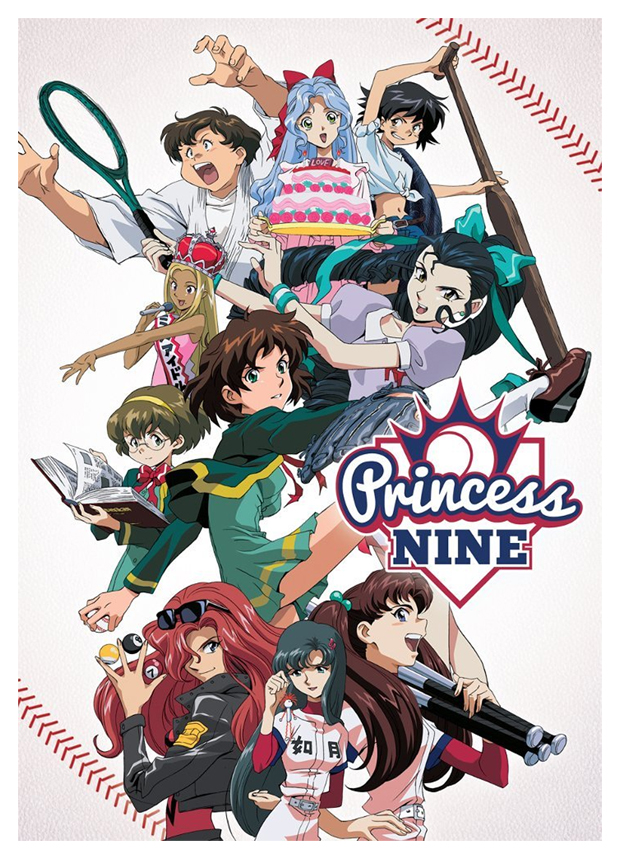 Fifteen-year-old Ryo Hayakawa inherited her late father’s pitching ability, including a jet-propelled fastball. He only left her mother a small noodle restaurant, so Ryo plans to quit school when she graduates from junior high and become “the best waitress in Japan.” But her athletic talent impresses Ms. Himuro, the head of prestigious Kisaragi High. Ignoring sexist opposition, she gives Ryo a scholarship to build a championship girl’s baseball team with the help of irreverent Coach Kido. Ms. Himuro wants a team that can win the Koshien Tournament. (The annual high school baseball championship, the Koshien is one of the biggest sports events in Japan: Its popularity eclipses even “March Madness” here.) Although the animation is extremely limited, Princess Nine succeeds because was Ryo is such a likable, real character. And the girls she recruits for the team aren’t the leggy beauties of Sailor Moon. Large-framed but timid Mao becomes catcher; the other girls disguise diminutive Kanako so she can play shortstop without her father recognizing her. Ryo reacts with disbelief when Hiroki, the dashing star of boy’s team, announces he loves her. In the tournament semi-finals, the girls have to face the boys’ team from their own school, making the game a duel between pitcher Ryo and power hitter Hiroki, intensified by their mutual attraction. The series concludes on an upbeat note that is neither predictable nor pat. Princess Nine will leave U.S. viewers wondering why Japanese animators, who live a more sexist society, can create such interesting female characters. At a time when American heroines invariably seem to be either spunky or mean-mouthed, the girls on Ryo’s team are well-rounded, believable individuals. A great gift choice for any sports-minded girl. 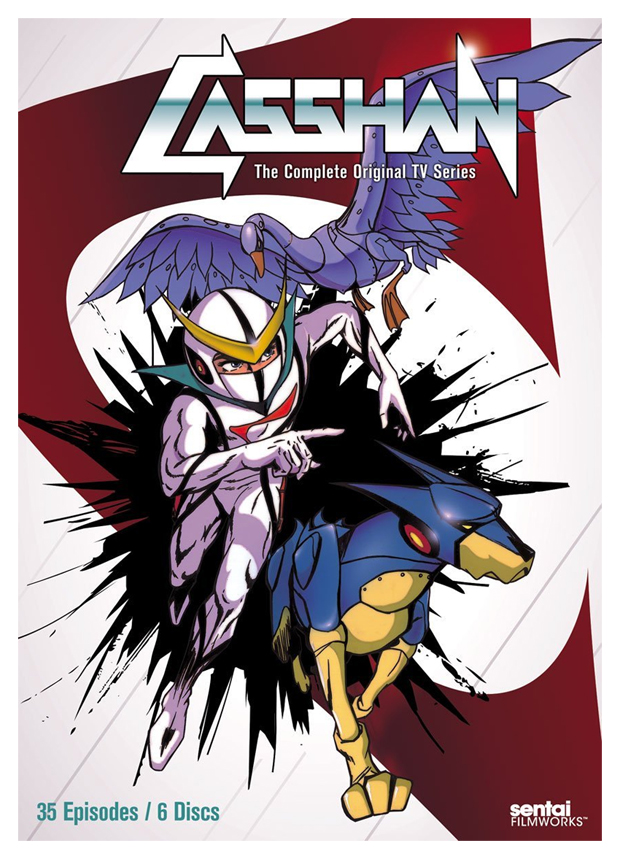 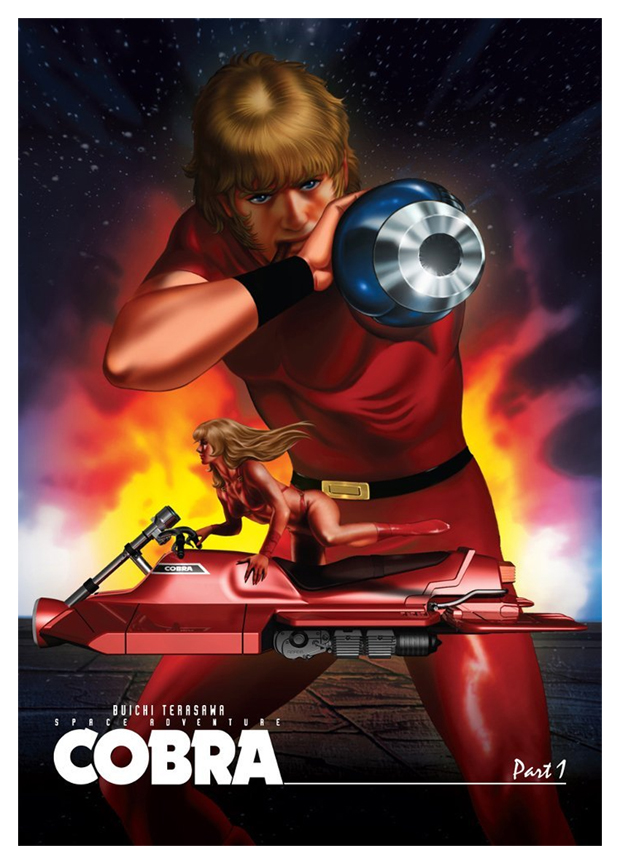 Casshan (1973) and Space Adventure Cobra (1982) reflect an interesting time in history of Japanese animation. More than a decade after the original Astro Boy (1963, remade in 1980), the animators and designers were still looking for a graphic identity, and looked to Western models, including Hanna-Barbera. The heroes of both Casshan and Cobra would look at home with Race Bannon in an episode of Jonny Quest. Tetsuya, the hero of Casshan, is the son of the brilliant scientist Dr. Azuma, who is building androids to help clean up the polluted Earth. A thunderstorm brings the mechanical men to life, but they turn bad under the leadership of the human-hating “Braiking Boss” (sic). After Dr. Azuma revives the noble German shepherd Lucky as a mechanical version of himself, Tetsuya insists his father do the same to him. As the android Casshan, he will fight for humanity and defeat the evil his family has inadvertently loosed on the world. In the not-too-distant future, Cobra is living the mundane life of a small-time salaryman with a dented old robot-servant. When he goes to a multi-sensory dream palace, he experiences an adventure as a space pirate hunter with a deadly “psycho-gun” implanted in his left arm. The theater had programmed a completely different fantasy: Cobra has tapped into repressed memories. Soon he’s back on the job, fighting the notorious Pirate Guild with the help of the sexy robot Lady Amaroid. The look of both series will be familiar to Baby Boomers. Although neither Casshan nor Cobra made it to American television, reworked versions of other Japanese series from that era aired in the U.S., usually in syndication. Mach Go Go Go became Speed Racer (both 1967); Science Ninja Team Gatchaman (1972) was reincarnated as Battle of the Planets (1978). Students of animation will want these sets, just as they want the earliest Looney Tunes, not because they’re great entertainment (they’re not), but because of their historical interest. Casshan and Cobra are the forerunners of more interesting Japanese heroes, just as Bosko and Buddy are the forerunners of Bugs Bunny and Elmer Fudd.