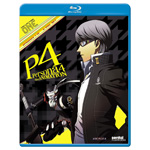 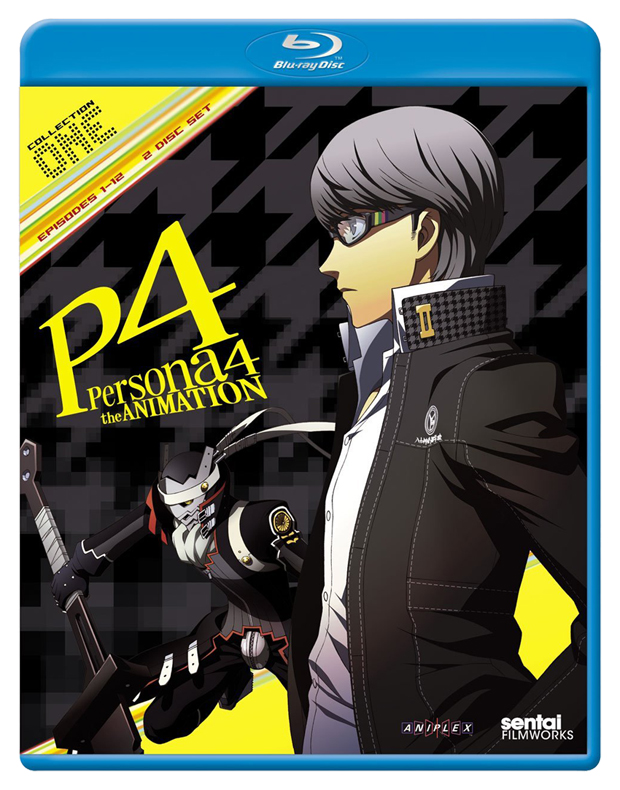 Persona 4 is a welcome rarity: An animated series based on a computer game that people who’ve never played the game can enjoy. When his parents go abroad for work, Yu Narukami is sent from Tokyo to live with his uncle and niece in the flyspeck town of Inaba. He expects he’s in for a boring year at Yasogami High, but a mysterious killer starts leaving bodies sprawled on old TV antennas aroudn town. As he befriends klutzy Yosuke, bossy Chie, shy Yukiko and tough guy Kanji, Yu learns about the eerie “midnight channel.” On rainy nights, bizarre images appear on television at the stroke of midnight. Yu also learns that he and his new friends can pass through TV screens into an alternate world that’s somehow linked to the midnight channel — and the murders. But when they enter the world, each teenager has to face the embodiement of the aspect of his personality he most dislikes. Yukiko, who works diligently at her family’s traditional inn, longs for a freedom she also fears. Kanji, who beat the sushi out of a local gang of biker toughs, fears being mocked because he likes “cute little shit,” including the animal charms he sews. When they acknowledge the flaws as part of themseves, the characters receive magical cards that summon their Personas, supernatural alter-egos who can slay the resident demons. With the special powers that come with being the “Wild Card,” Yu becomes the leader of the group.

The story rambles at times, and the plot about solving the eerie murder falls by the wayside in the second half of the show. Yu and his friends become a gang of fairly ordinary teen-agers, attending the inevitable school festivals and class trips. Romantic crushes lead to slapstick comedy. Teddie, a melodramatic (and sometimes annoying) little bear who guides the friends through the alternate world, assumes human form in the real one—and pursues both Yukiko and Kanji. Some of the writing is very clever, especially the way the two linked “Stormy Summer Vacation” episodes play off each other. The designs for the Persona creatures have an off-beat flamboyance that contrasts nicely with urban grit of the alternate world settings.

The two elaborate final battles may tie into the ongoing series of Playstation games, but they feel unnecessary and over-the-top. Yu and his friends are engaging group — even without special effects. 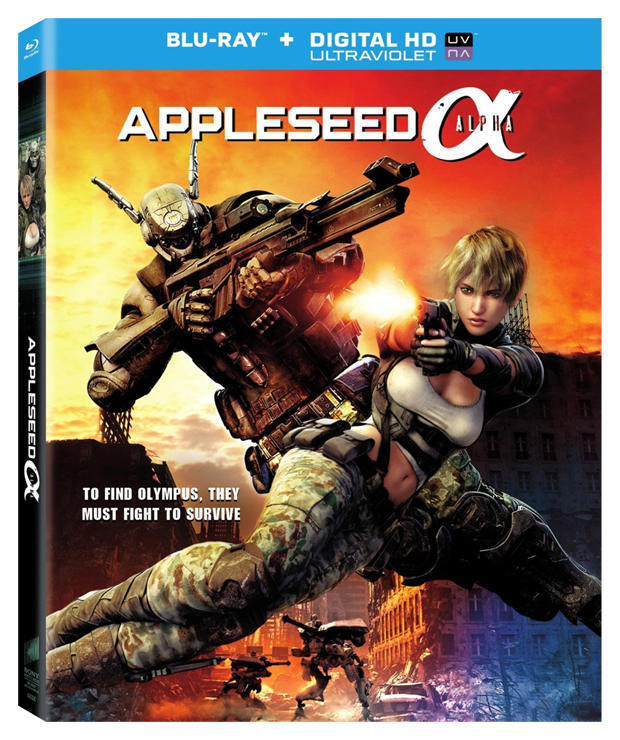 Anyone who doubts the existence of the Uncanny Valley phenomenon should take a look at Appleseed Alpha: the creepy motion capture humans in the film make the cast of Polar Express look downright vibrant.

Alpha is the latest adaptation of the Appleseed manga by Masamune Shirow, the creator of Ghost in the Shell. Shirow’s original adventure was primarily set in Olympus, a model city built for the survivors of World War III in the 22nd century. In this prequel, the two main characters, tough-as-press-on-nails Deunan (voice by Luci Christian) and cyborg “bioroid” Briareos (David Matranga), who was once her boyfriend, wander distopic ruins searching for Olympus, although they’re not sure it really exists.

Two Horns (Wendel Calvert), the warlord of a ruined city hires them to eliminate some nasty bipedal drones from one end of town. During the fight, they encouter Iris (Brina Palencia) and Olson (Adam Gibbs). Iris is apparently human, although she’s so under-animated she seems to have escaped from a department store window; Olson’s a more human-looking cyborg. They’re On A Mission. Deunan and Briareos bond with the newcomers while blowing up things and decide to join their mission.

Iris is charged with preventing the evil cyborg Talos (Josh Sheltz) from capturing a secret, super weapon humans were building at end of the war. But Talos finds them and uses Iris to activate the gigantic insect-like war machine. The original engineers didn’t quite finish the job, so there’s the equivalent of a thermal exhaust port that gives Deunan and Briareos the entrance they need to blow it to smithereens.

The audience never really learns who Deunan and Briareos are. There’s no time for character arcs, as they’re too busy firing guns and throwing grenades in an attempt to energize the lethargic film. Although Two Horns has a mechanical face that suggests a Noh demon mask, Calvert’s over-the-top voice suggests a hip-hop crime boss. If the vocal performances are unconvincing, there’s only so much the cast can do with Marianne Krawczyk’s leaden screenplay that runs to such clichés as, “He died for something he believed in.”

Despite all the explosions, shoot-outs and martial arts moves, director Shinji Aramaki fails to infuse story with much excitement. Even when the doomsday weapon emerges from its underground bunker, there’s no sense of urgency. Everything plods along as predictably as a paint-by-number.

Appleseed has already been animated several times. The original adaptation was released in 1988, the same year as Katsuhiro Otomo’s watershed Akira. But Akira pointed the way to much of the future of anime; Appleseed largely summarized its past. John Woo produced the more elaborate, stylish and violent

second feature Appleseed Ex Machina (2004). The broadcast series Appleseed XIII (2011) was recut and released as two features subtitled Tartaros and Ouranos. Appleseed Alpha‘s release is tied to a line of action figures and the soundtrack album.