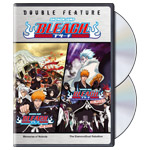 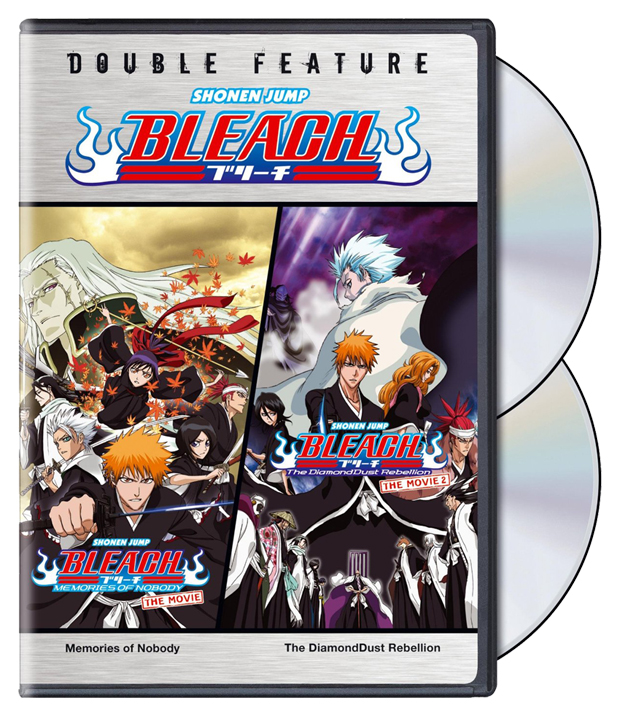 Although he’s the one of the most popular anime heroes in the world, Bleach‘s Ichigo Kurosaki has little in common with conventional Good Guys. He’s a scrawny-looking high school kid with spiky orange hair (his name means “Strawberry”), and he freely admits, “I’ve got a bad temper, so I get in fights easily.”

But people on both sides of the Pacific adore Ichigo: Tite Kubo’s original manga has sold tens of millions of books worldwide. “Bleach” has also been adapted to an animated TV series (350-plus episodes), direct-to-video adventures, a rock musical, several video games and four theatrical features, the first two of which have just been re-released.

Since he was a child, Ichigo has been able to see the spirits of the dead. His ability caught the attention of Rukia Kuchiki, a Soul Reaper charged with destroying soul-eating monsters called Hollows. When she’s injured fighting an especially nasty Hollow, Rukia transfers her sword and much of her power to Ichigo. The spiritual energy that enabled Ichigo to see spirits makes him a formidable Substitute Soul Reaper.

As Ichigo learns to control his powers and trains to augment them, he gains friends on Earth and in the Seireitei, the realm of the Soul Society, a guarded preserve where rivalries fester among the various squadrons. The weird, powerful officers of the Soul Society make the villains in “Dick Tracy” look like the boy next door. Most of them fight with swords, but they also take fantastic forms — an interlocking chain of hooked blades or a cloud of small knives that suggests the petals of a murderous flower.

As Memories of Nobody (2006), begins, Ichigo’s and Rukia’s endless squabbles are interrupted by the appearance of hordes of “Blanks” — odd white creatures that look a bit like snowmen. Senna, an unfamiliar Soul Reaper, bursts onto the scene and destroys the Blanks. Although she appears human, Senna is a Shinenju, an entity composed of the memories of thousands of lost souls. Ganryu, the leader of a rebellious clan banished from the Soul Society a century earlier, is plotting to use her powers to destroy both the Soul Society and the World of the Living. Ichigo stops him with some help from his Soul Reaper friends.

Memories of Nobody returns to one of the main themes of Bleach: Ichigo’s desire to protect the people he cares about. In the manga, he declares, “I’m not Superman. I can’t protect everybody in the world. But I don’t just want to protect the few who I can hold in my arms. I want to protect as many people as I can.”

Although the film boasts more elaborate special effects than a television budget permits, Memories of Nobody has a melancholy feeling that’s never more than an undertone in the broader, more comedic series. The faster-paced, harder-hitting Diamond Dust Rebellion (2007), feels more like the rambunctious broadcast series.

In the second film, Ichigo’s friend Captain Hitsugaya is assigned to guard the Ouin, the staggeringly powerful seal of the royal family of the Seireitei. When the Ouin is stolen, Hitsugaya is declared an outlaw. He wants to recover the stolen artifact alone, but Ichigo insists on helping him. Kusaka, the thief, was Hitsugaya’s closest friend when they were student Soul Hunters. Forced to duel for the possession of an enchanted sword, Hitsugaya thought he killed Kusaka, but he somehow survived. Naturally, the only way to resolve the problem is a spectacular no-holds-barred battle with the key characters from the series. In contrast to the elegiac Memories of Nobody, Diamond Dust Rebellion has a rambunctious energy that will delight fans of the TV show.

However, the best of the Bleach films remains the third, Fade to Black, which Viz will presumably be releasing soon with the fourth, Hell Verse. 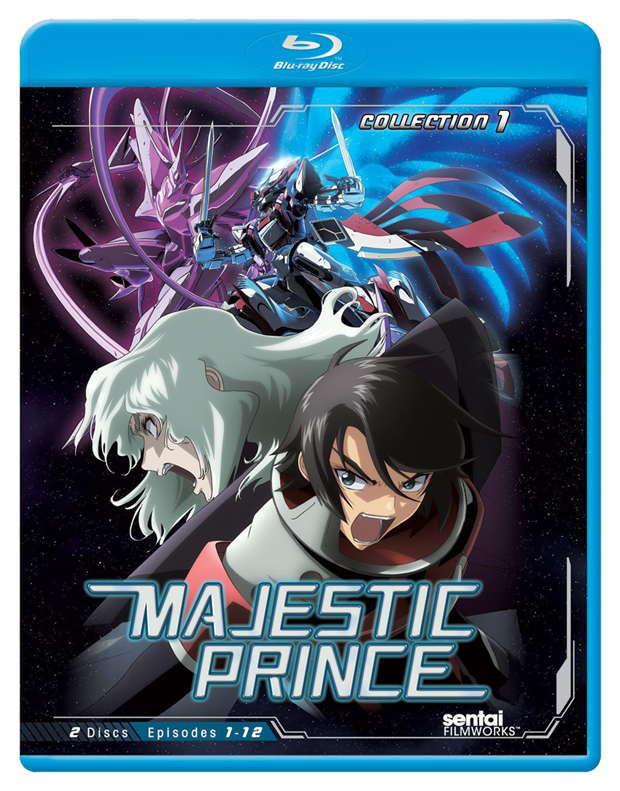 The first collection of Majestic Prince (2013) is simultaneously intriguing and frustrating: This sci-fi adventure boasts snazzy mecha designs and skillfully choreographed space battles, but it lacks the coherent story and compelling characters that would give the flashy visuals real impact.

Based on the manga by H. Arashima, Majestic Prince focuses on Team Rabbits, a.k.a. the “Fail Five,” the least impressive team at the space academy. The squad is made up of five familiar types: the leader, Izuru Hitachi (Houston Hayes), is a swaggering would-be hero and aspiring manga artist; Toshikazu Asagi (Corey Hartzog) gets ulcers worrying about what people will say on line about their performance; Ataru Surugu (Tyler Galindo) is a spectacled nerd with an encyclopedic knowledge of weaponry. Intelligent Kei Kugimiya (Genevieve Simmons) seems stuck in impatient mode, while klutzy, bouncy Tamaki Irie (Monica Rial) chases every male in sight.

They may not be an impressive group, but Team Rabbits isn’t comprised of ordinary kids. They’ve been genetically engineered, and all their memories of their earlier lives have been erased. Their DNA has been used to bond them to super mecha combat suits, known as AHSMB (Advanced High Standard Multipurpose Battle Device), which resemble compact Gundam Mobile Suits.

Like countless other teen-age mecha pilots in anime adventures, the quintet needs to learn how to control their suits’ amazing capabilities, and how function as an effective fighting team. And they need to learn it fast, as Team Rabbits has been chosen to lead the fight against the alien Wulgaru, who have invaded the solar system and are menacing human civilization.

Pretty much every element in Majestic Prince has been used in other anime adventures, usually more effectively. The members of Team Rabbits are no less ill-assorted or initially unprepossessing than the crews in Patlabor or Planetes. But the characters simply aren’t very interesting. Because their minds have been wiped, they have no backstories and very little depth.

Worse, the filmmakers can’t seem to decide if they’re telling a serious Gundam-style adventure or a spoof along the lines of Martian Successor Nadesico. In a single episode, the characters may go from battling the Wulgaru in a sword fight in outer space that violates all the laws of physics–in the best Gundam tradition—to acting like knock-about farceurs.

The story problems feel doubly frustrating, as the artists have created some of the best-looking mecha suits in recent years. The AHSMB are beautifully designed, with every angle and color carefully worked out. Director Keitaro Motonaga stages the fights with rare panache. The impact of video games is clear in both the designs and choreography. Motonaga moves individual robot-suits and masses of space ships in ways that convincingly suggest three-dimensional space, like the best shooter games. The action is fast-paced, the camerawork skillful and the results are genuinely exciting—or they would be if the viewer had the slightest interest in the pilots of Team Rabbits.