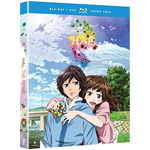 The popular new mini-feature Hal plays like cross between the live-action film Her and a three-hanky weeper from the 1950s.

Teen-age heroine Kurumi (voice by Bryn Apprill) has been living in almost catatonic seclusion since her heart was broken. After a big argument, her boyfriend Hal (Chris Burnett) ran off and was killed in an airplane explosion. She sews and broods in an elaborate, traditional Japanese house.

Moved by her wretched existence, her family of traditional Japanese fabric dyers converts their robot Kyuichi into an android simulacrum of Hal. (“And so I became human.”)

Ignorant of the world, the substitute Hal has to learn how to please Kurumi. He cleans; he tries to cook. Guiding him are the notes the original Hal and Kurumi wrote to each other on the faces of old Rubik’s cubes. When he reads, “adopt a giraffe as a pet” as a future goal, he negotiates a way bring her a life-sized giraffe sign from an old bakery.

He puts on a yukata and takes her to an elaborate religious festival; Kurumi begins to emerge from her shell. But their newly restored world starts to crumble when the couple encounters Hal’s rowdy childhood friend Ryu (Todd Haberkorn). Hal was a sickly little boy. His parents borrowed heavily to buy him a new heart, then disappeared, leaving him burdened with the staggering debt. Hal grew on the streets with Ryu, stealing and hustling to get by. These revelations build to the surprise ending.

Hal suffers from more plot than the filmmakers can effectively fit into 60 minutes of screen time. The audience doesn’t have a chance to learn much about the parents or the their robot worker who gets made into the android version of Hal. How did he “become human”? It’s also never clear when the story is taking place: The robot technology suggests the far future, but the airplane that explodes (conveniently over the parents’ old-fashioned dying facility) is contemporary. Hal will undoubtedly please its intended audience of teen-age girls, eager to sob over the pain of the star-crossed lovers. Other viewers will find Hal frustratingly incomplete. 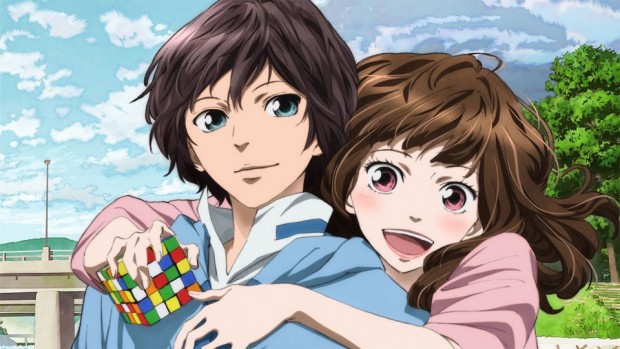 ‘Boxtrolls’ Opens at No. 3; ‘Guardians’ Hangs in at 8
Cartoon Network Picks Up ‘Horrid Henry’ for APAC