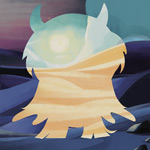 In a sweet animated short created by Glendale, Calif. studio Renegade Animation, children living with cancer get valuable advice on coping with the loneliness of long hospital stays. Titled Being by Yourself, the film was created as one of a series of 20 animated shorts for The Imaginary Friends Society, a joint project of the Pediatric Brain Tumor Foundation and advertising agency RPA.

Being by Yourself stars a cuddly blue yeti named Yuri who is somewhat of an expert on loneliness. Camped out in the middle of a desert with no company but her own make-believe friends, Yuri suggests that when undergoing complex medical procedures or when family members are away, kids can use their imaginations to conjure their own companions: “When you have an imagination, you’re never really alone.” The short’s whimsical style and colorful animation helps soften the serious message for young children.

“We wanted to capture how it feels for a child to be in a place where there’s no one else around,” explains Renegade Animation Director Darrell Van Citters. “And we wanted to show how you can magically fill the space with friends and zoom through it in your mind.”

Designer John Bajet adds: “Yuri has the personality of a kid and she has an optimistic outlook on life. She may be experiencing a dark time—she’s a winter creature who has been plopped into a foreign place—but she knows how to make something out of nothing.”

Being by Yourself has joined the other films in the series on the Imaginary Friend Society website. Each short tackles a different cancer-related subject in a warm, child-friendly manner, with the aim of helping young patients get through scary times by giving them useful information and suggestions in a way they can relate to.

“It’s wonderful to contribute to a project that may help families and kids get through the toughest time in their lives,” says Renegade Animation Executive Producer Ashley Postlewaite. “We’re proud of the enthusiasm and passion our people brought to this project and thrilled to be a part of the campaign.”

Learn more about the studio at www.renegadeanimation.com. 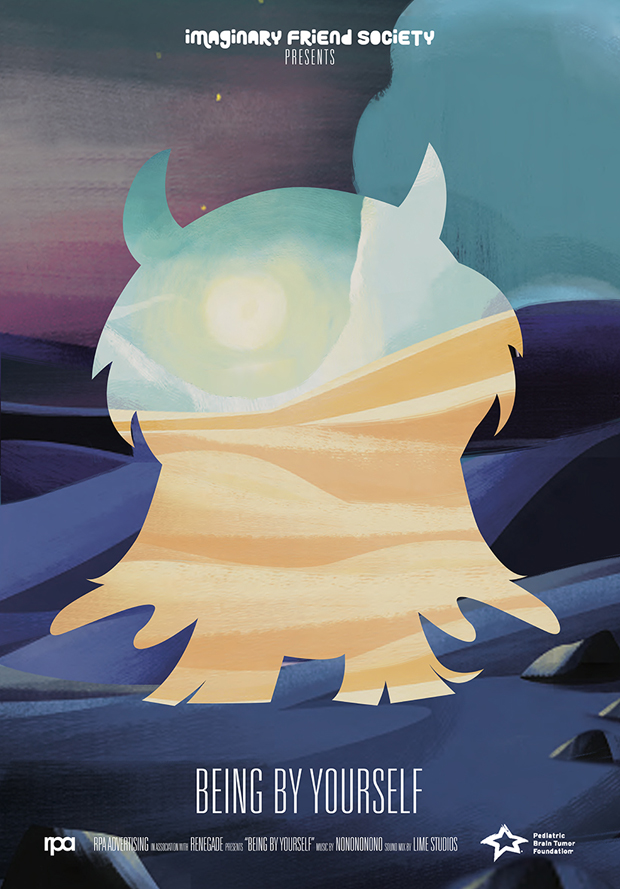