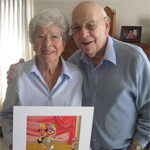 I was saddened to get a call a few days ago from Martha Sigall informing me that her husband Sol had passed away. Sol Sigall was neither an artist, a writer, nor a voice actor, but he had a solid connection to the animation industry through his cheerful and unflagging boosterism of his wife, whose career as an inker and painter at the Leon Schlesinger Studios began even before the first recognizable Bugs Bunny cartoon was ever made.

I first met Sol and Martha through their capacity as docents at the Warner Bros. Museum, on the studio lot, positions they happily held for years. Only later did I learn that Martha was a veritable living and breathing history of the American cartoon industry, particularly as represented by the Warner shorts. She recounted her life and experiences delightfully in her book Living Life inside the Lines: Tales from the Golden Age of Animation, which should be on the bookshelf of anybody who is interested in the history of cartoons (and if it isn’t, go buy it!).

While a commonly accepted term in its time, these days saying “ink-and-paint girl” stands as evidence of the glass ceiling that existed for decades within the animation business. Back in 2000, I interviewed Martha about the place of women in the toon trenches throughout the Golden Age:

“There was one lady animator in the really old days, her name was Laverne Harding, and she worked for Walter Lantz. Everybody knew about her as an animator, and she was like a goddess because nobody else even got to be an inbetweener. We were in awe of this type of person. I don’t know how she did it. When I went [to Schlesinger’s, in 1936] there were two or three women in the background department. And they did have some [women] inbetweeners during the war. I think Madeline and Marilyn Wood were the first two girls that they made inbetweeners. There was another gal at Fleischer’s, Lillian Friedman, but I had never heard of her until we had a Golden Award [an award ceremony given by the Animation Guild, Local 839] and they had a special award for her. She told me that she got half of what the male animators got, and she was turning out as much footage as they were. She was a full animator in everything except money.”

When I asked Martha if she or anyone at the time objected, she simply laughed and said, “I wasn’t a rebel.” She added:

Most of all, Martha and Sol Sigall loved each other, a devotion that was contagious. Even though Sol’s last years were fraught with illness, his indomitable spirit and humor will remain alive in the memory of his many friends. 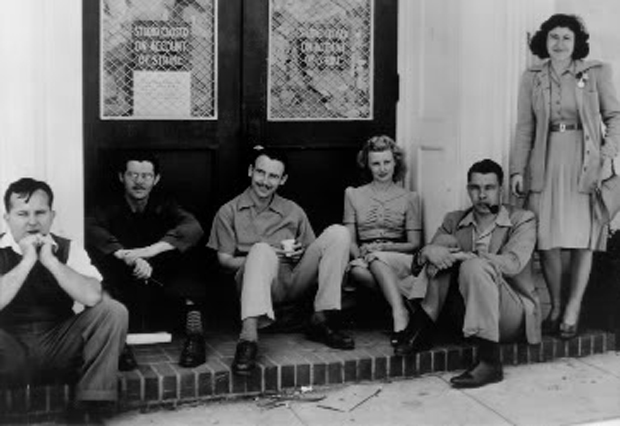