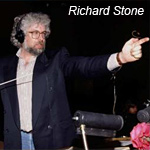 Some eighty years ago, after it was decided that cartoons should be heard as well as seen, the song scores in many cases became the driving forces for the shorts. An entire crop of now-heralded composers–Oliver Wallace, Scott Bradley, Carl Stalling, and by proxy, Raymond Scott, among them–contributed greatly to the sound of animation. In more recent years Danny Elfman, Alf Clausen and Randy Newman have joined their ranks as Toontown tunesmiths.

The name Richard Stone might not be as familiar as the others, in part because he tragically died of cancer in 2001, which cut short a rising career as the music man for the reformed Warner Bros. animation division. But more than any of the modern composers named above, he managed to recapture the spirit of Golden Age cartoon scoring.

I was lucky enough to see (and hear) the Emmy-winning composer/conductor at work in 1995, when I witnessed a recording session for Pinky and the Brain. The task at hand was to provide full orchestral accompaniment to the Brain’s singing description of the various parts of the brain, to the tune of Camptown Races. Most of the orchestra was laughing by the end of it. At a break in the recording, Stone explained that while breaking up during takes was not a chronic problem for the players, “everybody does have fun.” He added:

“The musicians we use are top of the line, first-call L.A. scoring musicians, and a lot of them will not accept a Jerry Goldsmith score for something in order to play in one of our sessions, because they’re having so much fun. One of the most rewarding things is that most of the people in the orchestra are fans of the show, and during the ten-minute breaks they come to the booth to watch the playback, because they like the show. The music is very difficult to play, so they play very seriously when they’re being conducted. The laughing comes afterwards. But in most cases they enjoy it partially because it is very difficult music for them to play. The string players, for instance, in most movies-of-the-week about some disease, will sit there playing whole notes for six hours. When they’re with me, it’s 16th-notes at a very fast clip. It’s a great challenge for them.”

Stone was sometimes touted as the heir apparent to Carl Stalling, the great Looney Tunes composer, and he was fully aware of, and awed by, the challenge of living up to Stalling’s legacy:

“Probably the greatest moment of my life was the first time I stepped onto that state where he [Stalling] actually conducted, in that same room, using that same piano, and heard my own music coming out. This is the best moment in my career, this is what I’ve always wanted to do, and I’ll continue in this state of Nirvana as long as Warner Bros. will have me. It’s a tremendous responsibility, and something I take very seriously.”

Well, maybe not that seriously, since when asked point blank about the challenge of filling Stalling’s shoes, Stone declared, “Actually, I wear a size 16.” 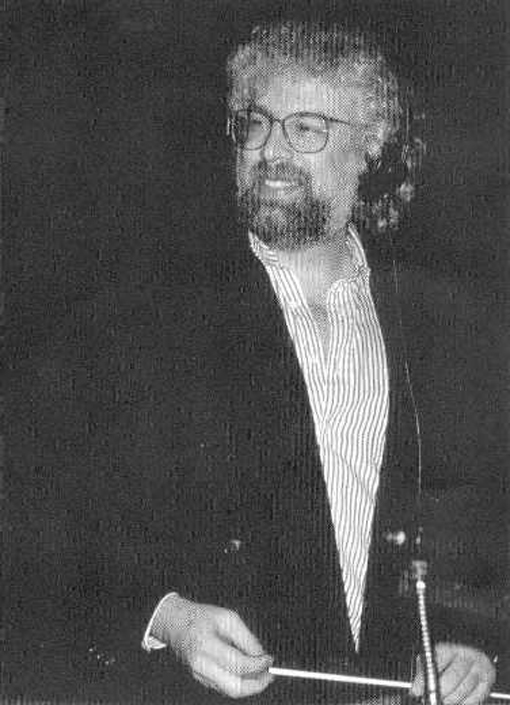