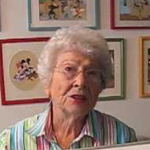 Very few people can be called irreplaceable, but Martha Goldman Sigall, who passed away this week at the age of 97, was one. Martha was a walking encyclopedia of the American animation industry because she had lived it all, from the late 1930s, when she began working at the Leon Schlesinger Studio as an ink-and-paint girl, to her final decades, when she became the go-to person for any writer or filmmaker working on a project about the history of cartooning.

Martha was there for the fairly long birthing process of Bugs Bunny, working on the cartoons that charted his evolution as a character, starting from 1938’s Porky’s Hare Hunt through 1940’s A Wild Hare. She was still connected to the Wabbit six decades later, working as a docent for the Warner Bros. Museum at a time when Bugs’ return to the big-screen in Carrotblanca (1995) was part of the exhibit. In between (so to speak), she worked for nearly every studio in town, and even moved from the ink-and-paint desk to the camera department during the war, while the men were in uniform. I spoke with her about her experiences for an article on women in the animation business in 2000, and she noted her new position was definitely a short-term job:

“The day the war was over somebody from the cameramen’s union called me and told me that my work permit was just cancelled. We just accepted it.”

In that conversation Martha also recalled an animator named Laverne Harding, who was the woman to break through the glass ceiling and receive on-screen credit from the Walter Lantz Studios:

“She was like a goddess because nobody else even got to be an inbetweener.”

None of this should be construed to imply that Martha held any bitterness about her career or the fact that in the 1930s through the 1960s, women could only go so far in the business. Quite on the contrary, Martha loved her life and career, and she loved sharing details about them with anyone who wished to call her or come over to the home she shared for decades with her beloved husband Sol. She became a familiar face and voice in documentaries about the classic age of cartooning, and when the television show History Detectives needed an expert to identify an unusual and obscure piece of animation history, they went to Martha Sigall.

The reason I never did a long career interview with Martha was because it would have been redundant: she was already working on a book of her own, which was published in 2005 as Living Life Inside The Lines: Tales from the Golden Age of Animation, and which remains the best book around on that era of animated filmmaking ever written.

It is hard to think of someone so generous, so vital, so knowledgeable, and so full of life and love as Martha as being gone. All I can do is repeat what I wrote about her when she received the June Foray Award in 2004: Martha Sigall was one of the animation community’s greatest treasures. 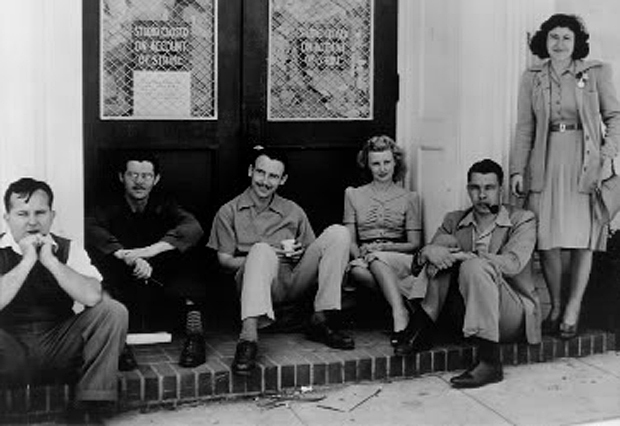