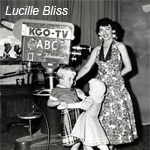 I have written about Lucille Bliss before on this blog. But upon hearing the sad news that this talented little lady passed away a couple weeks ago, I was drawn back to the interview I did with her in 2003, to find more stories about her fascinating career. If there is one thing Lucille never had a shortage of (aside from work), it was stories. She was a brilliant raconteur, and in speaking about her life and career, the tales would simply bubble up out of her.

Lucille was, of course, best known as the voices of Crusader Rabbit, in television’s first animated series, and Smurfette in the long-running show The Smurfs. Most know that her first job in animation was as the voice of nasty stepsister Anastasia in Disney’s Cinderella, but may not know that after recording that gig, she returned home to San Francisco and starred in a live-action children’s show. “I risked my life for that!” she told me, further describing the dangers of live television:

“I started a live children’s show in San Francisco the same day Crusader Rabbit went on, October 8, 1950, called the Happy Birthday to You Show. I did stories on it, we had a talent part, and we had a table for eight little kids that was always set like a birthday party, and we had animal guests. The only thing that put me in the hospital, believe it or not, was a penguin! These horrible things came in, not the pretty black and white ones; these were gray and brownish and stank like rotten fish…oh, it was horrible! These birds burped all the time, and we’d get phone calls: ‘Are the children having indigestion?’ So one day I’m doing a Pepsi Cola commercial, and my finger’s hanging down, and I had red nail polish on. Suddenly I feel like a hundred needles have gone through my little finger, and I can’t scream, I have to go on with the commercial, which I did. And when it’s all over, I see that this damn bird has closed its serrated beak, like needles, on my little fingernail! Luckily it lets out a big, disgusting burp, and I get my finger out. But afterwards they said, ‘Well, you have to go to the hospital, you have to get a tetanus shot.’ We had tigers, we had lions, we had a bear—and the bear was in heat—and from not one of those did I ever get an injury. But I had to go to the hospital for my finger because of the penguin!”

Lucille always said that she was an actress first and a voice specialist second. Anyone who ever saw her in one of the live voice cast shows she would stage for ASIFA functions, and witnessed her ability to transform visibly as well as audibly for a role, knows this to be true. I wrote a couple of those scripts for her, and in one created a character transformation that I thought might challenge Meryl Streep. Lucille pulled it off in stunning fashion.

It was a pleasure to know you, Miss Bliss. 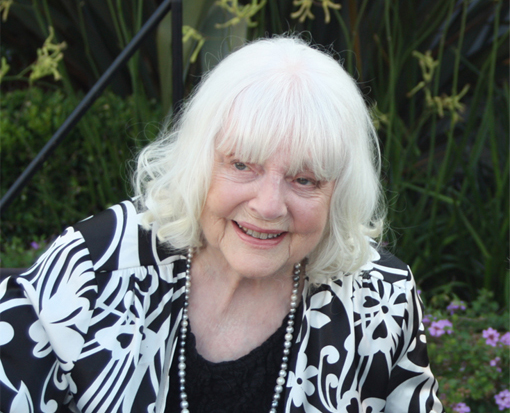