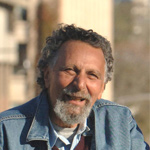 As I write this, the country is mourning the death of Tom Magliozzi, NPR radio star and possessor of the most infectious cackle since Stan Laurel. Tom and his brother Ray Magliozzi kept audiences laughing and automotively informed as “Click and Clack, the Tappet Brothers,” the hosts of the long-running Peabody Award-winning radio show Car Talk.

What has this to do with animation?

Well, about the only times Tom and Ray ventured away from their Massachusetts broadcast booth was for animation, contributing guest voices on television’s Sabrina, the Teenage Witch and Arthur, and in the Pixar feature Cars.

In 2008 they got a series of their own: Click and Clack’s As the Wrench Turns. It was PBS’s first primetime animated series and an attempt to translate the brothers’ breezy, freewheeling banter into a comedy format where even wilder situations could occur.

Back in 2008, I spoke with Toon Town’s renaissance man, Tom Sito, who was the series’ director, about translating their verbal appeal to animation. “The problem is, how do you transfer a radio program to a visual medium,” he said, adding:

“A couple years ago (the Magliozzis) had a deal with Disney and made a live-action show called Under the Hood, with George Wendt. (It aired briefly as The George Wendt Show.) It was like Home Improvement, but they weren’t happy because they thought it didn’t capture the spirit of their show and what they do. So the big thing we tried to point out when we were putting this series together was that we were not going to change what works for Click and Clack. The decision was made to make it more about the two of them as characters, their lives in the radio station and the things these two characters do. The way we saw it, it was like the way Seinfeld was conceived around Jerry Seinfeld, but after a little while, the side characters, Kramer and George, became more important, and Seinfeld became more like a spectator in his own show. We wanted to create a stable of secondary characters that could be around them that they could play off of.”

But what was it like actually directing the brothers? “A lot of the stuff they do is natural,” Tom told me, adding:

“The fun thing is that for brothers with an eight- or nine-year age difference, they do crack each other up a lot. Tom and Ray really do make each other laugh, and they laugh a lot. The hard part was to say, ‘Okay, in this scene, your best friend ran out into the street and got hit by a car … don’t laugh!’ When we get notes (on the episodes) from them, they say, ‘Put more yaks in!'”

Despite focusing on an adult audience and featuring a plethora of guest NPR voices — even Al Gore was in negotiations to play himself for one show! — fans of Car Talk seemed to prefer the audio-only version of the brothers. Click and Clack’s As the Wrench Turns lasted only ten episodes … which was still four more than The George Wendt Show!

Rest well, Tom Magliozzi, and thanks for all the yaks. 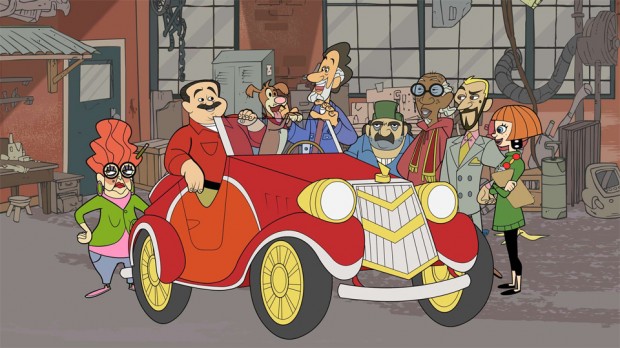