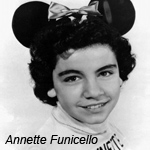 I’m going to take a little detour this week out of the Toon Trenches to remember a person who was enormously important to the Walt Disney Studios in the 1950s, and whose passing was just was announced: Annette Funicello.

Anyone of my generation knows both versions of Annette: the teenaged vixen star Mouseketeer of The Mickey Mouse Club, and then later, the perennially virginal bombshell of those dopey, but still entertaining, “Beach Party” movies of the mid-1960s. While it is difficult these days to find a celebrity who has not had direct hands-on (or voice-on) experience with animation, Annette Funicello was one. But her tenure as Disney’s most profitable 1950s star this side of Davy Crockett certainly helped pay for the studio’s animated projects.

I met Annette only once, and then only in passing, since she was already suffering from multiple-sclerosis, which ended her career. It was at a launch party for a CD compilation of songs by the Sherman Brothers, who wrote her first big hit record, “Tall Paul.” That night she was characterized by her trademark smile and displayed her indefatigable spirit. 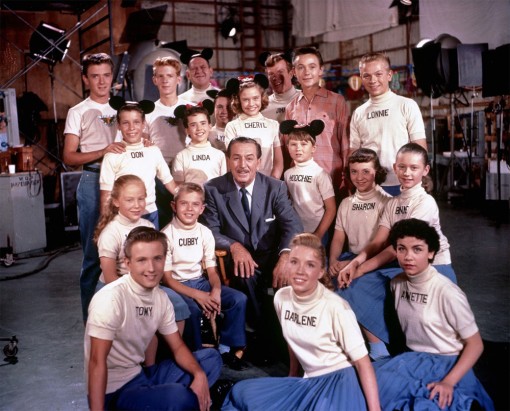 Anyone who ever worked with Annette seems to have come away loving her. In 1992, I interviewed another early Disney TV star, actor Tim Considine. While never an official Mousketeer, Tim was a “Mouse:” one of the studio’s ubiquitous young faces, who starred in The Hardy Boys and Spin and Marty on TV, and in such feature films as The Shaggy Dog. He went on to star in My Three Sons, and later played the key cameo role of the shell-shocked soldier who gets slapped by George C. Scott in Patton. During our chat, talk eventually turned to Annette, who at the time had just publicly revealed her illness. “She wasn’t a ‘Professional Young Actress’ type,” Tim recalled, adding:

“When I first met her she wasn’t nearly as beautiful as she became later, but she was attractive. She always had this attractive demeanor. I recall someone else, one of the other Mice, saying she had a crush on me, but there was nothing there. I was a couple years older than she was, and when you’re fifteen, you don’t want a 13-year-old girl [laughs]. We were among the more prominent Mice. We were always paired. I remember going down to Disneyland one time and signing autographs. God, it seemed like we were signing autographs for a year! It was probably only a couple weeks, but it seemed like forever. She was very sweet and unaffected. As in my case, credit her parents. Her father was a hero to me. He owned a service station and drove a Cadillac, which he paid for. He didn’t take anything from the kid. I thought he was a neat man. Her mother was quiet and not at all pushy. In trying to have a normal childhood––which, of course, was impossible––I used to notice how the parents of the other kids acted.”

Annette Funicello may not have been the world’s most accomplished actress, but no one can deny she had “it.” If anyone ever turned the world on with her smile, it was she. 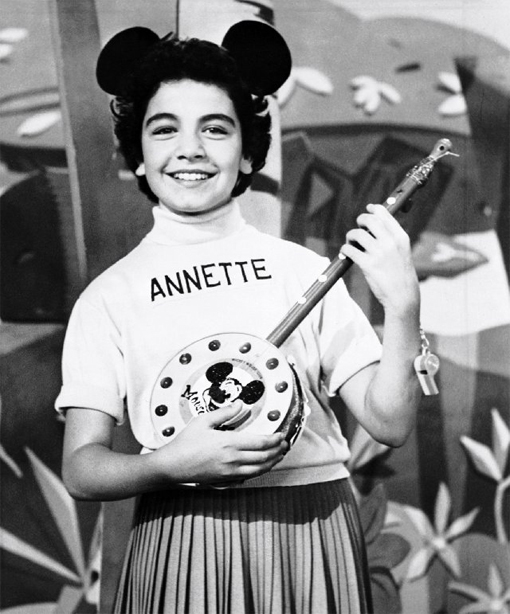