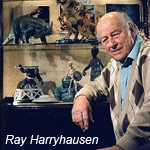 There are legends, and then there are legends, and then there is Ray Harryhausen.  The genius behind such stop-motion animation classics as The Seventh Voyage of Sinbad and Jason and the Argonauts turned 91 a couple weeks ago, and does not make films anymore.  Nor does he give very many interviews.  But in 2002 I was fortunate enough sit down and chat with him about his career, as well as his last project, The Tortoise and the Hare.

Tortoise started production in 1952 as one of Harryhausen’s fairy tale animated shorts, but was abandoned when he was hired to do the effects for The Beast from 20,000 Fathoms, which was treatmented by his lifelong friend, Ray Bradbury. Fifty years later, young animators Mark Caballero and Seamus Walsh worked under his watchful eye to complete Tortoise, with Harryhausen stepping in to do a few frames himself. 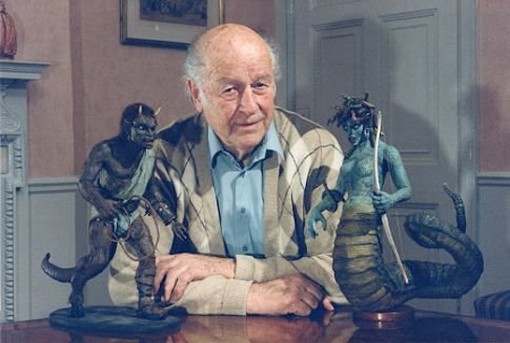 For most of his career, Harryhausen was regarded as a special effects artist instead of an animator, but the truth is, he is one of the great animators of the 20th Century.  Also for most of his career, he was loath to provide details about his “Dynamation” working technique, though he did begin to broach that subject with me when speaking of King Kong, his inspiration to get in the business, and the 1940s Puppetoons on which he worked:

The beauty of Willis O’Brien’s technique of a single feature that’s jointed is that one pose will lead to another, so when you approach the set, you do it in a broad sense from the storyboard. All the detail comes naturally. That’s why the creative process is on the set with a single figure, whereas with something like George Pal’s Puppetoons, all the figures were pre-animated, drawn, and cut out of wood.  It took 25 separate figures to make on step.  Here [on Tortoise], if the rabbit makes a step and you like the pose, it can lead to another pose that you never thought of at the time, so you are really acting through the puppet.  A lot of it is spontaneous. 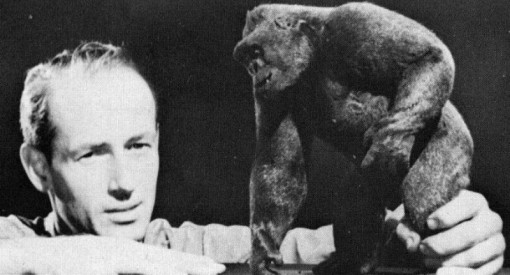 Harryhausen also revealed why he had not discussed his techniques much in the past.  “When I first saw King Kong, I didn’t know how it was done,” he said. “Today you have magazines that release how things are done before the picture even comes out.  I think that spoils it. The grand illusion doesn’t exist anymore, because in a 30-second commercial, you see the most amazing images.  Today you’ve seen so many startling images that the miraculous is now commonplace, which is a pity, in a way.”

Even though I was as guilty as anyone of spoiling the grand illusion through magazine articles, I saw his point.  However, there is nothing commonplace about the startling images Harryhausen created throughout his career, including those early shorts he not only produced, directed, and animated, but also designed, lit, and photographed, often without taking credit.  “I was very modest in those days,” he told me.  “I didn’t want Harryhausen, Harryhausen, Harryhausen.”  Then, with a laugh, he added:  “It took me a good many years to discover that modesty is a dirty word in Hollywood.”

You may also like...
Related Topics:Dynamation, Jason and the Argonauts, King Kong, Mark Caballero, Puppetoons, Ray Bradbury, Ray Harryhausen, Seamus Walsh, The Beast from 20000 Fathoms, The Seventh Voyage of Sinbad, The Tortoise and the Hare, Willis O’Brien