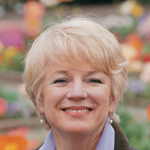 Q: Could you tell us a little about the original Suzy’s Zoo?

Suzy Spafford: I began creating the world of Suzy’s Zoo many years ago in San Diego, California, where I live. The brand started as small, whimsical illustrations that I sold at outdoor art exhibitions on weekends and summer breaks while I was a college student. These little pastel drawings were a sideline to the watercolors I also exhibited. I drew a lot of different animals, such as a big-eyed frog, a turtle who read the financial report, and a yellow duck-like character that could do things people like to do – especially kids! – such as play the drums, surf, play baseball, basketball, football, tennis – just about any sport. Kids would watch me draw and give me ideas. It was a golden time of creativity. I called the collection “Suzy’s Zoo.” Adults also chuckled over the illustrations, and confessed they liked them just as much as the kids did. It evolved to become one of the most recognized greeting card brands in the U.S.

As time went on, the range and numbers of characters in Suzy’s Zoo grew, and our product line became extensive. People would write in with comments, telling me, “That little yellow duck is me!” While Suzy’s Zoo remained a paper-based company, we also began to license the art in an even wider range of items. Major retail chains both in the US and abroad have carried baby, toddler, and women’s items based upon these cheerful and evergreen characters. The publishing program has now released more than 50 original books in all categories: jacketed picture books, primary books, activity books, read-to-me books, coloring books, board books and more.

Q: And now it’s an animated series. How did this come about?

Spafford: Through the efforts of our resourceful and tireless agents, Lawless Entertainment—and timing is everything!—we were blessed to meet the lovely folks at Mondo TV, who saw immediately the whimsical and durable worldwide appeal of Little Suzy’s Zoo and Duckport. Thanks to the Mondo team, it has been an amazing journey from creating the scripts to animating The Adventures in Duckport series!

Q: What made Mondo the right partner for this venture?

Spafford: They believed in us from the start, for one thing. And they are young, and cheerful, very much like the characters of Duckport, and have enormous energy and drive to put this huge brand together into a TV show. They are giving it their all.

Q: How was the animation style chosen and developed? Why is it appropriate for the characters?

Spafford: Mondo recognized that the Suzy’s Zoo illustrations are hand-drawn in a watercolor-like style, and that was the way the images should be projected—in traditional hand-drawn 2D HD.

Q: What will the approach to the story be? Which of the many Duckport-related characters will take center stage?

Spafford: The stories are told through the heart of Suzy Ducken. She is the friendly little yellow duck who just wants to make everyone happy. She’s good with tools, likes to climb trees, and has sensible, sound ideas. Along with her nextdoor neighbors, Jack Quacker on one side and Corky Turtle on the other, the three build a ramshackle clubhouse platform up in the large apple tree between their houses. Suzy’s best friend, Emily Marmot, wants to join their club, and how can the others resist? Emily always brings the treats! Even though she is fussy about dirt and worms and such, Emily doesn’t want to miss out on anything. Whatever Suzy is doing, Emily wants to do, too. Her twin brother Ollie Marmot idolizes brave and bold Jack Quacker, and does everything to keep up with Jack’s bravado. But Ollie is Emily’s opposite, in that he keeps worms as pets, and is a powerhouse tunnel-digger. Ollie loves the dirt.

Penelope O’Quinn was the last to join the Adventure Club. She wears beads on the ends of her porcupine quills, an artistic and practical touch. Suzy admires Penelope’s originality and imagination. Together, these six make up The Duckport Adventure Club. But that is just part of the cast. Huge and ancient Boris Apatosaurus – a dinosaur – ferries the kids across the river to school and other destinations. The ostrich Cornelia O’Plume is their teacher; Grandma Gussie is everyone’s favorite grandma; Hugo Bear is the town handyman; Stanley Longswallow, a giraffe, is the town’s mailman … and that is just getting us started.

Q: When will Adventures in Duckport reach TV screens — and where?

Spafford: It is anticipated that 26 of the 52 planned episodes (11 minutes each) will be available for broadcast in Fall 2017. This series promises to be a hit with broadcasters and kids in over 100 countries.  The series, created in 2D HD is targeted to 4-6 year olds.

Spafford: Yes. Mondo TV and Lawless Entertainment will be working on the best possible broadcast placement. Alongside that, a licensing and merchandising strategy is in place. It will be led, not surprisingly, by publishing and toys, but numerous other categories are being discussed.

Q: Are you looking forward to seeing the characters you developed all those years ago reach a global TV audience?

Spafford: It was always my dream to bring my characters to life and bring them to the widest possible audience. And now, that dream is becoming a reality! The idea that children around the world will have the chance to join my characters in their adventures around Duckport is truly a dream come true.  I’m excited for the worldwide audience to explore and have fun in Duckport alongside Suzy Ducken, Jack Quacker, Ollie Marmot, Emily Marmot, Corky Turtle, Penelope O’Quinn, and the rest of the gang! 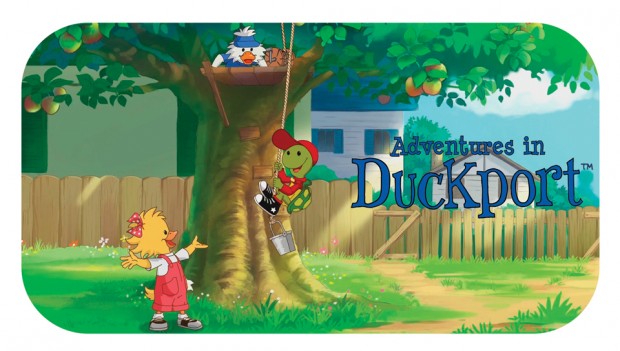