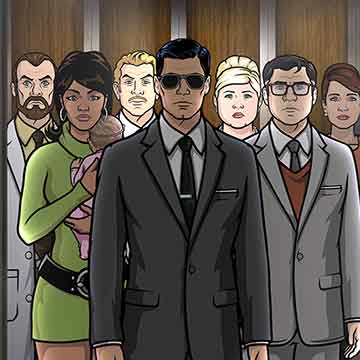 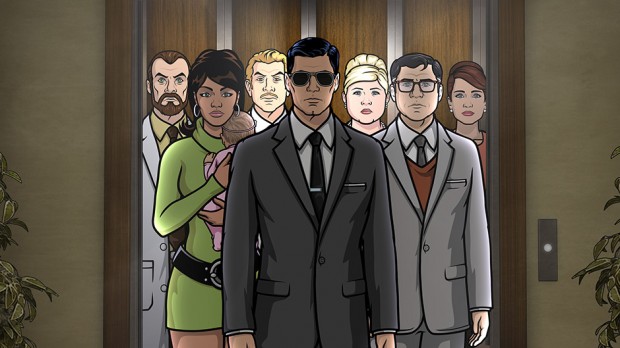 Archer is back, and nobody’s happier to see him than the hit animated FX series’ executive producer, Matt Thompson.

When last we saw spy Sterling Archer, voiced by H. Jon Benjamin, trying to sell cocaine after the agency he worked for, ISIS, was disbanded. Dubbed Archer: Vice, the fifth season also saw Archer and Lana Kane, voiced by Aisha Tyler, had become the parents to a baby girl.

Season six, which begins its 13-episode run Jan. 8 on FX, sees the series go back to its roots, though Thompson, executive producer on the series along with creator Adam Reed, says it’s more complicated than that.

Animation Magazine: What were the biggest challenges you faced coming into season six?

Matt Thompson: I love what we did lately, but I wanted to get back to the hard missions — going out, spying, people are going to die. It’s a more visceral comedy. Not a lot of people noticed, but last season nobody died. They were out trying to sell drugs and we kind of got away from what our roots are. I loved last season, but what we wanted is to bring it back to where it used to be. So now it’s back to Archer doing the dangerous missions, and we’re going to see him take one step forward toward being a good father and maybe two steps backward into being a bad father at the same time. 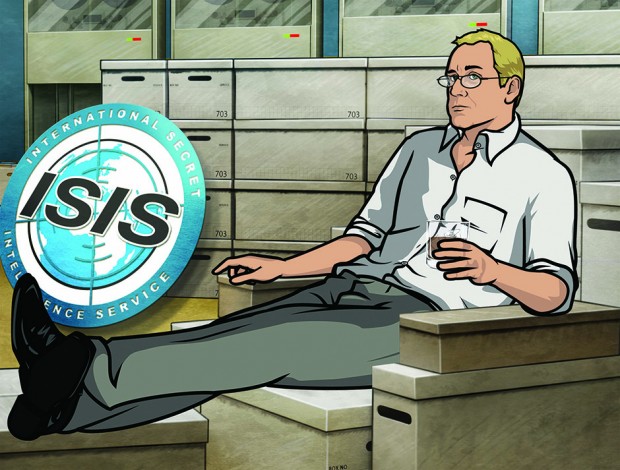 Animag: Do you have any concerns going back like that in not repeating yourself or being able to find fresh ways to tackle it?

Thompson: I don’t think that we are repeating because we allow the characters to grow. For better or worse, they’re informed by their past season and their past relationships. They’re going back to doing the same jobs but these are slightly different people now. And really, that shows up mostly between Archer and Lana this season in the emotion of what that means to have this baby between them as they’re going out there and doing these incredibly dangerous things.

Animag: Any plans for new characters or changes to the existing characters?

Thompson: There are some new people coming in but my favorite is some of the old people we are bringing back. My favorite character that is part of the Archer universe that is not in the main cast has always been Barry the Cyborg. So one of our best episodes of this season is an episode where Barry is coming back. And it happens to be the episode where we meet Pam’s sister, Edie, who is played by Alison Tolman, who was just on Fargo. From the first season, if people stuck with us that long, there was a great character named Conway Stern, who was a black Jewish secret agent voiced by Coby Bell. He is coming back as well and we’re finally going to get to meet Lana’s parents; they had to meet this baby. And two of the best just straight-up voices were cast as the voices: CCH Pounder and Keith David. Another great guy is Rob Huebel who I’ve loved on Childrens Hospital. There’s this old Clint Eastwood movie called The Eiger Sanction and we did a takeoff on it and, as far as animation goes, that episode with Rob where they’re climbing up the mountain has some of the best-looking stuff we’ve ever done. 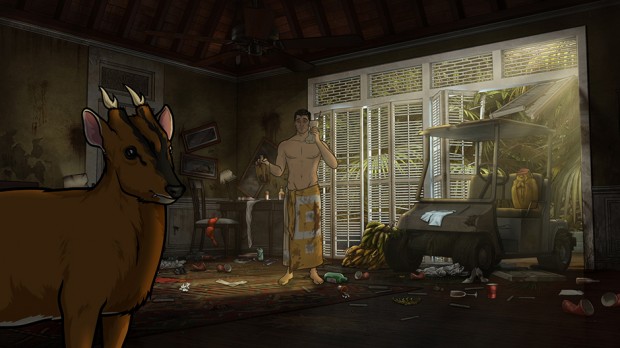 Animag: Has anything changed in the way you produce the show?

Thompson: We have changed our pipeline, but we didn’t do it consciously. We did it because I had a show I was doing in Harmony that came offline unexpectedly as it got retooled. Our pipeline on Archer has always been: Photoshop backgrounds, Illustrator characters, and After Effects animation. I had all these people in Harmony, and I said let’s try and use them to make it better. We’re not reinventing our wheel here, but you’ll see some fights and some punches, like in the very first episode there’s a fight with Archer and this Japanese soldier and you can tell, oh, that’s different. And it’s like way too fluid and way too beautiful looking. We’re not completely doing the show in Harmony, but there are little pockets where you’ll notice.

Animag: What else can you tell me about season six?

Thompson: We did an episode this season that was really challenging for us in its simplicity, which is the entire main cast gets stuck in an elevator for the whole show. And it’s one of the funniest ones of the entire season because all it is is spending time with these people bickering at each other. But it was really interesting and a challenge animation wise to keep that interesting, being trapped inside an elevator and trying to make that visually interesting. I think that we did a good job.