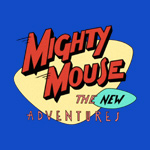 After 163 entries over the course of 2½ years — all culled from the thousand or so interviews stowed inside my garage — I have decided that it is time to call a wrap on Tales from the Toon Trenches. I thank all of you Toon Trenches readers for accompanying me on this journey, and, of course, the fine folks at Animation Magazine for facilitating it.

Before I go, though, I will take one more trip into the past, about 20 years past, when I was forced to postpone my midlife crisis in order to become the father of a baby boy. Over those two decades that lad has gone from being a very willing accomplice in watching cartoons with the old man while meeting cool people like Chuck Jones, June Foray and Tom Kenny, to being a creative force in his own right who has developed his own animated series. A lot changes in 20 years, and it could be argued that the animation industry has changed more completely and faster than anything else.

Back in 1995 I spoke with Judy Price, who was then the head of children’s programming for CBS. Like all TV children’s executives she was dealing with the start of the “toon boom,” when the previously moribund art form suddenly began to dominate. Our phone conversation was one of the very few times my son, then only months old, decided to make his presence known in the background by screaming, necessitating my cutting short an interview that had taken a week to set up, and begging to reschedule it. Judy was understanding, particularly after I pointed out that, 20 years earlier, a middle-aged, stay-at-home dad with a baby calling a powerful TV executive who was a woman would have been high-concept fantasy. Things change.

Anyway, Judy talked about the changes that were happening in the television animation industry, and pinpointed one series in particular as being the real impetus … and it’s probably not the series you’re thinking of. “Mighty Mouse (The New Adventures, Ralph Bakshi’s 1987 reboot) started the trend for the kind of animation that Warner Bros. has done so successfully,” she told me, adding:

“I can remember when he had Mighty Mouse on, kids weren’t there yet. The show was ahead of its time. I hear now from people who say their kids love it. They’ve got it on video, and kids love it, but they didn’t get it then, it was too sophisticated. But Mighty Mouse sort of set the stage for a lot of things that started happening in terms of some of the real sophisticated animated adult sensibilities. Look across the landscape of what Warner Bros. is doing, what Nickelodeon is doing, and Fox … kids are more sophisticated today. There was a time when something was not kid-relatable or totally acceptable, but now you can have many levels, and I think that’s reflected in what many of us will do. At the same time, the minute we go all one way, along will come a Smurfs.”

And the fact that the third Smurfs feature film is slated for 2016 serve to prove that, 20 years ago, CBS’s Price was right. 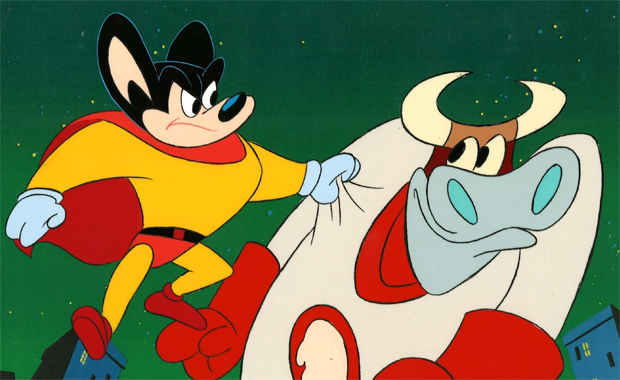