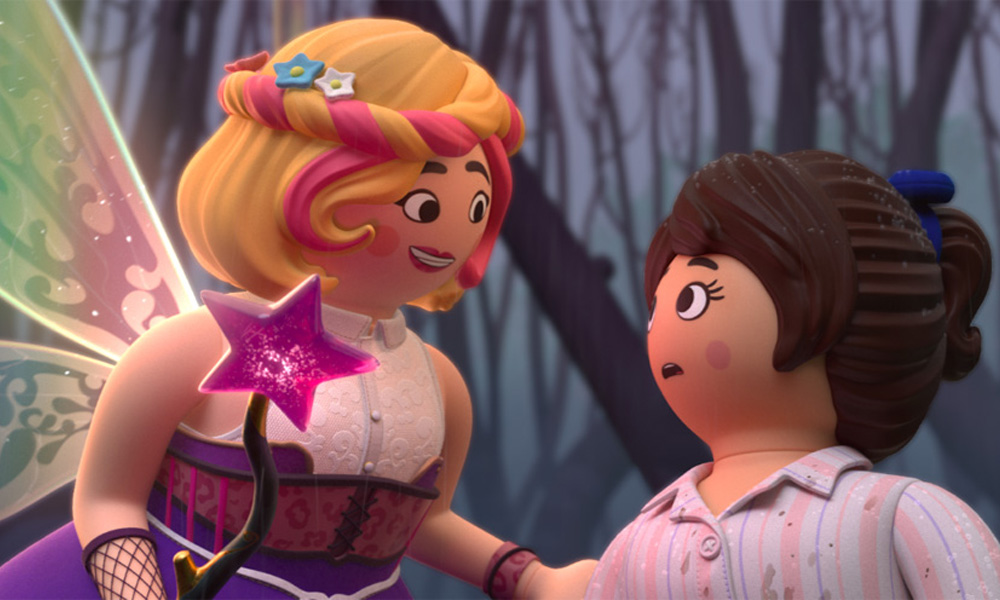 This year’s edition of the Annecy Int’l Animated Film Festival (June 10-15) in France will open with the world premiere screening of Playmobil: The Movie, produced by ON Animation Studios in Montreal and based on the globally popular toy brand. The movie was presented as a Work in Progress at last year’s festival. Pathé will release the film in France on August 7, kicking off its rollout across Europe and worldwide.

Playmobil: The Movie is directed by Disney veteran Lino DiSalvo (head of animation, Frozen). The Annecy world premiere is scheduled for June 10 at 8:30 p.m. in the Bonlieu Grand Salle during the opening ceremony (invitation only), with DiSalvo and the film’s producers in attendance.

Synopsis: When her younger brother Charlie (voiced by Gabriel Bateman) unexpectedly disappears into the magical, animated universe of PLAYMOBIL®, unprepared Marla (Anya Taylor Joy) must go on a quest of a lifetime to bring him home. As she sets off on a fantastic journey across stunning new worlds, Marla teams up with some unlikely and heroic new friends: the smooth-talking food truck driver Del (Jim Gaffigan), the dashing and charismatic secret agent Rex Dasher (Daniel Radcliffe), a wholehearted misfit robot, an extravagant fairy-godmother (Meghan Trainor) and many more. Through their vibrant adventure, Marla and Charlie realize that no matter how life plays out, you can achieve anything when you believe in yourself!

Lino DiSalvo, a graduate of Vancouver Film School, spend nearly 17 years at Disney Feature Animation; in addition to Oscar winner Frozen, his credits include supervising animator on Tangled and Bolt, and animator on Meet the Robinsons, Chicken Little, 102 Dalmatians and the Reign of Fire park attraction. He was then creative director for Paramount Animation before joining Paris-based ON Animation Studios (The Little Prince) as Head of Creative. Playmobil: The Movie marks his directorial debut. DiSalvo is currently developing his next animated feature, The Badalisc, inspired by Italian folklore.

‘The Cyanide & Happiness Show’ Returns to VRV This Year
ThinkTank, Treason Media & Sylvia Medina Discover ‘The World According to Dave’