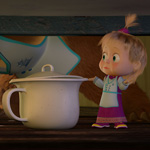 Animaccord has inked an agreement with leading worldwide family educational platform PlayKids, which will be adding hit animated preschool series Masha and the Bear as well as its popular spin-off series to its offerings for PlayKids App subscribers in the US and Canada. The companies have also extended their deal for the property in Latin America.

“This launch represents our platform’s commitment to offer the best children’s content and Masha certainly helps deliver that message,” said Fernando Collaco, head of content, PlayKids. “We chose Masha because of its educational and entertainment value to our subscribers. We couldn’t be more pleased in welcoming Masha and the Bear, Masha’s Tales and Masha’s Spooky Stories to our viewers in the United States and Canada.”

The CG-animated Masha and the Bear is a global phenomenon which has broken records across both traditional media and new digital platforms.

All shows are available in these territories through the PlayKids App for iOS and Android.

With more than 5 million monthly active users, the PlayKids App is offered in more than 180 countries. It was chosen as one of the best apps for iOS and Apple TV in 2016. Launched in 2013, the app offers more than 4,000 educational and entertaining cartoons, books, games and activities selected by children’s specialists to help and stimulate physical, intellectual and social development.

Animaccord is the international licensing company that manages the global promotion for the Masha and the Bear brand, and produces and distributes the animated series. Consumer products partners include Simba Dickie Group, Ferrero, Danone, Spin Master, Ravensburger, Egmont and Hachette. With just 70 released episodes, the show surpassed 35 billion views worldwide on YouTube, including views from Vatican city and the Antarctic. The episode “Recipe for Disaster” is the only animated content included in the list of Top 10 most watched YouTube videos of all time with over 3 billion views 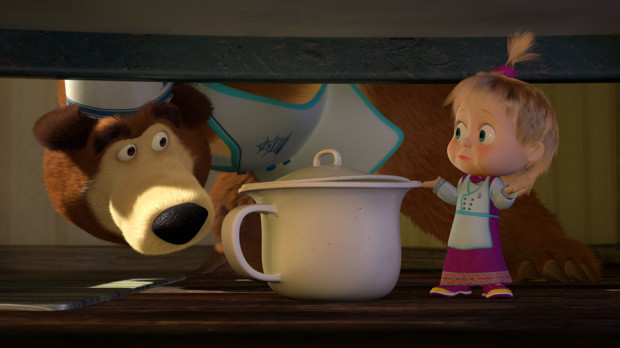