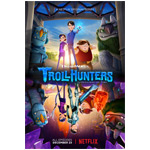 Netflix is prepping for the global premiere of its animated original series DreamWorks Trollhunters on December 23, releasing select season one episode screeners for review. We can’t spoil any plot points for you, but we can say that the project has shaped up to be everything we could have hoped for in a kid-friendly fantasy from Guillermo del Toro.

The very first moments of the series introduce the show’s soft-edged-scary creature design, which harkens to del Toro’s monster aesthetic while also broadcasting toy aisle appeal. The initial minutes also launch viewers straight into the epic battle of good vs. evil that the human protagonist is just a few ticks away from being plunged in the midst of.

You can get a taste for yourself with this gallery of images from season one. 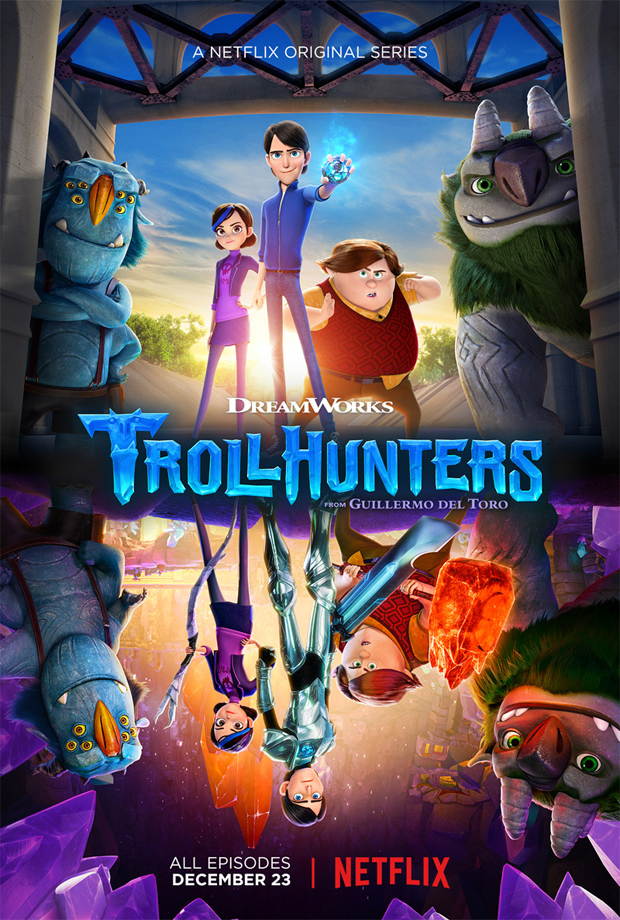 From the limitless imagination of acclaimed filmmaker Guillermo del Toro comes a tale of two worlds set to collide in the epic saga DreamWorks Trollhunters. When ordinary teenager Jim Lake Jr. stumbles upon a mystical amulet on his way to school one morning, he inadvertently discovers an extraordinary secret civilization of mighty trolls beneath his small town of Arcadia. Strong-willed and seeking adventure but wholly unprepared for the responsibilities thrust upon him, Jim is forced to take on the exalted mantle of Trollhunter, sworn to protect the good trolls from powerful enemies bent on revenge. The first human ever to hold the honor, Jim abruptly goes from fighting his way through the daily mayhem of high school to joining a war that has raged for centuries, a conflict that now threatens all of mankind and troll-kind alike. Accompanied by his closest human friends and a few key troll allies, the courageous 15-year-old must plunge headlong into a fantastical world of astonishing creatures, glorious cities, and fierce enemies desperate to destroy him. Suddenly destined to play a crucial role in an ancient battle of good and evil with stakes that couldn’t be higher, Jim is determined to save the world — right after gym class. DreamWorks Trollhunters is a heroic tale that uncoils with ambitious, complex storytelling and stunning visuals that raise the bar for television animation, creating an event series that will thrill the entire family.