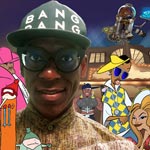 Actor and comedian Orlando Jones — who most recently appeared as the trickster Anansi in American Gods for Starz — is pioneering a new kind of animation content with the launch of HOT Chocolate Studios. Jones and his partners Harold Moss and Tom Vedel are tapping into Animgram technology to offer a proprietary live-animation platform for timely original content, and inspire fans to create their own. The studio is named for the trio’s first initials.

“I’ve been a hard-core animation fan since MAD magazine. Nearly pissed myself when I got to audition for MADtv. Then Jeffrey Katzenberg and Leslie Feldman cast me in Father of the Pride on NBC. Suddenly, I was working on the most expensive CGI animated TV show ever produced. I learned so much from the Dreamworks animation team,” Jones in the announcement. “In 2005, I started producing diversity focused animation for mobile, digital, and broadcast TV. The adventures of Chico & Guapo on MTV2 was the first multicultural, multi-platform content Viacom ever put on iTunes. It still airs throughout Latin America.”

Harold Moss, who is head of production for HOT Chocolate, is an award-winning animator and founder of New York studio FlickerLab, who has collaborated with Michael Moore and Stephen Colbert, with credits spanning film, TV, political campaigns, interactive and games projects, and more.

Co-founder Tom Vedel is a pioneer in media technology who has created several live-animation and broadcast production platforms, culminating in the studio’s core technology, Animgram. (More info in the platforms’ MIPTV Market Showcase from this spring.)

“Our tech is pretty magical, and helps us pull off the impossible. But tech on its own isn’t entertainment. It’s the combination of the technology, with my background in storytelling and the incredible network of writers, actors, and comedians I’ve spent my career working with, that gives HOT its super powers,” added Jones. “What’s special about our studio is the joining of this network of talent, the tech that lets us make timely animation, and how it empowers fans by giving them the tools to tell their stories and make animation along with us.”

The founders have created thousands of hours of animation and mixed-media content for major global broadcasters, including Adult Swim, BBC, BET, Comedy Central, Disney, MTV and Nickelodeon. They are currently working on a number of new projects, including a daily animated series centered on the upcoming German federal elections in September. This type of daily show is among the variety of new formats HOT Chocolate is developing, which will also see toons based on social media, shows where fans contribute to the animation, and a late night show featuring Jones and fellow comedians.

“Entertainment moves blindingly fast these days, and fans want to stay engaged 365 days a year. But animation hasn’t been able to deliver on that. I’ve spent the last decade looking for the way to solve this problem,” Jones continued. “When I saw Animgram, and met Harold and Tom, it was clear to me that we could finally create on-demand, timely animation in a way that scaled and worked. Our proprietary live-animation platform lets us create original projects specifically designed to fuse with the way people are watching their media today.” 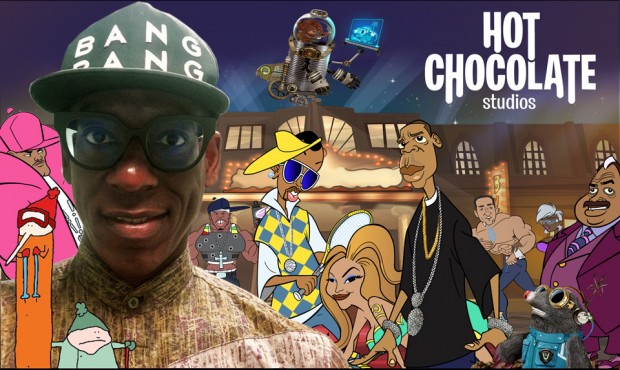