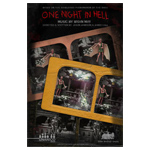 One Night in Hell, a haunting new animated short from Unanico Group and rock visionary Brian May (of Queen) in association with the London Stereoscopic Company, has arrived for international consumers online through iTunes and Vimeo following its premiere on Sky Arts & Sky 3D during the Halloween season. The short’s release is accompanied by a soundtrack from May and the Czech National Symphony Orchestra and a unique App.

Blending CG, 2D and stop-motion, the film brings to life the historic “Diableries” stereo cards that have fascinated viewers and antiquarians for over 150 years. Adapted from the book Diableries: Stereoscopic Adventures in Hell by May, Denis Pellerin and Paula Fleming, the 6’66” film follows a skeleton on a fantastical journey to hell. One Night in Hell was directed and written by Jason Jameson and James Hall. A Deluxe release package available through Vimeo includes 8 bonus features, including a documentary, and 3D English film version for 3D enabled TV or on iOS devices using an OWL stereo viewer.

The “Diableries” App is available to purchase exclusively through the App Store and provides an interactive experience, allowing viewers to enter the world of the engrossing 3D creations. Included are 24 original stereo “cards” that viewers can explore in detail with zoom features on the 2D image, and use the OWL stereo viewer to examine them in 3D. Users can further interact with the characters and imagery through the Diabl-O-Scope augmented reality application. 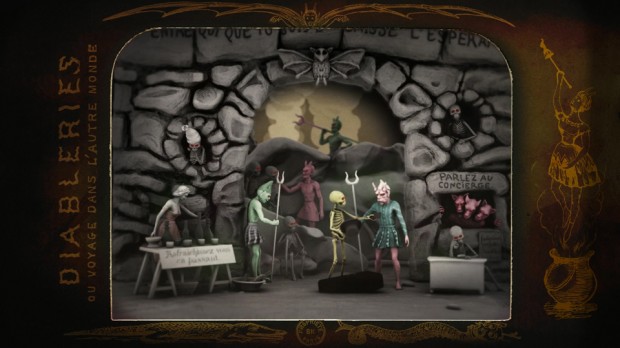 One Night in Hell