The worlds and characters created by animation hitmaker Butch Hartman collide in the new, original animated short The Fairly Odd Phantom. The Nickelodeon presentation features an ensemble cast from The Fairly OddParents, Danny Phantom, T.U.F.F. Puppy and the brand-new Bunsen Is a Beast (premiere Feb. 21 at 5:30 p.m.). The short is available now across nick.com, Facebook and the Nickelodeon YouTube page.

In The Fairly Odd Phantom, Danny Phantom and friends capture escaped ghosts in their lab, Fenton Works, but their mission quickly goes awry when secret agent Dudley Puppy messes with the control panel. Soon after, Wanda, Cosmo and Timmy end up in the lab instead of Fairy World, where they are all met by a very different newcomer, Bunsen.

Hartman began his Toon Town career as an assistant animator on An American Tail, going on to create shorts for What a Cartoon!, and also write and direct episodes of Dexter’s Laboratory, Cow & Chicken and Johnny Bravo. Bunsen is a Beast marks Hartman’s fourth animated series for Nickelodeon. His first series, The Fairly OddParents, grew of a short he created for Oh Yeah! Cartoons and has run for 10 seasons since debuting in 2001, and has inspired several TV movies. Danny Phantom (3 seasons) premiered in 2004, and T.U.F.F. Puppy (3 seasons) debuted in 2010. Hartman joined Nickelodeon in 1998. 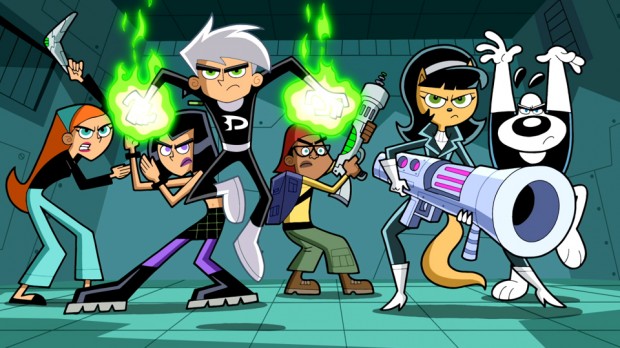