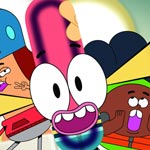 Viacom’s new “studio model” strategy will see Nickelodeon Animation produce a new Pinky Malinky series for Netflix, as the company begins to turn its brands toward developing shows for OTTs and other third parties. The concept — a mockumentary comedy about an anthropomorphic hot dog with an infectiously positive personality — was originally greenlit by Nickelodeon in 2015. Pinky Malinky was co-created by Chris Garbutt and Rikke Asbjoern (The Amazing World of Gumball).

The middle-school-aged sausage and his two best buds made their first appearance on Nickelodeon in 2016, bolstered by an active social media presence. The Netflix series is set to debut this summer. Bakish confirmed two seasons totalling 59 episodes. While Netflix will distribute the Nick-branded show, Viacom retains licensing rights for consumer products.

Under this model, Viacom’s MTV will be tilling up its 30-plus years of content (as with animated reboot Daria & Jodie). The company’s six other flagship networks — including Comedy Central — will also be rooting around for characters and concepts from the archives that can be updated for modern audiences.

“We’re already mining our libraries of IP to create long-form episodic content that might not fit our linear brands today but could work for others,” Viacom CEO Bob Bakish told investors during a Q2 earnings call. “For example, there is a lot of interest from SVOD partners in licensing library properties from MTV and Nickelodeon IP for brand-new interpretation.”

The move is distinct from the strategy of Disney — creating its own OTT for its content. Industry watchers believe that Viacom will commit to its model for the long-term, using digital content demand and the massive distribution reach of these platforms to scale up its efforts and help the stolidly traditional company gain a footing in the 21st century media landscape. 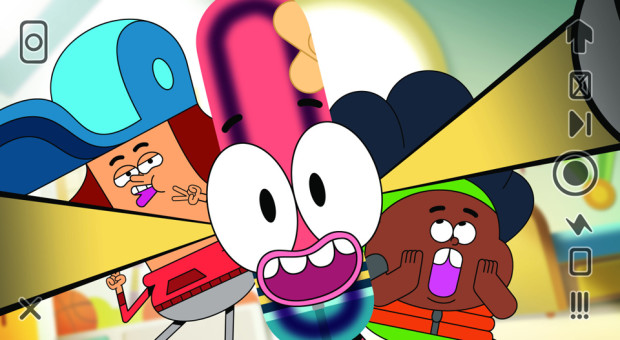