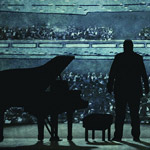 Marie-Josée Saint-Pierre’s animated documentary short Oscar — a biographical piece on acclaimed jazz pianist Oscar Peterson — has been made available to stream for free on NFB.ca as of Friday, June 30. The film was screened the same day in honor of the afternoon’s presentation of the Oscar Peterson Award at the Montreal Jazz Festival, with the legend’s daughter Céline in attendance.

As part of the jazz fest’s lineup, Oscar will also screen at Montreal’s Cinéma du Parc theater, prior to the documentary features Chasing Trane: The John Coltrane Documentary, by John Scheinfeld, and Bill Frisell, A Portrait, by Emma Franz. The French version of Oscar will be broadcast on the Télé-Québec television network and streamed in Télé-Québec’s “Zone vidéo.”

Synopsis: Oscar blends animated sequences and archival footage in its touching portrait of virtuoso pianist Oscar Peterson at the twilight of an exceptional career, as he wistfully meditates on the price of fame and the impact of the artist’s life on relationships with family members. From his beginnings as a young prodigy in Montreal’s Little Burgundy district to his triumphs on the international stage, this animated documentary explores the profound solitude of an artist constantly on tour. Set to the tunes of Peterson’s sometimes catchy, sometimes melancholic compositions, the film tells a heartfelt story about a life in jazz.

Produced by Saint-Pierre and Jocelyne Perrier for MJSTP Films and Marc Bertrand for the NFB, Oscar was made in collaboration with Télé-Québec. Julie Roy is the executive producer. The film premiered at LA Shorts Fest last year, and has since screened at a number of festivals across Canada, Europe, Asia and the US. Oscar won an Audience Choice Award at the New York City Short Film Festival, and the Animation Award at the Yorkton Film Festival in Saskatchewan. It was also nominated in the 2016 Gala Québec Cinéma. 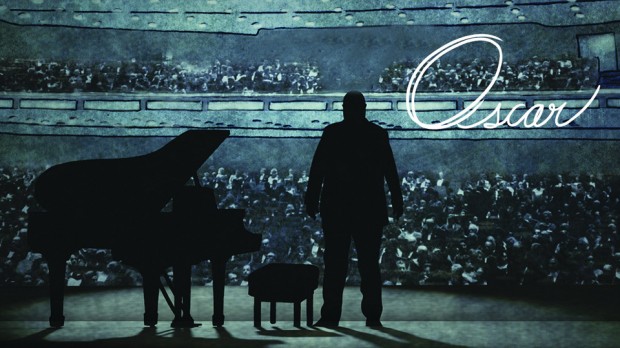