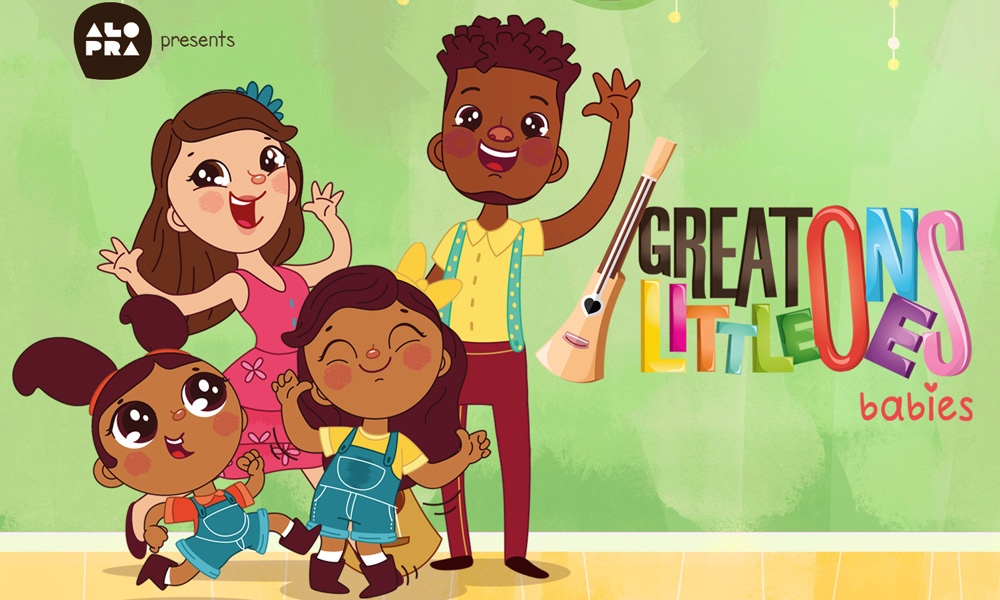 Ameba TV Picks Up Toon Trio from Brazilian Studio ALOPRA
The kids’ streaming platform has licensed three of the studio’s original animated series for Canada and the U.S. Great Little Ones (14 episodes) is set in a place where different is normal, fun is lead by music and learning comes with many laughs. Great Little Ones: Babies (12 eps.) takes place in the same world with a poppier 2D look aimed at younger viewers, with a focus on cognitive development. And Oppa Keki (13 eps.), which stars a tortoise who hates getting wet and a claustrophobic armadillo as they explore the Amazonian ecosystem.

“There is an enormous amount of wonderfully produced children’s content available outside of North America. Our attendance at this year’s Mipcom 2018 gave us a true sense of just how much there was and how a large amount of companies are interested in finding new avenues to reach young audiences throughout North America. We are so excited to partner with Alopra and look forward to bringing these wonderful animated properties to our young viewers,” Tony Havelka, CEO of Ameba.

Iconic Holiday Curmudgeon Returns to Mobile in Jam City’s ‘Panda Pop’ Grinchmas Takeover
The Grinch is taking a detour around Whoville and visiting the Panda Pop dojo this month, bringing his special brand of humbug to the hit bubble shooter game. The takeover is a collaboration between Dr. Seuss Enterprises and White Space Entertainment.

“Last holiday season, Panda Pop audiences adored the debut of The Grinch in their favorite mobile game. From the festive artwork, to Grinch-themed events, players loved seeing an icon of the holidays in the game,” said Vanessa Rouhani, Vice President of Publishing at Jam City. “After last year’s response, we’re thrilled to bring even more of the fun, humor and nostalgia of this beloved character to our millions of Panda Pop players, for this special season.”

‘Castlevania’ Producer Adi Shankar Joins ‘Superman vs. the Ku Klux Klan’
The PaperChase Films production directed by Marc Rosen is based on the book by Rick Bowers, which tells the true-to-life story follows Stetson Kennedy, a man who courageously went undercover to infiltrate the KKK in 1946. In a remarkable alliance, Kennedy, the Anti-Defamation League and the producers of the Superman radio show, joined forces to expose the cultish insanity of the KKK, severely damaging their influence.

“Superheroes operate outside the scope of law and offer us hope that someone will rise up and protect us when government and other institutions cannot or will not. This story shows the power of the superhero mythology and it’s tangible impact on the physical world,” said Shankar.

Up for Best Animated Short are Cazatalentos by José Herrera, El olvido by Cristina Vaello & Xenia Grey, I Wish… by Víctor L. Pinel, and Soy una tumba by Khris Cembe.

WATCH: ‘DreamWorks Voltron’ Season 8 Trailer 2
DreamWorks Animation Television released the final season eight trailer for Voltron Legendary Defender, debuting Friday, December 14 only on Netflix. After saving the Earth, the Paladins embark to prevent Honerva from setting into motion her deadliest plan yet. It’s a race against the clock as the Voltron Coalition gathers from the corners of the galaxy to defend the universe once and for all.

WATCH: ‘Never-Ending Man’ The Birth of Boro
Don’t miss the amazing documentary on legendary Studio Ghibli director Hayao Miyazaki, which will have its second U.S. theatrical special screening on December 18 through GKIDS. Want another taste? Here’s a second fresh clip: “Working with CGI”. 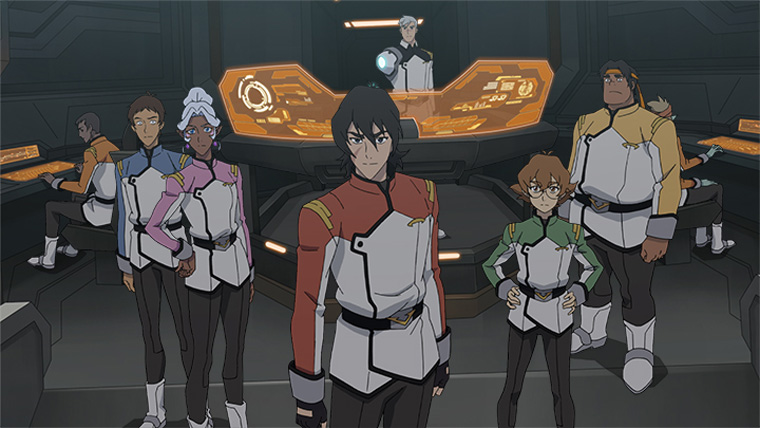