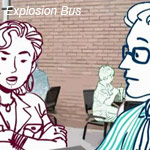 In case you’re missing out: “Squigglevision” inventor Tom Snyder and comedian Jonathan Katz, the co-creators of Comedy Central’s Emmy-winning animated series Dr. Katz: Professional Therapist, are back in the toon game with an animated web series called Explosion Bus. There, now you have no more excuses for not watching.

The series, which has new season 1 episodes unveiling  weekly at www.explosionbus.com and on YouTube through July, is created by Snyder, Katz and comedian Tom Leopold (writer: Seinfeld, Cheers, Ellen). Katz and Leopold star in the show, which follows them as they cross the nation with their homegrown traveling talent search, the Explosion Bus.

Explosion Bus is a unique experiment in fan interactivity, with viewer-submitted talent auditions incorporated into each episode, and live-action spin-off shows released between full episodes. Season one is comprised of 21 five-minute episodes, and season two is set to debut in August with a new animation style recently revealed in stand-alone “Live at the Teachers Lounge” shorts. 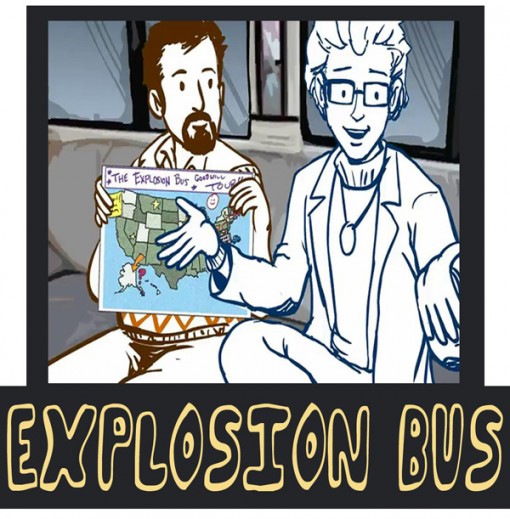