New episodes from the second season of Amazon’s multi-Emmy Award-winning original preschool series Tumble Leaf will debut on Prime Video on Friday, May 6. Prime members can stream the series at no additional cost through the Amazon Video app for TVs, connected and mobile devices, or online. Members can also download the series to their iOS, Android and Fire devices for offline viewing.

The May 6 arrivals will continue the adventures of curious blue fox Fig and his wiggly caterpillar friend, Stick, as they set out into nature and discover science through play. Tumble Leaf is created by Drew Hodges (Community) and executive produced by Kelli Bixler (The Roadents), of Bix Pix Entertainment. The voice cast is lead by Christopher Downs as Fig, Brooke Wolloff as Maple, Zac McDowell as Hedge, Addie Zintel as Pine and Alex Trugman as Ginkgo. 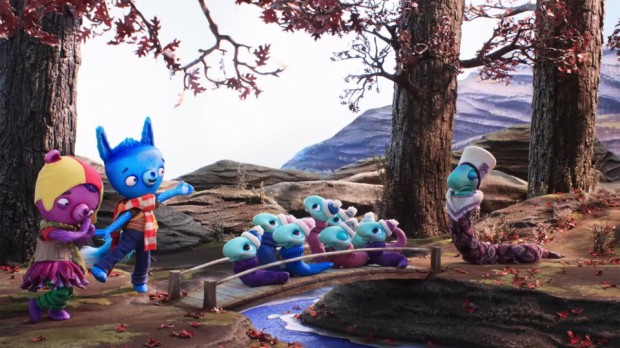