“Andrew and I have been best friends since 1st grade, so this show is over 30 years in the making. I can’t wait to tell all the stories that make up the glorious nightmare of puberty,” said Kroll. Big Mouth will debut in 2017.

Animated action-comedy Skylanders Academy follows the heroic adventures of the Skylanders team, a ragtag group of heroes with unique elemental skills who travel the vast Skylands universe, protecting it from evil-doers. They achieve victory by setting aside their egos, learning to trust one another and fighting as one to maintain harmony and balance in the land. Led by showrunner Eric Rogers (Futurama), the series features the voices of Justin Long (Ask Me Anything) as Spyro, Ashley Tisdale (High School Musical, Phineas and Ferb) as Stealth Elf, Jonathan Banks (Breaking Bad, Better Call Saul) as Eruptor and Norm MacDonald (Saturday Night Live) as Glumshanks. Additional voice talent includes Susan Sarandon, Daniel Wu, Parker Posey, James Hetfield, Catherine O’Hara, Chris Diamantopoulos and Harland Williams, among others. Thirteen episodes this Fall, second season in late 2017.

Based on the award-winning and best selling book series by author and illustrator Anna Dewdney, Llama Llama is an animated show about childhood moments and adventures, as well as the special connections between lead character Llama, his parents, grandparents and best friends.L lama Llama tells heart-warming tales of life in a safe, friendly town seen through the eyes of Llama as he interacts with the amazing world around him. The series is led by an all-star team of creators including Oscar-winning director Rob Minkoff (The Lion King), director Saul Blinkoff (Doc McStuffins), showrunner Joe Purdy, legendary art director Ruben Aquino (Frozen, The Lion King, Aladdin, Mulan) and Emmy-award winning producers Jane Startz and Andy Heyward.

Inspired by the Oscar-nominated film Spirit: Stallion of the Cimarron, Spirit Riding Free follows the heartfelt journey of a wild mustang who could not be tamed. A whole new generation will experience all the daring adventures when Spirit meets a girl named Lucky whose courage matches his own. Together they push limits, harness the power of friendship and discover what it means to be free. With their best friends by their side, they explore a world filled with endless rides, magnificent horses and never-ending fun. Premieres exclusively on Netflix in 2017 in the U.S., Canada, Latin America, UK, Australia, New Zealand, Ireland, the Nordics, Benelux and France.

In the season one finale, we find our heroes Kong and Lukas falling into a volcano at the hands of their main antagonist, Botila. At the start of season two, the fate of the group will be revealed and viewers will discover a prehistoric underworld where dinosaurs roam the land, pterosaurs soar and giant insects still exist. Will Kong, Lukas and their loyal team manage to save the Earth from Botila’s plans to replace nature with technology? Netflix members worldwide will find out in 2017.

From producer Bob Weinstein comes an animated adventure comedy series based on the beloved family film franchise, Spy Kids. The show follows brother and sister team Juni and Carmen Cortez as they attend Spy Kids Academy, a top secret spy school for kid agents. When a new counter-spy agency threatens the safety of the world, it will be up to junior spies Juni and Carmen to train and lead a team of fellow Spy Kids cadets against the forces of S.W.A.M.P. (Sinister Wrongdoers Against Mankind’s Preservation) and their diabolical leader, Golden Brain. The Mission Critical team may not be ready, but they are the only ones to call when grown-up spies can’t do the job! FM DeMarco of Netflix original series Dragons: Race to the Edge is head write. Available to Netflix members worldwide in 2018.

A production of Silvergate Media, the makers of Octonauts, in collaboration with Mercury Filmworks, Hilda transforms the Eisner-Award nominated graphic novels by Luke Pearson and published by Nobrow into an incredible animated adventure for older kids. The series follows the journey of a fearless blue-haired girl as she travels from her home in a vast magical wilderness full of elves and giants to the bustling city of Trolberg, where she makes new friends and discovers mysterious creatures who are stranger – and sometimes more dangerous – than she ever expected. Available to Netflix members worldwide in 2018. 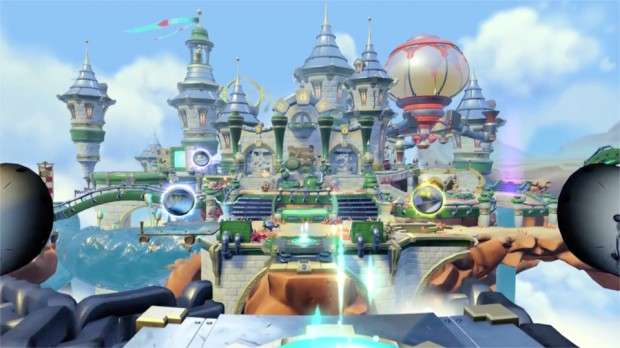