Raphael Bob-Waksberg’s acclaimed adult-targeted 2D series BoJack Horseman is getting back in the saddle, with season three premiering on Netflix on Friday, July 22. Produced by The Tornante Company and ShadowMachine, the darkly comic Netflix Original Series features the voices of Will Arnett, Amy Sedaris,  Alison Brie, Paul F. Tompkins and Aaron Paul.

Season 3 synopsis:
BoJack is grappling with his legacy while trudging through an increasingly turbulent Oscar campaign for his star-making turn in the Secretariat biopic. BoJack struggles with how he’ll ultimately be remembered by his fans and what lasting impact he’s made on those closest to him. Also, there are lots of silly puns and talking animal jokes and celebrity cameos and all the other stuff that everybody loves about BoJack Horseman. It’s a very funny and good season of television. Don’t worry. 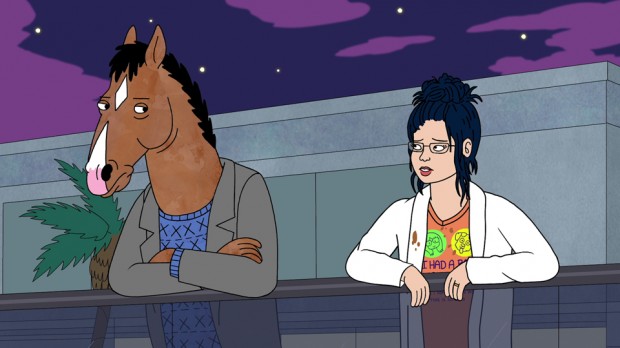