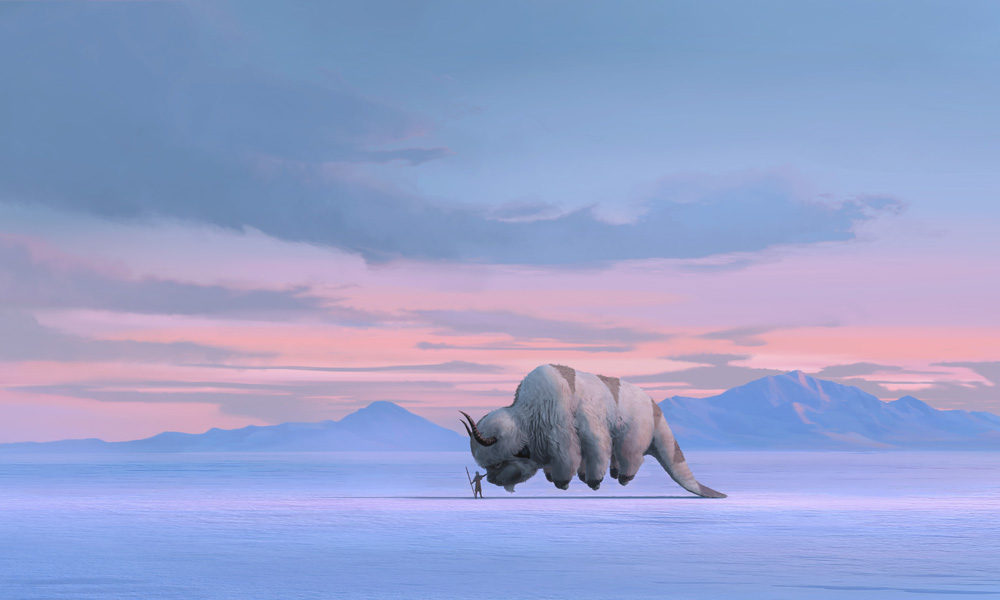 Netflix will be reimagining the amazing world of elemental benders with a new live-action series based on Nickelodeon’s award-winning animated series Avatar: The Last Airbender. Original series creators Michael DiMartino and Bryan Konietzko return as showrunners and executive producers for this Netflix-exclusive project, with production slated to begin in 2019.

“We’re thrilled for the opportunity to helm this live-action adaptation of Avatar: The Last Airbender,” the creators commented in the announcement. “We can’t wait to realize Aang’s world as cinematically as we always imagined it to be, and with a culturally appropriate, non-whitewashed cast. It’s a once-in-a-lifetime chance to build upon everyone’s great work on the original animated series and go even deeper into the characters, story, action, and world-building. Netflix is wholly dedicated to manifesting our vision for this retelling, and we’re incredibly grateful to be partnering with them.”

Melissa Cobb, VP of Kids & Family Content for Netflix, added: “We are committed to honoring Bryan and Mike’s vision for this retelling and are thrilled to support them on creating a live-action event series, bringing Aang’s epic world of elemental magic to life for global audiences on Netflix.”

Avatar: The Last Airbender debuted on Nickelodeon in 2005 and ran for three seasons, concluding its epic story in 2008. Drawing critical acclaim and fan admiration for its visual quality and rich storyworld, the show follows the adventures of Aang and his friends as he learns to master their powers of martial arts-inspired “bending” powers over the elements, and set out to save the world from Fire Lord Ozai and his warring Fire Nation.

The animated series won Annie Awards, Genesis Awards, a Primetime Emmy Award and a Peabody Award during its run.

“Avatar: The Last Airbender continues to grow and resonate with fans around the world due its combination of relatable characters with all their foibles and a fully realized world of epic, high-stakes stories and adventures,” said Chris Viscardi, SVP Animation Production and Development for Nickelodeon. “This partnership with Netflix is part of our broader efforts at Nick and Viacom to tap into our enormous library of culturally resonant properties to produce new interpretations, and we can’t wait for people to see Netflix’s live-action version of Avatar.”

Avatar: The Last Airbender received a complete series Blu-ray release earlier this year, containing all 61 episodes and generation nearly $5 million in retail sales. The series spun off into successful comic-book and graphic novel series which continue to delve into new stories. The show was previously adapted for live-action in M. Night Shyamalan’s The Last Airbender in 2010, but we don’t talk about that.