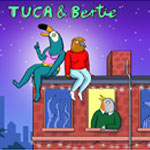 Streaming titan Netflix continues to expand its original animation offerings with an order for a new series from the creative minds behind BoJack Horseman. Created by Lisa Hanawalt, Tuca & Bertie will feature the voice of award-winning actress and comedian Tiffany Haddish (Girl’s Trip) as Tuca.

Produced by Michael Eisner’s The Tornante Company with animation by ShadowMachine, Tuca & Bertie is a 10-episode comedy series about the friendship between two 30-year-old bird women who live in the same apartment building. Tuca is a cocky, care-free toucan, while Bertie is an anxious, daydreaming songbird.

Creator Hanawalt is a producer on BoJack Horseman and crafted the show’s distinctive designs. She is joined as exec producer on Tuca & Bertie by her BoJack colleagues Raphael Bob-Waksberg, Noel Bright and Steven A. Cohen, and Haddish. The new series is inspired by Hanawalt’s comics, as seen in the 2016 collection Hot Dog Taste Test.

Haddish is a rapidly rising star, having received multiple critics org. awards for her breakout role in Girls Trip (2017). Her latest stand-up special, Tiffany Haddish: She Ready!, debuted on Showtime late last year, and she will next be seen opposite Tracy Morgan on The Last O.G. (TBS) and opposite Kevin Hart in Universal Pictures’ Night School. Haddish also recently inked a first-look deal with HBO and published her bestselling first book, The Last Black Unicorn. 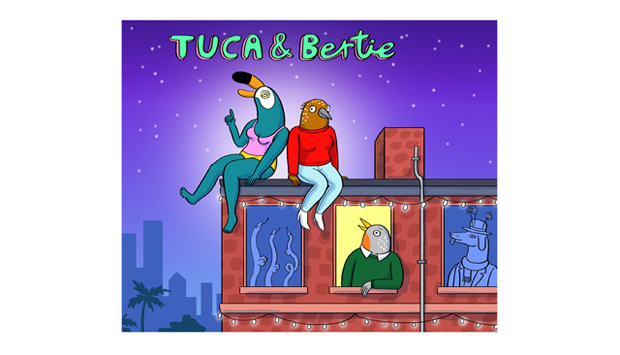