Leading internet TV network Netflix has announced premiere dates, new series and specials to be available globally in all its territories in the near future. Among these are a new grownup toon from comedian Bill Burr, a slew of kid-friendly programs and season three of BoJack Horseman.

F Is for Family is created by and stars Bill Burr, with Laura Dern and Justin Long. Produced by Gaumont International Television, the series is a riff on family sitcoms based on Burr’s standup, particularly issues of political correctness and the joys of complaining, and is set in the 1970s. Emmy-winning Simpsons writer Michael Price is co-creator. (Fourth Quarter 2015)

New original kids & family series include DreamWorks Animation’s Dinotrux (Aug. 14), Cartoon Saloon’s Puffin Rock (Sept. 1); and the revamps of ’80s classics Popples (November) from Saban Brands and Care Bears & Cousins from American Greetings Properties (December) for young audiences. Animated fare for older kids will be augmented with Way Too Wonderland (Aug. 14) — the next chapter for the charming characters of Mattel’s Ever After High franchise. 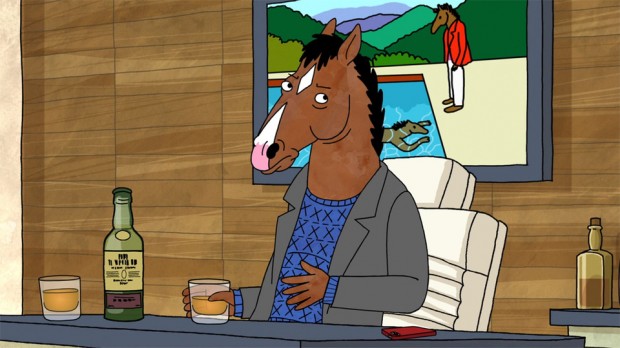